Given that we’re talking about some relief for homeowners who are so far underwater that they’ve completely lost the value of the down payment they paid on their homes, I thought NY Attorney General Eric Schneiderman’s use of the phrase “down payment” to be a curious way to describe that he considers this settlement just the first step toward achieving justice.

Down payments don’t have the kind of value they used to have.

Perhaps the most interesting thing Schneiderman said other than that, though, was he thought they’d get some relief from MERS through legal means, and therefore wouldn’t need any legislation about MERS. Does that mean he thinks he can shut down MERS with his suit? Let’s hope so. That would go a long way to fix the problems in our mortgage system.

Other than that, he offered little explanation of my two main questions about this: 1) how he expects to get to the underlying problems with mortgages–the securitization problems–without using the robosigning efforts as a way to work up a chain to a real prosecution and 2) how letting banks off the hook for fraud and forgery doesn’t encourage more of the same?

In his press conference–and at more length in an interview with Greg Sargent–he said we skeptics should believe that Obama (now) takes this seriously because of assurances he gave Schneiderman and the emphasis he gave it at the SOTU.

Asked if progressives should be skeptical of the administration’s assurances, given the lack of accountability so far, Schneiderman insisted that Obama’s private and public assurances have left him convinced he is serious about a real accounting.

“He took ownership of this,” Schneiderman. “Sometimes people on the left have to take yes for an answer. The President is accepting the challenge. It’s time for progressives to say, `okay, he’s moving with us now, he’s using resources of government to aggressively pursue the malefactors of great wealth, as Teddy Roosevelt put it.’”

Perhaps most interestingly, Schneiderman said that the coalition of liberal, progressive and labor organizations that had come together to insist that the current settlement not let the banks off the hook would help force the task force to ultimately succeed.

“This will ultimately depend on the coalition that’s assembled around these principles,” Schneiderman said. “We’ve now got a progressive coalition that … can move public officials to take a more aggressive approach.”

I do have some faith Scheiderman will succeed in doing some real investigation. But when I read this description of Obama’s commitment, I couldn’t help but think of Elizabeth Warren. Sure, she got a CFPB set up. But when it came time to using a recess appointment to put her in charge of it, well, that never happened.

Also, to trust Obama on this? He’s the same guy who promised accountability on illegal wiretapping and changes to FISA Amendments Act.

I still trust Schneiderman will get some investigation here, but I’ve learned from experience that Obama may renege on his promises to progressives for accountability. 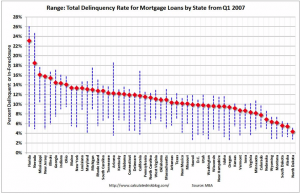 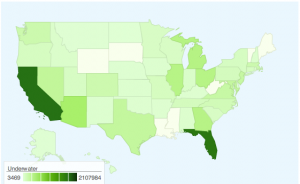