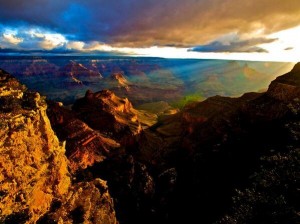 Yes, I framed the title of this article as if Governor Brewer has already vetoed the discriminatory piece of legislation known as SB-1062. Because it is a done deal and, frankly, has been from the start. I am thankful for all the support that national people, and regular citizens and groups from all over the country, have given to the veto effort, it has been extremely helpful in giving Brewer cover for the veto to come.

But it was coming anyway, and that was the case from the moment the bill was passed out of the state legislature late in the day last Thursday, February 20.

Indeed, as I write this, MSNBC has Joy Reid on the air babbling about “WHAT HAS TAKEN BREWER SO LONG!”. But that is symbolic of the hyperventilating demagoguery that has also been part of this discussion. The simple fact of the matter is that the bill was not even transmitted to the Governor’s office until Monday the 24th and Brewer did not return from her trip to Washington with other governors until late Tuesday the 25th. So, despite the hue and cry, the first real opportunity for Brewer to formally enter her veto is today. So, what is “taking so long”, at least until today, is not really a mystery in the least.

Now, let’s talk about why the veto was a foregone conclusion if you really understand Arizona politics. First off, let me start by saying that the often popular characterization of Jan Brewer as a raging ideological shrew is not particularly accurate on the whole. In fact, my take on her going back to the 1980s, when she was a somewhat amusingly unfiltered voice in the state house of Representatives, is that she is personally a decent lady, albeit one of a conservative bent. She is, however, an aggressively pragmatic politician, which factors into the following reasons she was going to veto SB-1062 from the get go.

Here are several of the critical reasons why:

1) Brewer took some hard lumps, and rightfully so, in the matter of SB 1070, the 2010 immigration enforcement law that was discriminatory in animus, and saw up close and personal what wrath could be generated by business and the national public on an issue like this. And, by the way, it should be noted that SB-1062 does not just provide enhanced sanction of discrimination against the LGBT community, but potentially a whole spectrum of other groups. These groups matter, and Brewer knows it.

2) Brewer has, for pretty much the entirety of her career been shepherded and advised by a close group of advisors, with the most primary one being Chuck Coughlin. There are others of current significance, including Grant Woods and Matthew Benson. Any move Brewer makes has involved advice from her inner circle and she listens to them. And she should, they have taken her way further than ever was imaginable when she started off in the legislature. What is one defining focus among all these critical advisors, but, again, notably Coughlin? The Arizona business community. Always. And the advisors, too, remember the 1070 strife and have seen the trend and movement in the country and courts on LGBT rights. Coughlin et. al are the definition of conservative, but they are not stupid.

3) The Arizona business community was hoping they never had to get to this point, but once SB-1062 was passed, there was simply no question but that they would lobby hard against signature by the Governor. It was far from just me who realized this, so too did one of the best local political reporters, Brahm Resnik. So too did long time Republican PR and political specialist Barrett Marson:

Just a few hours after passage of #SB1062, can there be any doubt that @GovBrewer will veto it? Biz groups en masse coming out against.

And boy have they. As a native here, it has actually been pretty refreshing to see big business step up on this one as they have. The Arizona Chamber of Commerce, Phoenix Chamber of Commerce, Southern Arizona Leadership Council, Intel, Apple, JPMorgan Chase, GoDaddy Group, Delta Air Lines, American Airlines, Marriott Hotels, all major newspapers and a plethora of others started stepping up almost immediately on passage

There are other reasons, including the nearly across the spectrum outcry of major Arizona politicians, including both US senators, and even several of the state legislators who originally voted for the pernicious SB-1062. But my original analysis, along with many here in the Copper State, was that veto was inevitable because of the business interest.

Once the issue of “if” there will be a veto was out of the way, the real question became “when”. As described above, the timing of the veto did not even start until presentment to the Governor’s office Monday, and, really, last night when Jan Brewer returned to Phoenix. But now it is time. The damage and unnecessary humiliation from the whackadoodle legislature is already significant. Governor Brewer IS going to veto this thing, and she should do herself, and the state, a serious favor and do so immediately. I started agitating for this before Brewer even returned from Washington DC.

The point was also made this morning by a prominent Democrat in the state senate, Anna Tovar:

Well, we are very optimistic she will veto the bill, but again, every second she doesn’t veto the bill is a black mark on the state of Arizona. We’ve asked the governor as of yesterday to swiftly veto this bill when she arrived yesterday, the second she got off the plane.

Arizona is in the headlines for all the wrong reasons, we want to focus on the priorities of our state.

That is a fact. Republicans are saying it, Democrats are saying it, the business community is saying it, I am saying it. Brewer has until late Saturday night to issue the veto before SB-1062 becomes law. It is widely expected she will do it, at a minimum, before Friday night’s Arizona Chamber of Commerce dinner honoring her, and that is almost certainly correct. But Friday afternoon is not soon enough. Not at all.

It is absolutely in the best interests of both the state of Arizona and Jan Brewer to issue her veto of SB-1062 immediately.

Do it now. Do not wait one more painful and damaging second.