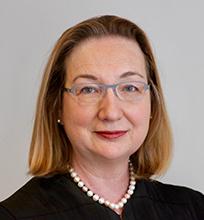 Howell repeatedly expressed puzzlement at how the Justice Department was managing the Jan. 6 cases, especially for defendants charged solely with misdemeanor crimes. She questioned prosecutors using “scorching” rhetoric to describe the severity of the attack on the Capitol while also using words like “trespass” to describe what some defendants, including Griffith, did that day. She described the government’s brief as “almost schizophrenic.”

She also pressed prosecutors to explain why the government was offering plea deals for low-level charges that limited judges’ options at sentencing, especially when prosecutors had articulated that one goal of these cases was to prevent a similar postelection attack on the peaceful transfer of power in the future.

“This is a muddled approach by the government,” she said. It is “no wonder,” she said, that some people “are confused about whether what happened on Jan. 6 was a petty offense of trespassing or shocking criminal conduct that represented a grave threat to our democratic norms.”

Howell’s complaint about the seeming inconsistency between DOJ’s rhetoric on the attack itself and the charges being filed may stem, in part, from the fact that Howell has a greater proportion of misdemeanor defendants than other judges, and so doesn’t see how there’s a continuum among defendants. Of the 30-some defendants whose cases she has, Grady Owens and James McGrew are two of her only more serious cases, plus Nick Ochs and Nick DeCarlo from the Proud Boys.

But her complaint about the way DOJ has tied judges’ hands on sentencing raises an important point. She worried about whether DOJ will really be able to collect restitution payments, given that that normally happens as part of supervised release and these class B misdemeanors don’t permit that (something discussed at length yesterday). And ultimately, she decided that because that’s all Griffith was asked to plead to, she wouldn’t sentence him to jail time, as DOJ had requested.

That said, several minutes after she issued her ruling for a 3 month probationary period, she added a term of supervised release that confused me and others covering it. I think the sentence she did impose — three months in home confinement with a GPS, as part of three years of probation — is not a bad one for those DOJ charges with misdemeanors.

Defendant sentenced on Count 5 to serve a term of thirty-six (36) months Probation which includes a special condition of 90 days of home confinement; Defendant ordered to pay a $10.00 special assessment and restitution in the amount of $500.00; imposition of a fine waived. Government’s oral motion for the dismissal of Counts 2, 3, and 4, granted as to Defendant JACK JESSE GRIFFITH. Bond Status of Defendant: Defendant placed on Probation.

Howell focused closely on deterrence — and argued that sentences without jail time will not adequately deter further events. But Griffith will still face a three month period where his conditions of release are more harsh than they currently have been, outfitted by a GPS. And by sentencing him to an extended probationary period, Howell has limited the degree to which Griffith can engage in armed insurrection.

As it is, the courts are overwhelmed with the number of January 6 defendants. Even without the legitimate challenges to the way DOJ has used obstruction in this case, it’s unlikely they would have been able to charge more felonies. This sentence is a way to limit the possibility Griffith will rejoin an insurrection without submitting him to radicalization in prison.

And as of right now, between Tanya Chutkan’s jail terms and Trevor McFadden’s brief probation terms, the misdemeanor sentences are disconcertingly all over the map. I’m hopeful that this sentence will serve as a better guideline going forward.

There’s one more detail of yesterday’s hearing worth noting. James Pearse, the AUSA in charge of most of the legal issues in this investigation, gave Judge Howell a detailed explanation of how DOJ had come up with the $500 restitution amount (with $2,000 for felony defendants). He described that the Architect of the Capitol came up with a damages amount in May, and DOJ spread that over the estimated number of people who had entered the Capitol. He described their estimate at that point was 2,000 to 2,500.

This means DOJ has come up with the same estimated number as the Sedition Hunters did (as described in this Ryan Reilly piece; click through for links), working off an estimate of flow rate of people coming into the Capitol.

In the weeks after the attack, law enforcement officials estimated that 800 people had entered the Capitol. That number stuck around in media coverage for months, becoming a benchmark against which the FBI’s progress has been measured. The 800 figure has been mentioned in stories as recently as this week.

In reality, as online sleuths have discovered over the past several months, that’s only a fraction of the scope of criminal activity that day. A HuffPost analysis of public-facing data on the Capitol attack, combined with the findings of online investigators working under the #SeditionHunters moniker, shows that the total number of Jan. 6 participants who could face charges if identified tops 2,500.

Federal investigators have quietly ticked up their own estimate. In a budget request earlier this year, the FBI told Congress that “approximately 2000 individuals are believed to have been involved with the siege.” Law enforcement officials did not dispute HuffPost’s 2,500 figure.

That means federal authorities have charged about 25% of the suspects who could face criminal charges for their conduct on Jan. 6. At the current pace, it would take federal authorities until early 2024 to bring cases against 2,500 defendants. And some of the easiest cases to bring, the “low-hanging fruit,” have already been charged.

Online investigators, who have been responsible for identifying countless Jan. 6 defendants and will play a role in dozens of forthcoming FBI cases, have counted more than 2,000 individuals they say breached the Capitol building. These sleuths refer to the people they say they spotted inside the Capitol as “Sedition Insiders,” and have collected the highest-quality image they’ve found of each rioter (even if that photo was snapped while the suspect was outside the Capitol).

When Pearse offered this number, he explained that DOJ didn’t want to explain how it came up with this number — which led me to quip that maybe they had used the Sedition Hunter number. That’s not possible, though, as the calculation predates it. It’s likely, then, that this number relies (at least partly) on the number of trespassers identified using cell tower dumps, which reflect all the phones and Google access, less those who had a legal reason to be in the Capitol.

Ultimately, of course, this means that restitution won’t pay for all the damage to the Capitol, as prosecutors seem to be limiting further misdemeanor arrests to those who serve an investigative purpose (such as to obtain their cell phone for evidence against others).

Unless, of course, prosecutors ultimately move towards holding organizers accountable for the damage their mob incited.

Whatever the case, DOJ continues to fall short of providing compelling explanations of how all the parts of the riot fit together in either public statements or court filings. And on that level, Judge Howell’s complaint deserve closer attention from DOJ. 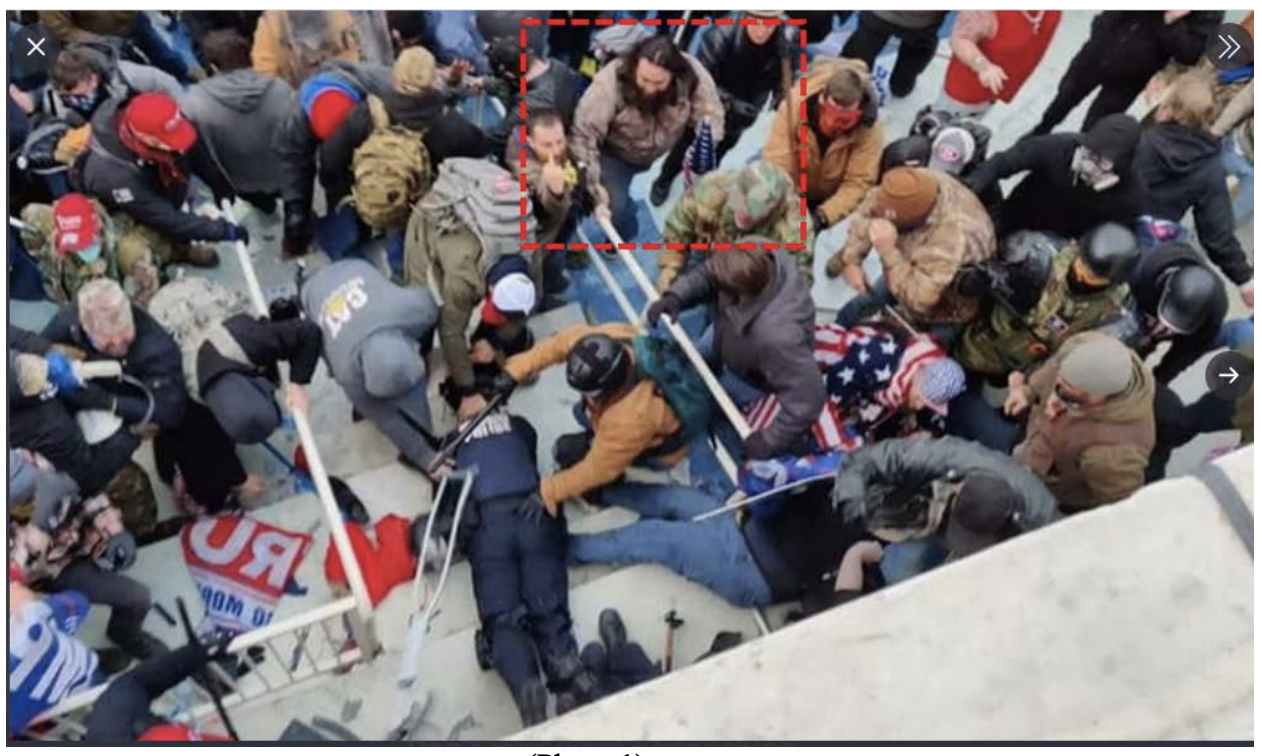 Yesterday, Merrick Garland marked two milestones in the January 6 investigation: 500 arrests, of which 100 were for assaulting police.

The Department of Justice reached several benchmarks in our investigation into the January 6th attack on the U.S. Capitol.

I could not be more proud of the extraordinary effort by investigators and prosecutors to hold accountable those who engaged in criminal acts that day. Particular credit goes to those serving as prosecutors and agents in Washington, D.C., as well as those in FBI field offices and U.S. Attorney’s Offices across the country, and with the Department’s National Security Division.

Our efforts to bring criminal charges are not possible without the continued assistance of the American public. To date, we have received their more than 200,000 digital tips.

I’ve been tracking the charged assaults (and a few related crimes). Here’s my list, which includes several people who really resisted arrest (but got charged under 18 USC 111). Note this list also tracks how the FBI identified the defendant, which shows that FBI has been relying on “Be On the Lookout” photos to identify assailants. As of right now, all these defendants have pled NOT guilty and are assumed innocent. [fixed typo]

As you read this list, keep in mind that FBI has released 410 BOLOs, most for assault, and well over 200 of those people remain at large. And of course, the FBI has not yet apprehended the pipe bomber.