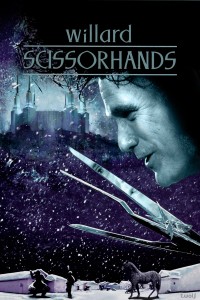 Yes, I am absolutely serious about the implication in the title of this post.

I was scrolling through my twitter feed about lunchtime here, after doing some work, and found this exchange between two people I follow, Carrie Johnson and Dan Froomkin:

Well, after reading the article Froomkin referred to in his tweet, an AP report on an Amish hate crimes conviction handed down today, I thought there were clear parallels with Mitt Romney’s known pattern of misconduct. Here is the key gist of the AP report on the Amish hair cutting hate crime:

Hmmmm, where do I remember a completely similar, in every way, violation of a human individual’s sanctity and rights to individualism and free expression, not to mention of course, forced hair cutting, under the Constitution of the United States? Oh, yes, it was from the once and always juvenile and self entitled Mitt Romney:

Many of today’s principals would be likely to throw the book at a student who pinned down a classmate and clipped his hair, as Republican presidential candidate Mitt Romney did as a high school senior in 1965.

Romney was not disciplined at the time. If such an attack happened in the public schools of 2012, it would probably lead to suspension and might also be referred for expulsion, a number of local school leaders said following a Washington Post report of the incident involving Romney.

Yes, one would hope that “today’s principals” might treat the brutish otherism and hatred of Willard “Mitt” Romney a bit different today. But, seriously, the same intellectual, moral and character deficits that are present now, were present to any competent mind then. Mitt Romney’s hate crime conviction worthy act was not mere misguided words, as so many engaged in at during those times, but instead it was a violent and injurious physical felonious assault. You can call it partisan to say this, and you would be a bloody ignorant and simpering fool to do so. I trust most of you in the national, main stream media, who actually have the time and claimed IQ to actually read this and react intellectually.

This is the “intellect” and “mind” that now seeks to lead the, still, most powerful nation on earth? Mitt Romney would be headed to federal prison if past were but falsely discarded prologue.

Mitt Romney is now, and always has been, a self important, self entitled, brutish chameleon that blithely does whatever he wants, and is willing to say whatever it takes, to get over on others. That is not a leader; it is the mark of a congenitally entitled power mad, craven, flip flopping, and hollow shill. 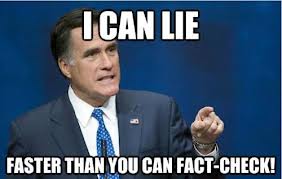 It is the mark of a man who is a pliable and troubled soul in need of counseling, and the antithesis of a leader for the enlightened and informed free world. Which also kind of explains Mr. Romney’s craven and supremely self serving attempt to try to capitalize on the death of US ambassador Chris Stevens while the event was still very much in play as an United States foreign relations interest.

That is not the mark of a leader, it is the mark of a cowardly lout. Such was, and is, the best the GOP had to offer in their self proclaimed can’t lose year of destiny.

For any halfway informed citizen, and certainly for the supposedly intelligent members of the political press, the foregoing are some things you ought to consider and report. To report a false horserace that is serving to yourself (as Romney always is to himself) is one thing; but to ignore facts in craven servitude thereof is yet another. I know leading members of the press will see this, where will you go? Have you even the small balls to follow on?

There are choices in the political landscape. They may be constrained to where it is a choice between the lesser of two very much evils. That is indeed the choice before the nation today. The problem is the evils are painted as equal, and that is a lie.

Where will the national press go? I think I know, and I suspect it is to feign ignorance. But just to make the stakes clear, if the national press covered the facts and results of Matthew Shephard, and now are willing, through AP or otherwise, to report on the Amish hair cutting hate crime, then YOU NEED to make the analogy to the current man who is guilty of the same effective conduct and hate crime, and who now seeks to be elected President of the United States.

Really, it is the least you can do national press. Can you keep up national press? Can you truly exercise your duty of fair reportage and duty to the American people? Can you? Show your work.

Can the major media pick up on the resolute similarity, and absolute analogy, of these cases? I am not sure the national media has that root awareness, nor public responsibility in their bones.

It will be interesting to see where the national press really stand. I have no illusions of intelligence in that regard. We shall see.

Gosh, silly me, for condoning, much less expecting, such honesty.

[Impossibly perfect graphic by the one and only twolf. Seriously, twolf is our friend; follow him!]