The Ranking Member of the Senate Intelligence Committee went on a four tweet rant yesterday, complaining that the FBI is conducting an investigation into the suspected large-scale theft of highly-classified materials. 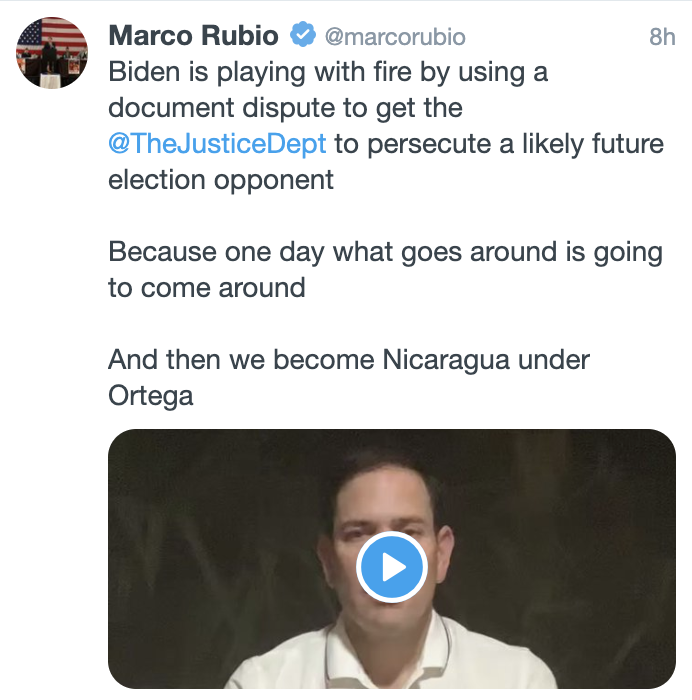 The House Minority Leader used the instance of a lawfully executed warrant in support of a national security investigation to call for an investigation not into the man suspected of stealing code word documents, but instead, of Attorney General Merrick Garland for authorizing this investigation into a classified breach. 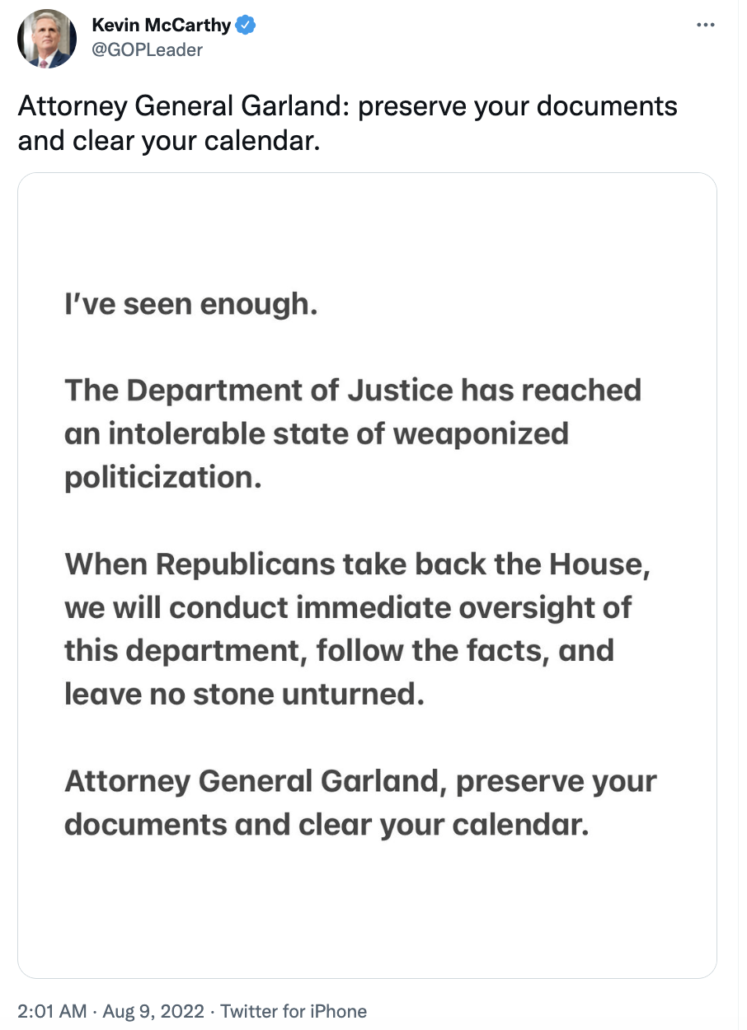 The Ranking Member of the House Intelligence Committee, Mike Turner, more appropriately asked for a briefing, but even after admitting he hadn’t had one yet and claiming (dubiously) that he didn’t know of the suspected massive theft of highly classified information, scoffed at the seriousness that such a large-scale compromise of classified information might cause. 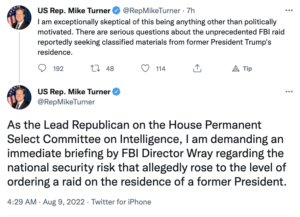 Mitch McConnell weighed in, belatedly, to demand transparency about an investigation into stolen secrets.

The country deserves a thorough and immediate explanation of what led to the events of Monday. Attorney General Garland and the Department of Justice should already have provided answers to the American people and must do so immediately

These men are all entrusted with the protection of Americans intelligence secrets. But when faced with a choice of putting party or America’s security first, they immediately rushed to protect their party, even while admitting they don’t know the facts of the underlying investigation.

And in spite of the fact that these men have all engaged in minimizing the large-scale compromise of classified information with their rants, virtually every press outlet has reported their comments as more horse race journalism, one side against the other, as if top Republicans attacking the FBI for trying to protect classified secrets is not itself newsworthy.

The lazy-ass press couldn’t even be bothered to show how all these men, especially Marco Rubio, made wildly inconsistent statements when Jim Comey or Hillary Clinton were suspected of mishandling far less sensitive intelligence. Nor did the press bother asking these men about the destruction of DHS (including Secret Service) and DOD records that Congress itself had already asked for before magnifying their comments.

They just let these men turn this into a partisan fight rather than a serious legal investigation, all for free!