I should just dedicate Fridays to different genres of jazz. Today feels like a good day for Afro-Cuban jazz.

This chap, Francisco Raúl Gutiérrez Grillo, who performed under the name Machito with his Afro-Cubans, was an incredibly important innovator shaping Afro-Cuban jazz as well as modern American music. He was important to race in the music industry as well, as his Afro-Cubans may have been the first multi-racial band.

I’m brewing some Café Bustelo before I bust out my dancing shoes. ¡Vamonos!

Judge applies ‘Parkinson’s Law’ to VW emissions cheat case
You know the adage, “work expands so as to fill the time available for its completion”? U.S. District Court Judge Charles Breyer gave Volkswagen 30 days to come up with a fix* for all the emissions standards cheating passenger diesel engine cars in the class action lawsuits he oversees in San Francisco. Gotta’ love this:

As time passes, vehicle owners are increasingly damaged as no one wants to buy their cars and their investment is lost. Hence the aggressive time limit.

Rough road ahead in Saudi Arabia to a post-oil world
This piece in WaPo paints a grim picture of cheap oil’s impact on Saudi Arabia — and there are huge pieces missing. Worth a read while asking yourself how much Saudis are spending on military efforts against Yemen and Syria, and what new industries they’re investing in to replace oil-based employment.

Took long enough: Software and social media firms get Apple’s back
Did their legal departments finally read the case thoroughly and realize they had skin in this game, too? Who knows — but Google as well as Microsoft are planning to file amicus briefs in support of Apple. Microsoft had already indicated they would support Apple in a congressional hearing yesterday morning; Google piped up later. The latest skinny is that Facebook and Twitter both intend to file briefs as well in favor of Apple. Looks like Microsoft’s current management took an 180-degree turn away from progenitor Bill Gates’ initial response, hmm?

That’s a wrap on this week. Keep your eyes peeled for news dumps while folks are still picking apart last night’s GOP-cast reality TV show. And make time to dance.

EDIT — 8:40 AM — Ugh, why didn’t the Detroit News publish this piece *yesterday* instead of a Friday morning? Michigan’s Gov. Snyder’s “inner circle” exchanged emails advising a switchback from Flint River a year before the switchback took place, and only three weeks before Snyder’s re-election. There was enough content in this to go to press without waiting for a quote from one of the former advisers. 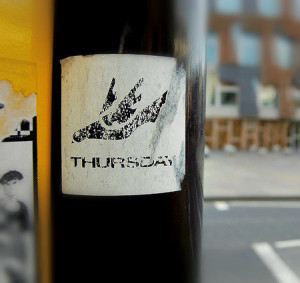 Insane amount of overseas news overnight. Clearly did not include me winning $1.5B Powerball lottery. Attacks in Jakarta and Turkey are no joke.

Some U.S. utilities’ still wide open to hacking
Dudes, how many times do you need to be told your cheese is still hanging out in the wind? Some heads should roll at this point. US government’s Industrial Control Systems Cyber Emergency Response Team’s Marty Edwards sounded pretty torqued about this situation at the S4 ICS Security Conference this week. I don’t blame him; if a utility gets hacked, it’s not like your grandmother’s PC getting held ransom. It means the public’s health and safety are at risk. Get on it.

Your cellphone is listening to your TV — and you
Bruce Schneier wrote about the Internet of Things’ expansive monitoring of consumers, citing the example of SilverPush — an application which listens to your television to determine your consumption habits. Bet some folks thought this was an app still in the offing. Nope. In use now, to determine current TV program listings and ratings. Listening-to-your-consumption apps have now been around for years.

Wonder if our pets can hear all this racket inaudible to humans? Will pet food companies embed ads shouting out to our pets?

But you may be able to hide from devices
…depending on whether you are using location-based services, and if you can use the app developed by Binghamton University. A paper on this technology was presented last month at the Institute of Electrical and Electronics Engineers (IEEE) GLOBECOM Conference, Symposium on Communication & Information System Security. The lead researcher explained the purpose of the app:

“With Facebook, Twitter, LinkedIn and others we provide a huge amount of data to the service providers everyday. In particular, we upload personal photos, location information, daily updates, to the Internet without any protection,” Guo said. “There is such a chance for tragedy if that information is used to in a bad way.”

The app isn’t yet available, but when it is, it should prevent personally identifying location-based data from being used by the wrong folks.

VW emissions scandal: Well, this is blunt
I think you can kiss the idea of nuance goodbye, gang.

“Volkswagen made a decision to cheat on emissions tests and then tried to cover it up,” said CARB chair Mary Nichols in a statement.
“They continued and compounded the lie, and when they were caught they tried to deny it. The result is thousands of tons of nitrogen oxide that have harmed the health of Californians.”

The last bits
Nest thermostats froze out consumers after a botched update. (Do you really need internet-mediated temperature controls?)
Phone numbers may become a thing of the past if Facebook has its way. (Um, hell no to the Facebook. Just no.)
Senator Al Franken quizzes Google about data collection and usage on K-12 students. (Hope he checks toy manufacturers like Mattel and VTech, too.)

That’s a wrap, hope your day passes at a comfortable speed.