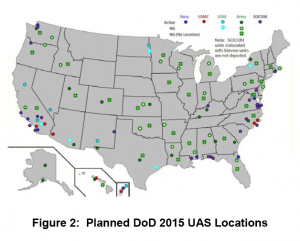 END_OF_DOCUMENT_TOKEN_TO_BE_REPLACED

On February 4, Dennis Kucinich asked DOD to allow him to visit Bradley Manning so he could assess his conditions of confinement. On February 8, Robert Gates wrote Kucinich a short note telling him we was referring his request to Secretary of the Army, John McHugh. In a letter dated February 24–but apparently not received in Kucinich’s office until March 1–McHugh told Kucinich he was referring his request to the Assistant Secretary of Defense for Legislative Affairs.

In short, a full month after the date when a member of Congress requested a visit with Manning, DOD is still stalling on a real response with bureaucratic buck-passing.

As to the substantive response McHugh offered Kucinich? It matches all the disingenuous boilerplate responses the rest of DOD has offered–claiming that Manning is treated as any other “similarly situated” pretrial detainee at Quantico, without mentioning that there is at most one other Max prisoner, and none who have been held on Prevention of Injury watch for eight months.

In addition, McHugh appeals to the same bogus privacy excuse that Quantico is now using to avoid explaining why they’re submitting Manning to the same treatment they used at Abu Ghraib.

PFC Manning’s custody and status classifications, like all pretrial prisoners at the MCBQ Pretrial Confinement Facility, are evaluated regularly by a board of corrections specialists pursuant to Department of Navy regulations. As United States laws prohibit the release of personal identification, including personal health information, I am not able to discuss PFC Manning’s specific custody and status classifications and other aspects of his care and treatment.

Effectively, they’re using “privacy” as their excuse not to admit that under POI, Manning is subject to some of the same degrading techniques we objected to in Gitmo and Abu Ghraib.

Kucinich isn’t missing that parallel, either. In his response today, he said,

My request to visit with Pfc. Manning must not be delayed further. Today we have new reports that Manning was stripped naked and left in his cell for seven hours. While refusing to explain the justification for the treatment, a marine spokesman confirmed the actions but claimed they were ‘not punitive.’

Is this Quantico or Abu Ghraib? Officials have confirmed the ‘non-punitive’ stripping of an American soldier who has not been found guilty of any crime. This ‘non-punitive’ action would be considered a violation of the Army Field Manual if used in an interrogation overseas. The justification for and purpose of this action certainly raises questions of ‘cruel and unusual punishment,’ and could constitute a potential violation of international law. [my emphasis]

As I said, it has been a full month since Kucinich made a legitimate request to visit with an American citizen who, thus far, must be assumed innocent. Yet DOD seems to be deploying the most transparent kind of bureaucratic stall to prevent Kucinich form visiting Manning.