Barack Obama and Eric Holder, in my opinion, have violated the Constitution and international laws on a large number of fronts in carrying out the Great War on Terror, but they are to be commended for their move to try Osama bin Laden’s son-in-law, Suleiman Abu Ghaith, in federal court rather than in a military commission at the US prison in Guantanamo Bay, Cuba. However, in reading reports in this rapidly developing story, a couple of key questions stand out. We only learned yesterday, when New York Republican (or Democrat?) Peter King first broke the news that Abu Ghaith had been captured, that he was to appear today at an arraignment in New York. The exact date on which he was detained is not known and it appears that he spent at least some time in custody in Jordan. The involvement of Jordan in this case is highly problematic, because the Bush administration relied heavily on Jordan for torture of suspects who eventually were sent to Gitmo.

Lara Jakes of AP broke what seems to be the first report on Abu Ghaith’s capture:

Rep. Peter King, the former chairman of the House Homeland Security Committee, credited the CIA and FBI with catching al-Qaida propagandist Sulaiman Abu Ghaith in Jordan within the last week. He said the capture was confirmed to him by U.S. law enforcement officials.

A Jordanian security official confirmed that al-Ghaith was handed over last week to U.S. law enforcement officials under both nations’ extradition treaty. He declined to disclose other details and spoke on condition of anonymity because of the sensitivity of the matter.

But just how long was Abu Ghaith in Jordan? Here is NPR:

Sources familiar with the case tell NPR that bin Laden’s son-in-law left Iran last month to travel to Turkey. He entered the country under a false passport and Turkish authorities subsequently found him and arrested him in a luxury hotel in Ankara, the Turkish capital. They held him briefly but then decided that they couldn’t detain him because hadn’t committed a crime on Turkish soil.

Abu Ghaith is originally from Kuwait. He was stripped of his passport soon after 9-11, so he is essentially stateless. Nevertheless, the Turkish authorities decided to deport him back to Kuwait via Jordan.

It was during that transfer that U.S. officials picked him up, officials said. Some media outlets are reporting that the CIA was involved. Others say it was the Special Forces.

The U.S. government has not said how Abu Gaith came into its custody. But he was flown to New York after a big internal discussion within the U.S. government on the best venue in which to try him. And it appears the decision was to bring charges in a federal court.

Here is how the Justice Department described which US agencies were involved in the capture:

The charges and arrest of Abu Ghayth are the result of the close cooperative efforts of the U.S. Attorney’s Office for the Southern District of New York, the Joint Terrorism Task Force – which principally consists of agents and detectives of the FBI and the New York City Police Department – the United States Marshals Service and the National Security Division of the U.S. Department of Justice.  The Justice Department’s Office of International Affairs and the U.S. Department of State also provided assistance.

The question of whether Abu Ghaith was held by Jordan and for how long is important because of the torture Jordan carried out on behalf of the US during the Bush administration. From a Washington Post story in 2007: END_OF_DOCUMENT_TOKEN_TO_BE_REPLACED 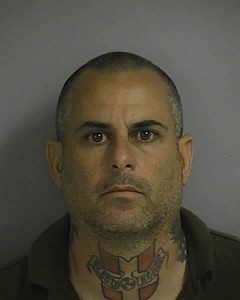 We learn more about the group in the SPLC’s blog post on the initial arrests: END_OF_DOCUMENT_TOKEN_TO_BE_REPLACED