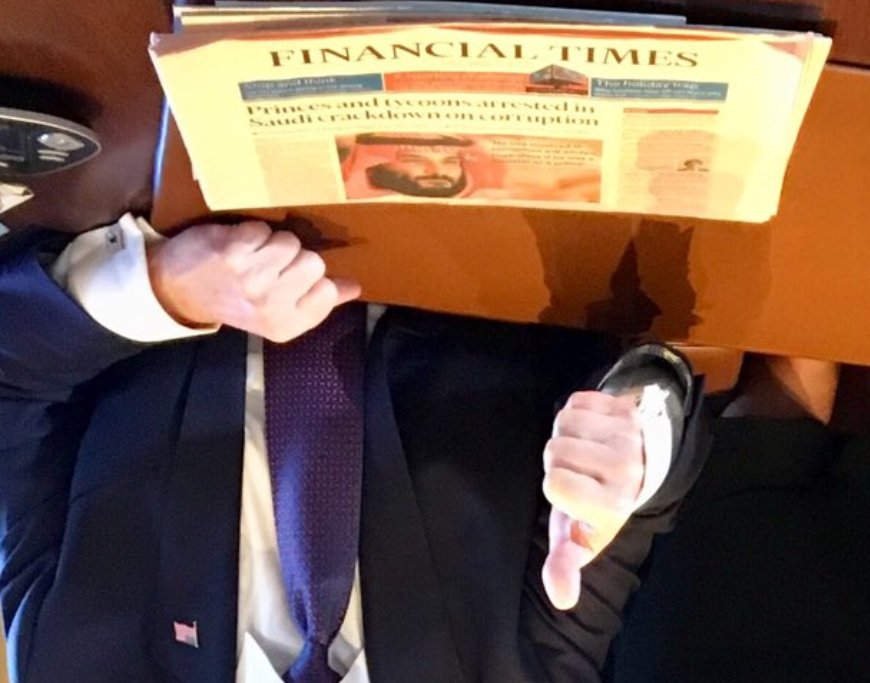 Our twenty year occupation of Afghanistan is ending in humiliating fashion. Jim and I are thinking about re-running every one of his posts cataloging the failures of training Afghans who would — and now have — changed sides when necessary or convenient.

While I’ve got burning questions about how Trump and his hand-picked Acting Secretary of Defense, Christopher Miller, made this defeat more certain, I’m going to hold off on recriminations for a bit. After all, we have two decades of accountability to demand.

I am, however, interested in how the way in which we’re fleeing Afghanistan will influence how President Biden responds to a demand from the families of the 9/11 victims to declassify more intelligence from the investigation. They have said Biden is not welcome at the memorial if he does not respond to their demand.

Families of 9/11 victims say an FBI offer to release some documents from its investigation into the attack has not gone far enough, and are demanding a comprehensive declassification review of all relevant material, particularly on Saudi Arabia’s role.

The FBI offer on Monday followed a call by some victims’ families and first responders for Joe Biden to stay away from ceremonies marking the 20th anniversary of the attack next month, if the president failed to honour a campaign pledge to lift the secrecy surrounding the multi-agency investigations.

The families want information on who financed and supported the attacks, and are currently suing the Saudi Arabian government in a federal court in New York. As part of that case, three former Saudi officials were questioned in June by the plaintiffs’ lawyers about their links with two of the 9/11 hijackers, Khalid al-Mihdhar and Nawaf al-Hazmi, who spent several months in southern California before the attack. Their testimony cannot be shared with the families under secrecy rules.

Of course, if Biden does respond fully, it will demonstrate that, rather than occupying Afghanistan for two decades, we should have been fighting the Saudis.

And yet, we remained allies with the Saudis, continuing to let Saudis like Ahmed Mohammed al-Shamrani enter the US without adequate vetting, allowing yet another Saudi-linked terrorist attack on US soil.

We have hidden the role that our “allies” the Saudis had in 9/11 for two decades because if we actually held them accountable, rather than inflicting our need for revenge on the Taliban, their oil could no longer be a cornerstone to our  empire.

We could not hold the Saudis accountable because if we did, we would have had to stop burning oil.

We would have had to replace Saudi oil with renewables, a more modest way of life, and some humility.

We would have, out of necessity, done something about climate change.

We have plenty of time for recriminations about our failures in Afghanistan. But we have no time left to make up for the twenty years we might have spent addressing climate change instead.

In Salon, I point out something funny about the report released on Tuesday to mark the 10 year anniversary of the release of the 9/11 Commission report. The report says we must fight the “creeping tide of complacency.” But then it says the government has done almost everything the 9/11 Commission said it should do.

There is a “creeping tide of complacency,” the members of the 9/11 Commission warned in a report released on Tuesday, the 10-year anniversary of the release of their original report. That complacency extends not just to terrorism. “On issue after issue — the resurgence and transformation of al Qaeda, Syria, the cyber threat — public awareness lags behind official Washington’s.” To combat that “creeping tide of complacency,” the report argues, the government must explain “the evil that [is] stalking us.”

Meanwhile, the commissioners appear unconcerned about complacency with climate change or economic decline.

All that fear-mongering is odd, given the report’s general assessment of counterterrorism efforts made in the last decade. “The government’s record in counterterrorism is good,” the report judged, and “our capabilities are much improved.”

If the government has done a good job of implementing the 9/11 Commission recommendations but the terror threat is an order of magnitude worse now, as the report claims, then those recommendations were not sufficient to addressing the problem. Or perhaps the 13 top security officials whom the Commission interviewed did a slew of other things — like destabilizing Syria and Libya — that have undermined the apparatus of counterterrorism recommended by the original 9/11 Commission?

Which is a polite way of saying the 10-year report is unsatisfying on many fronts, opting for fear-mongering than another measured assessment about what we need to do to protect against terrorism.

Perhaps that’s because, rather than conduct the public hearings with middle-level experts, as it boasted it had done in the original report, it instead privately interviewed just the people who’ve been in charge for the last 10 years, all of whom have a stake in fear and budgets and several of whom now have a stake in profiting off fear-mongering?

Suffice it to say I’m unimpressed with the report.

Which brings me to this really odd detail about it.

The report takes a squishy approach to Edward Snowden’s leaks. It condemns his and Chelsea Manning’s leaks and suggests they may hinder information sharing. It also suggests Snowden’s leaks may be impeding recruiting for cybersecurity positions.

But it also acknowledges that Snowden’s leaks have been important to raising concerns about civil liberties — resulting in President Obama’s decision to impose limits on the Section 215 phone dragnet.

Since 2004, when we issued the report, the public has become markedly more engaged in the debate over the balance between civil liberties and national security. In the mid-2000s, news reports about the National Security Agency’s surveillance programs caused only a slight public stir. That changed with last year’s leaks by Edward Snowden, an NSA contractor who stole 1.7 million pages of classified material. Documents taken by Snowden and given to the media revealed NSA data collection far more widespread than had been popularly understood. Some reports exaggerated the scale of the programs. While the government explained that the NSA’s programs were overseen by Congress and the courts, the scale of the data collection has alarmed the public.

[I]n March, the President announced plans to replace the NSA telephone metadata program with a more limited program of specific court-approved searches of call records held by private carriers. This remains a matter of contention with some intelligence professionals, who expressed to us a fear that these restrictions might hinder U.S. counterterrorism efforts in urgent situations where speedy investigation is critical.

We believe these programs are worth preserving, albeit with additional oversight. Every current or former senior official with whom we spoke told us that the terrorist and cyber threats to the United States are more dangerous today than they were a few years ago. And senior officials explained to us, in clear terms, what authorities they would need to address those threats. Their case is persuasive, and we encountered general agreement about what needs to be done.

Senior leaders must now make this case to the public. The President must lead the government in an ongoing effort to explain to the American people—in specific terms, not generalities—why these programs are critical to the nation’s security. If the American people hear what we have heard in recent months, about the urgent threat and the ways in which data collection is used to counter it, we believe that they will be supportive. If these programs are as important as we believe they are, it is worth making the effort to build a more solid foundation in public opinion to ensure their preservation.

This discussion directly introduces a bizarre rewriting of the original 9/11 Report.

Given how often the government has falsely claimed that we need the phone dragnet because it closes a gap that let Khalid al-Midhar escape you’d think the 9/11 Commission might use this moment to reiterate the record, which shows that the government had the information it needed to discover the hijacker was in the US.

It does, however, raise a very closely related issue: the FBI’s failure to discover Nawaf al Hazmi’s identity. END_OF_DOCUMENT_TOKEN_TO_BE_REPLACED