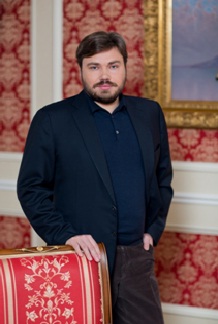 Yesterday, SDNY announced the arrest of a former Fox director, Jack Hanick, for continuing to work with Russian oligarch Konstantin Malofeyev after sanctions were imposed on Malofeyev in 2014. Starting in 2013 and continuing through 2017, Hanick had help Malofeyev set up Orthodox TV stations in Russia, Bulgaria, and Greece.

At first glance, this prosecution was pitched as part of DOJ’s response to Russia’s (further) invasion of Ukraine.

U.S. Attorney Damian Williams said: “Konstantin Malofeyev is closely tied to Russian aggression in Ukraine, having been determined by OFAC to have been one of the main sources of financing for the promotion of Russia-aligned separatist groups operating in the sovereign nation of Ukraine. The United States sanctions on Malofeyev prohibit United States citizens from working for or doing business with Malofeyev but as alleged, Hanick violated those sanctions by working directly for Malofeyev on multiple television projects over the course of several years. The Indictment unsealed today shows this Office’s commitment to the enforcement of laws intended to hamstring those who would use their wealth to undermine fundamental democratic processes. This Office will continue to be a leader in the Justice Department’s work to hold accountable actors who would support flagrant and unjustified acts of war.”

“The Justice Department will do everything it can to stamp out Russian aggression and interference,” said Assistant Attorney General Matthew G. Olsen of the Justice Department’s National Security Division. “As alleged in the indictment, the Russian oligarch Konstantin Malofeyev was previously sanctioned for threatening Ukraine and providing financial support to the Donetsk separatist region. The defendant Hanick knowingly chose to  help Malofeyev spread his destabilizing messages by establishing, or attempting to establish, TV networks in Russia, Bulgaria, and Greece, in violation of those sanctions.”

On March 2, 2022, the Attorney General announced the launch of Task Force KleptoCapture, an interagency law enforcement task force dedicated to enforcing the sweeping sanctions, export restrictions, and economic countermeasures that the United States has imposed, along with allies and partners, in response to Russia’s unprovoked military invasion of Ukraine.  The task force will leverage all the Department’s tools and authorities against efforts to evade or undermine the economic actions taken by the U.S. government in response to Russian military aggression.

The DOJ press release does acknowledge that Hanick was actually arrested before the Russian invasion started.

Pursuant to the request of the United States, HANICK was provisionally arrested on February 3, 2022, in London, the United Kingdom, with a view toward extradition.

Other details about this case are still more interesting.

The station for which Hanick kept working, TsargradTV, was banned from YouTube in July 2020 — about the same time that the FBI put out a reward for Konstantin Kilimnik’s arrest. Tsargrad challenged Google for the removal, resulting in fines that would have been onerous before the rouble’s crash in the wake of the invasion (though Google likely could not legally pay the fine in any case).

A Russian businessman on a U.S. sanctions list claimed victory over Google (GOOGL.O) in a court case on Thursday and said the U.S. tech giant now faced a potentially heavy fine.

Alphabet’s Google had appealed a Russian court order that it unblock the YouTube account of Tsargrad TV, a Christian Orthodox channel owned by businessman Konstantin Malofeev, or face a daily 100,000 rouble ($1,358) fine that would double each week Google failed to comply.

Tsargrad said the Ninth Moscow Arbitration Court of Appeal upheld the fine. Malofeev also confirmed the verdict to Reuters, but the court could not be reached for comment despite repeated attempts by phone and email.

Google did not respond to a request for comment.

The case reflects Russia’s waning tolerance of foreign technology giants, several of which it has fined this year for failing to delete content Moscow deems illegal.

Tsargrad said the fine would stop compounding when it reached 1 billion roubles ($13.6 million), which it estimated would happen in mid-March next year. After nine months, the 1 billion rouble limit would be removed, it said.

The two parties have engaged in talks since the case first came to light in mid-2020, but Tsargrad said in August it had abandoned talks for a settlement and accused Google of dragging its feet in negotiations.

Only in the wake of Google’s seeming attempt to comply with the 2014 Ukraine sanctions by keeping Tsargrad off YouTube did the FBI interview Hanick. Literally 12 days after Biden’s inauguration, the FBI interviewed Hanick (his indictment doesn’t say where the interview took place).

DOJ obtained the indictment itself on November 4, 2021 — just short of five years after the 2016 election. The indictment was sitting there, sealed, it seems, until Hanick could be arrested in London.

What happened yesterday, then, was not a new response to the Russian invasion. It was, instead, an unveiling of a prior effort to crack down on Ukrainian-based influence peddling, one newly relevant because of the invasion.