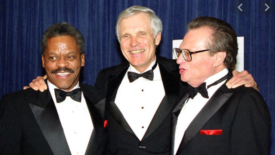 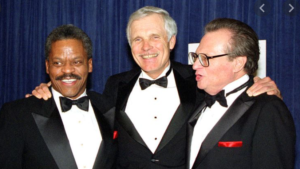 Here’s what Cole pointed to: Ford insisting that (contrary to what the plantation caucus believes) the UAW is not the problem.

KING: What about the UAW in all of this?

FORD: Well, the UAW obviously has been our partner through all of this. Have they made mistakes and have we made mistakes? Of course. The UAW has come a long way. I think their leader, Ron Gettelfinger, is an excellent leader and he really understands our business. In this last contract, he gave up a lot. He’s also indicated they’re willing to come to the table to do more. And so for anybody to blame the UAW as the sole reason for this is frankly wrong.

Hey, David Sanger? Your assertion that the problem is distrust between the UAW and the manufacturers? You think maybe Mr. Ford knows something you don’t?

Just as interesting to me are the number of times that Ford had to instruct Larry King on things that–had he been paying attention at all–he would have known.

There are the 3 times that King suggested Ford was in the same boat as GM and Chrysler.

KING: How much danger, frankly, are you in? Can you give us the picture without being too technical?

FORD: Actually, Ford, we were profitable in the first quarter. Our plan is working. Our market share is picking up. I believe we’re headed exactly where the country wants us to go.

KING: What was the key turning point for you that sent this downward?

FORD: As I said, we made money in the first quarter, and we were well on our way.

KING: Is that a good point, Bill, that your products were behind the times and now you want a bailout through your fault?

FORD: Actually, Larry, we’re not asking for a bailout. Our competitors are.

Here’s Larry King completely missing the fact that most developed nations are backing their auto industries–and so it’s no big surprise that any American car companies might need credit.

KING: Why do you need the line of credit?

FORD: We’re saying we don’t need it now, but we’re saying, if the global economy does not pick up, you know, END_OF_DOCUMENT_TOKEN_TO_BE_REPLACED