George Bush once famously asked whether “our children is learning,” demonstrating that those setting policy for education might be least suited for measuring the efficacy of education.

Two different members of Congress in the last day suggest the same is true of counterterrorism policy.

First there was IN Senator Dan Coats, who apparently attributed his understanding of terrorism tactics to 24 and Homeland yesterday. As Mia Bloom pointed out, they’re fiction (though probably supported by intelligence agencies). Experts have attacked the realism of both shows.

The worst part of Coats admitting he takes 24 and Homeland as true, though, is that he’s on the Senate Intelligence Committee. He has — or should have — a way of getting factual details about terrorist tactics. He appears to turn to fiction instead.

Who knows what source CA Congresswoman (and Senate candidate) Loretta Sanchez relied on for her claim that 5 to 20% of Muslims want a Caliphate.

“There is a small group, and we don’t know how big that is—it can be anywhere between 5 and 20 percent, from the people that I speak to—that Islam is their religion and who have a desire for a caliphate and to institute that in anyway possible, and in particular go after what they consider Western norms—our way of life,” she said.

But she, like Coats, is privy to intelligence briefings on both the Armed Services and — especially, in this context — Homeland Security Committees. Did some whackdoodle from Homeland Security tell Sanchez a significant chunk of Muslims are itching to set up an all-Muslim empire?

Something’s wrong with our congressional briefing process. Either these people aren’t attending, they’re not useful, or they’re being fed junk. 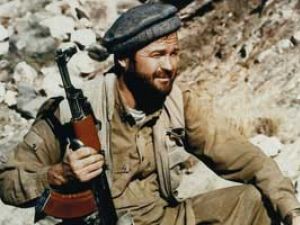 The full list of Congressmembers on the weekend trip to Afghanistan has not been disclosed, but the fact Politico reports that it was headed by Gohmert supports my suspicion that Rohrabacher planned to attend all along. The timing for additional meddling in US-Afghanistan relations could not have been worse, because Sunday was when it was announced that the US and Afghanistan had finally reached agreement on the outlines of a long term agreement for US support after the withdrawal of fighting forces. Rohrabacher seems to be quite entertained by Karzai’s response. Returning to the Politico article: END_OF_DOCUMENT_TOKEN_TO_BE_REPLACED