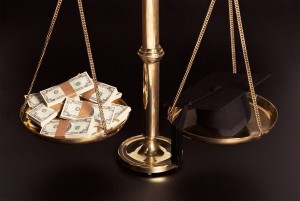 Once you step beyond the tragedy of Aurora, the big news today centers on Penn State and the aftermath of Jerry Sandusky, Joe Paterno and Louis Freeh. There is a lot of news, and implications to come, from today’s events.

First, and unsurprisingly, Penn State yesterday took down the fabled statue of JoePa. Abandoning larger than life symbols, whether human or otherwise, is never easy. And it is not just the specter of human faces in this regard either, witness the difficulty (irrespective of which side of the equation you reside on) of moving beyond “Redskins” and “Seminoles” as team mascots. But Paterno’s statue at PSU, by now, was more a testament and reminder of gross and wanton failure, not success. A defeating duality if there ever was one for a supposedly inspirational piece of art. The statue had to go the way of JoePa himself, and it now has.

The second part of the news, and discussion thereof, however, will have far greater repercussions. That, of course, is the actual penalties handed down to the Penn State football program. They have just been announced and are as follows:

3) A scholarship reduction of 10 initial scholarships year one and 20 overall scholarships per year for a period of four years.* Current athletes may transfer without penalty or limitation

5) Mandatory adoption of all reforms recommended in the Freeh Report

These are extremely harsh penalties. In some terms, competitively anyway, the scholarships are the key element. A loss of twenty per year for for four years, when prospective players know they will never see a bowl game in their career, is crippling. It will be fascinating to see how PSU survives this blow.

USC provides the best analogy, as it is just finishing up its sanction of a two year bowl ban and loss of ten scholarships per year for three years. While the Trojans will be eligible for a bowl game again this year, they still have one more year of the scholarship reduction to get through. USC has remained competitive and, in fact, is considered to be a major contender for the championship this coming year. Penn State, however, has much longer terms, especially as to the END_OF_DOCUMENT_TOKEN_TO_BE_REPLACED

John Brennan must feel that Pakistan’s morale has only improved marginally, because what was an average of almost one drone strike a day has now fallen to about a half drone strike a day. Three successive days of strikes (with a total death toll of 27) have brought to eight the number of strikes in the two weeks since last-minute negotiations on the reopening of supply routes through Pakistan broke down and Brennan decided to rain terror down on Pakistan once again.

Today’s attack killed 15 in Mir Ali in North Waziristan. In the AFP story carried in Dawn, we have no less than two officials confirming that those killed were “militants” even though their nationalities aren’t known:

“Fifteen militants were killed in a dawn strike on a compound. The bodies of those killed were unable to be identified,” a security official in Miramshah told AFP.

He said there were reports that some foreigners had been killed but these were unable to be confirmed.

A security official in Peshawar confirmed the attack and said 15 militants were killed.

“We have received reports that 15 militants have been killed in a drone strike but at this moment we don’t know about their nationalities,” the official said.

“We are also unclear about the number of the militants who were present in the compound at the time of attack.” The latest attack came amid an uptick in drone strikes.

Coverage of this strike in the Express Tribune is quite interesting. It has near the beginning the usual quote of a local official asserting those killed were militants, but includes an admission that “locals” were among those killed:

But then we get to a tribesman being quoted, and what he has to say is revealing:

According to a tribesman who was an eyewitness, the compound was razed to the ground after the attack. “I didn’t go near the house, as I avoid going near places where drone strikes take place,” he added.

Why would local tribesmen “avoid going near places where drone strikes take place”? Why that’s because the US intentionally targets first responders at drone strikes:

But research by the Bureau has found that since Obama took office three years ago, between 282 and 535 civilians have been credibly reported as killed including more than 60 children.  A three month investigation including eye witness reports has found evidence that at least 50 civilians were killed in follow-up strikes when they had gone to help victims. More than 20 civilians have also been attacked in deliberate strikes on funerals and mourners. The tactics have been condemned by leading legal experts.

Who else targets first responders? Well, there are terrorists in Iraq who do that: END_OF_DOCUMENT_TOKEN_TO_BE_REPLACED

There’s an aspect of the Louis Freeh interview on Frontline I find fascinating.

In defense of his client, Saudi Prince Bandar, on allegations that Bandar received billions in bribes associated with a huge BAE defense contract, Freeh mostly tries to pretend there’s a meaningful distinction between the Saudi family and high government officials in it. Thus, the plane and estate that Bandar got in connection with the BAE deal are actually government-owned facilities he has use of.

And conveniently, Freeh hasn’t looked at the Swiss Bank Accounts or the Yamamah contract, so he can’t comment on their legality.

But I’m also fascinated by a more subtle tactic Freeh uses–to implicate high ranking Americans (and Brits) in the use of the funds.

He explains away that structure of the al Yamamah contract to Congressional intransigence during the Reagan Administration. Congress wouldn’t let the Administration sell planes to Saudi Arabia, so what was Reagan to do except encourage Margaret Thatcher to set up a big corrupt contract to bypass this restriction?

Freeh: In other words, the United States, was not able to sell the Saudis F15s, and I think you understand the origin to this contract. The King sent Prince Bandar, my client, to President Reagan with very specific instructions, “Buy F15s.” And of course the United States had armed the Saudi armed forces for the last 20 years before that.

President Reagan said to my client, “Congress will never approve the sale of F15s.” My client then went up to the hill, spoke to senior leadership on both sides of the aisle, and they said, “We can’t authorize the purchase of F15s by the King of Saudi Arabia.” He went back to President Reagan who said, “Go talk to Maggie Thatcher,” which my client did. That’s how Tornados and the treaty, not the contract but the treaty between the two countries, was originated.

He wanted to buy the planes in the United States.

So there was only one bidder here by default and that was the British Aerospace Systems and the Toranado, at least as the contract began. So the way the treaty was set up, if the Ministry of Defense and Aviation wanted to purchase U.S. arms, U.S. arms could be purchased through BAE and DESO, which was the U.K. Ministry that did the purchasing, and that was sort of a way to purchase arms, transparent way to purchase arms, END_OF_DOCUMENT_TOKEN_TO_BE_REPLACED