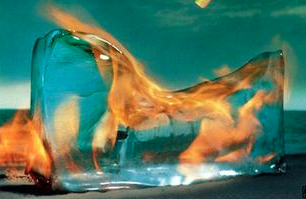 Had a busy day yesterday and then came to the stark understanding that a significant contributor to this blog had included a Styx Grand Illusion video in a post. I am hoping you can imagine my dismay! I still have not recovered.

I just….I cannot….even. Despite the ill video, the post was great and spot on. But, damn, that video. And placing that earwig junk in the minds of not just me, but countless others. Unforgivable.

Here is the real deal, from the time when Styx actually was more than bubblegum cheese. Midnight Ride. Currently WordPress is not allowing me to post it at the top where I want it, and normally would, but will do so at the bottom of this post.

There was a Styx period where they were okay, if not very decent. It was LONG before Grand Illusion, which is simply, and truly, horrible. The attached song Midnight Ride was from the James Young era, this is a live version off of the original on Equinox, before the pop rock crap of Dennis DeYoung and Tommy Shaw took control of a decent band. That was a long time ago. And if you want some more off of Equinox, go UTube Lonely Child and Suite Madame Blue.

DOJ just announced the arrest, over the weekend, of gun rights activist Maria Butina for conspiracy to spy for Russia. (complaint, affidavit)

The affidavit explains how, between March 2015 (when she expected the GOP would “likely obtain control over the U.S. government after the 2016 elections”) and 2017, Butina worked with Aleksandr Torshin and two US persons to cultivate Republicans and lay the groundwork for warmer relations between Republicans and Russia. She focused on the NRA, she explained, because “the NRA [is] the largest sponsor of the elections in the US congress.”

The person listed as USP 1 (who has been named but I’ll wait for confirmation) laid out precisely how she should pitch herself — not too critical of Obama, pretense that there was a post-Putin world on the horizon — and gave her all the introductions to friendly types she might need.

The end of the narrative laid out in the complaint describes meticulous details around the National Prayer Breakfast last year, on February 2, 2017. Trump very nearly met with Torshin at the meeting, only pulling out at the last minute.

I’ll have more to say about this indictment (there’s a bunch of screen caps on my Twitter feed). But understand that this indictment is not even part of the Mueller probe. Nevertheless, several parts of it get two degrees away from Trump and his spawn.