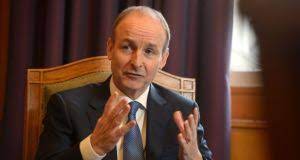 The stupidity of “Brexit” has been obvious from the start. Not just BoJo, but the whole thing. And, yet, here the EU and world are. There are things that are legend and built into the UK DNA, and one of them is their quintessential spy teller, John le Carre. And, yet again, Brexit takes a bang.

“John le Carré, the great embodiment and chronicler of Englishness, saved his greatest twist not for his thrillers but the twilight of his own life: he died an Irishman.

The creator of the quintessential English spy George Smiley was so opposed to Brexit that in order to remain European, and to reflect his heritage, he took Irish citizenship before his death last December aged 89, his son has revealed.

“He was, by the time he died, an Irish citizen,” Nicholas Cornwell, who writes as Nick Harkaway, says in a BBC Radio 4 documentary due to air on Saturday. “On his last birthday I gave him an Irish flag, and so one of the last photographs I have of him is him sitting wrapped in an Irish flag, grinning his head off.”

Le Carré, the author of acclaimed thrillers including The Spy Who Came in From the Cold and Tinker Tailor Soldier Spy, had long made clear his opposition to Brexit, but his embrace of his Irish heritage was not fully known until now.

He visited Cork, where his grandmother came from, to research his roots and was embraced by a town archivist, Cornwell says in the documentary. “She said ‘welcome home’.”

Ouch. But le Carre was right.

“Taoiseach Micheál Martin has called for a “reset” of the relationship between the EU and the UK to resolve issues stemming from the Northern Ireland Protocol.
The Taoiseach lamented the deterioration of diplomatic relations between the bloc and the UK following rows over Brexit and the supply of Covid-19 vaccines.
The Northern Ireland Protocol, designed to avoid a hard border on the island of Ireland post-Brexit, has caused unrest among both unionists and loyalists, who have called for it to be scrapped.”

There are people I care about in Ireland, I want to freely go see them, and the relevant EU parties and Covid need to let up.