I have obligations that I seriously must run out the door for, but this need to be posted so that it can be dissected. The inestimable crew of Haberman, Schmidt et. al have posted a rather amazing letter 20 page letter issued on behalf of Trump by his attorneys at the time, Jay Sekulow and John Dowd. There is a minimum of mockery of the effort, which I will attribute to the contributions of Charlie Savage and Matt Apuzzo, who have the curious, too often for the Times, habit of actually appropriately reading legal things with an eye to what they really represent.

This “letter” is one of the most ridiculous pieces of legal sophistry I have ever seen in my life. It, without an iota of shame or self reflection, brazenly place Trump as not just a King, but a God like entity that far outstrips the importance of the rule of law or separation of powers the Founders intended.

So, I am leaving this here until either Marcy or I come back to it later. Read the damn thing. Weep for your country and the shreds of its Constitution before Trump and his lackeys burn what’s left. 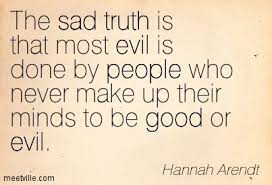