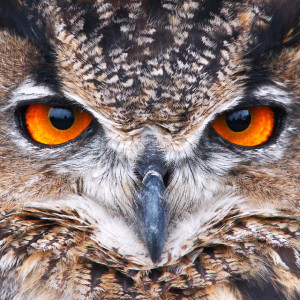 There is no way that the United States and its allies can say that they didn’t see this coming. They had a very clearly stated warning in September. Nevertheless, while the US continues throwing virtually unlimited funds at training “moderate” fighters for Syria and even contemplating a modified “no-fly zone” that is virtually certain to lead to deeper direct US involvement in the fighting, the United Nations’ World Food Programme was forced to announce yesterday that financial assistance to feed 1.7 million Syrian refugees is being suspended immediately because the international community has provided insufficient funding for the program. The funding gap could not have come at a worse time for the refugees:

Under this programme, poor Syrian refugees in Jordan, Lebanon, Turkey, Iraq and Egypt have used vouchers to buy food in local shops. Without WFP vouchers, many families will go hungry. For refugees already struggling to survive the harsh winter, the consequences of halting this assistance will be devastating.

“A suspension of WFP food assistance will endanger the health and safety of these refugees and will potentially cause further tensions, instability and insecurity in the neighbouring host countries,” said WFP Executive Director Ertharin Cousin, in an appeal to donors. “The suspension of WFP food assistance will be disastrous for many already suffering families.

Syrian refugees in camps and informal settlements throughout the region are ill prepared for yet another harsh winter, especially in Lebanon and Jordan, where many children are bare foot and without proper clothing. Many tents are drenched in mud and hygiene conditions are growing extremely precarious.

Cousin said that WFP’s Syria emergency operations are now in critical need of funding. Many donor commitments remain unfulfilled. WFP requires a total of US$64 million immediately to support Syrian refugees in neighbouring countries during the month of December.

The funding gap for WFP was over $350 million in the September announcement. That figure was for funding through the end of the year, putting the monthly cost at just over $115 million. The gap for December still stands at $64 million, meaning that the WFP has gotten less than half the funds that it sought in September.

Recall that back in late September, the announcement of the three month need came on the same day the Senate approved $500 million for training “moderate” rebels to send into Syria. Once again, just as word of the cutoff has come out, the US is openly discussing committing more funds to escalating the Syrian civil war:

The Obama administration is weighing the opening of a new front in the air war against the Islamic State in Syria, part of an offensive to push back militants along the western part of Syria’s border with Turkey and create a relatively safe zone for U.S.-backed Syrian rebel forces to move in.

Under the plan, U.S. aircraft flying from Turkey’s Incirlik air base would target positions the militants currently hold along the border north of Aleppo, eastward toward the besieged town of Kobane. Turkish special forces would move into the area to assist the targeting and help Syrian opposition fighters consolidate their hold on the territory.

Of course, this will require lots more money and is likely to drag us much deeper into the conflict:

If implemented, the plan would require significantly more U.S. resources than are now devoted to the fight against the Islamic State in Syria, including more planes and more money. Congress is debating both the funding and the new authorization for operations in Syria and Iraq that have already been approved by the president.

Although officials said the proposal is not intended to establish a traditional no-fly zone, requiring constant patrols against other aircraft entering the area — potentially up to 100 miles long and 20 miles deep inside Syria — its proponents recognize the potential for a “slippery slope” into a far more major operation.

Once more, the US cares only about putting more arms and more bombs into the conflict while families starve and go without adequate shelter or cold weather clothing. The Washington Post talked to one family that will be hit hard by the end of the voucher program:

For Syrians such as Mouhanad Mouree, there was shock that he, his wife and their six children may no longer receive their World Food Program vouchers. They fled their home town of Homs seven months ago for Tripoli, a city in northern Lebanon, where they live in a garage for $200 a month. Mouree is especially concerned about his 2-year-old son.

“I can hardly afford diapers and milk for my youngest son, and we freeze in the cold weather because we cannot afford heating with electricity,” he said by telephone. “I don’t know what we’ll do.”

In a war that has cost over 200,000 lives, the US still chooses to put its resources into escalation of the war while ignoring the needs of those who will die of exposure and neglect.

But they hate us for our freedoms.