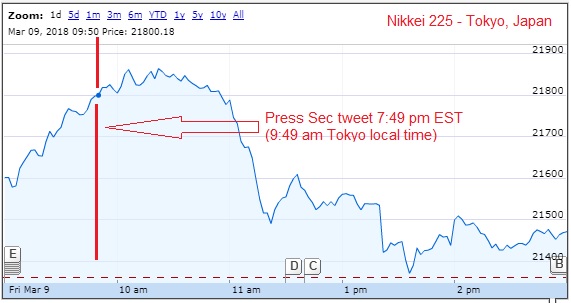 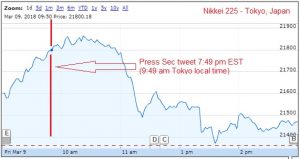 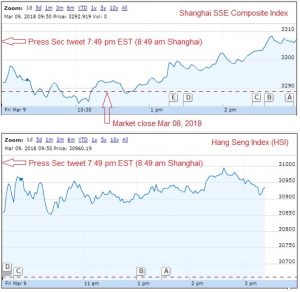 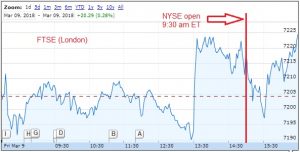 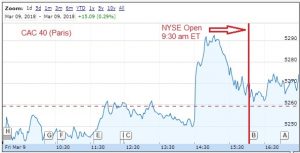 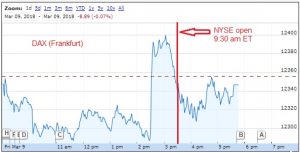 This is a working post for discussion of today’s outages. United Airlines grounded its flights for roughly two hours this morning; the FAA’s advisory indicated an automation-related issue, and subsequent communications from United said it was a “network connectivity” problem.

Now the New York Stock Exchange has halted all trading shortly before noon, cancelling all open orders, due to “technical difficulties.”

There are reports that CNBC and WSJ websites are down, but they could simply be swamped by traffic.

Who’s or what’s next?

Looks like CNBC may only have had a brief burp due to high traffic as there are no further complaints about service interruption. WSJ’s website has been slowly working its way back to normal service; the media outlet posted an abbreviated versionfor 15-20 minutes once its technical problems had been resolved. No indication yet that anything apart from high traffic volume may have spiked the site.

You know what cracks me up, in a ha-ha-ouch kind of way? FBI Director Jim Comey puling about the need for back doors into technology in front of Congress today, while a major airline and the most important stock market in the world demonstrate exactly how ugly it could get if hackers with malicious intent used the back doors he demands for evil rather than good. The “technical difficulties” both UAL and NYSE experienced today could be duplicated by hackers using back doors.

The U.S. Government is an aircraft carrier, very slow to turn even when under fire. Hackers are speedboats. Asking for back doors across all technology while facing myriad fleet-footed nemesis is like chasing 38-foot Cigarette Top Gun speedboats with a carrier. Unless the carrier can see Cigarettes coming from a distance and train gun on them, Cigarettes will fly up its backside. The U.S. Government has already proven it can’t see very far ahead, stuck in a defensive posture while using its offense in ways that only ensure more attacks.

Fortune reports the NYSE halt was due to a “failed systems upgrade.”

Somebody needs to retake a course in Change Management 101 — or there’s some additional explaining required.

Reuters assures us, too:

The U.S. Department of Homeland Security said there were no signs” that the problems at NYSE and United Airlines stemmed from “malicious activity,” CNN reported.

Good to know, huh? Can’t believe they went to CNN for that.

The buzz since 2:00-ish pm is that Anonymous *might* be to blame for the NYSE “glitch.” The Hill, Salon, and a few other outlets reported about a cryptic tweet from @YourAnonNews late last evening:

But another Anonymous affiliate laughed it off, saying:

Timing is incredible, though; the NYSE, WSJ, and UAL outages all happened concurrent with a Congressional hearing at which FBI Director Jim Comey discussed the need for back doors into everything. What an incredible series of coincidences today.

I was met by fires in the streets, the screams of the dying tourists and the shouts of former traders offering sacrifices to their new gods

But these Asian markets weren’t affected by the NYSE’s technical difficulties today. Wonder how they will open on July 9th their local time — flat or down? I wouldn’t put my money on an uptick, but I’m not a financial adviser, either.

I imagine the bars and pubs around Wall Street saw greater-than-average action. I might put money on that.