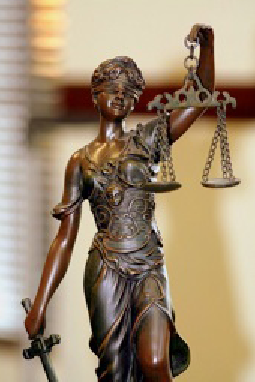 It is crucial to remember that this disgusting diatribe is the real opinion of Alito and his co-conspirators. They intend to force you to submit to this power grab and all the sickening changes it makes in our democracy. To them the opinions, the morals, and the sense of civic virtue of the vast majority of Americans are meaningless. Only they and their tiny minority are right.

The formal opinion may be substantially different in form, maybe even to some extent in substance, but this is the unvarnished opinion of Alito, Thomas, Gorsuch, Barrett and possibly Roberts. Do not be fooled by a milder version of this screed. Do not forget they will happily hand you over to the Red State version of the Inquisition.

Alito’s draft is an attack on judging as a human intellectual activity. It’s an assault on the very nature of good judging. In the less important part of this post, nearly unimportant, I explain my thinking on this point.

Here’s a summary of Alito’s opinion, selected sentences from the beginning of the opinion.

1. And in this case, 26 States have expressly asked this Court to overrule Roe and Casey and allow the States to regulate or prohibit pre-viability abortions (my numbering and paragraphing).
…
2. In defending this law, the State’s primary argument is that we should reconsider and overrule Roe and Casey and once again allow each State to regulate abortion as its citizens wish.
…
3.The Con­stitution makes no reference to abortion, and no such right is implicitly protected by any constitutional provision, in­cluding the one on which the defenders of Roe and Casey now chiefly rely — the Due Process Clause of the Fourteenth Amendment. That provision has been held to guarantee some rights that are not mentioned in the Constitution, but any such right must be “deeply rooted in this Nation’s his­tory and tradition” and “implicit in the concept of ordered liberty.”
…
4. Roe was egregiously wrong from the start. Its reasoning was exceptionally weak, and the decision has had damaging consequences.

Therefore they reverse Roe v. Wade and while they’re at it, they reverse Casey v. Planned Parenthood; and say that the standard for review of a state law concerning abortion is whether there is a rational basis for the law.

Here’s a summary by Jeanne Suk Gerson in the New Yorker, laying out the general form of the argument.

Lots of SCOTUS cases are wrong at least to a large number of people. Why is it necessary to overrule this one? Why not leave it in place, even if Alito and his allies don’t like the reasoning. Alito doesn’t address that question. Stare decisis and reliance on precedent are crucial elements in judging. They give stability to our law.

Consider, for example, Plessy v. Ferguson and Brown v. Board of Education. In overruling Plessy, the Brown Court found that separate schools for White and Black kids seriously damaged Black citizens in ways that didn’t exist at the time Plessy was decided. Changes in society were so great that separate was inherently unequal by the time of Brown. Therefore it was necessary to overrule it.

How does Alito explain why Roe should be reversed? This is all I can find:

Its reasoning was exceptionally weak, and the decision has had damaging consequences.

Overturning Roe will also have terribly damaging consequences. A good judge would address this plain fact.

One possible answer is that Alito is a true believer in originalism, a theory created by conservatives to combat the Warren Court’s “liberal” decisions. He believes that there is a True Constitution from which all law springs. That law is encapsulated in the public meaning of the words in the Constitution as they were understood at the time of adoption. Alito and his colleagues are guardians of that True Constitution, and it’s their sworn duty to insure that it is not distorted by bad cases. Using that theory, Alito can and must speak truth about the Constitution, regardless of the consequences. As he puts it:

The Casey plurality was certainly right that it is important for the public to perceive that our deci­sions are based on principle, and we should make every ef­fort to achieve that objective by issuing opinions that care­fully show how a proper understanding of the law leads to the results we reach. But we cannot exceed the scope of our authority under the Constitution, and we cannot allow our decisions to be affected by any extraneous influences such as concern about the public’s reaction to our work. That is true both when we initially decide a constitutional issue and when we consider whether to overrule a prior decision.

“Proper understanding”? Concerns about “the public’s reaction”? His “work”? For Alito judging isn’t about people, or society. Real judges don’t act like that. Let’s see what traditional jurisprudence says about judging.

… the whole outline of the law is the resultant of a conflict at every point between logic and good sense — the one striving to work fiction out to consistent results, the other restraining and at last overcoming that effort when the results are too manifestly unjust.

Dewey’s pragmatic theory is that the act of thinking only occurs in the face of doubt. At that point we are forced to proceed to inquiry. Over centuries of trial and error that continue to the present, we human beings have developed ways of investigating and collecting information, evaluating it, checking and rechecking, and ultimately forming conclusions. Then we observe the results and make adjustments to achieve our goals in the best way possible, knowing that we cannot be sure we are right. This method, more fully developed in other writings, applies to solving the problems presented to judges.

I read Dewey to say that judges should start with inquiry, and collect the facts in the messy circumstances of the case before them. As they do so they reach tentative conclusions about the best solution to the problem presented. Then they consider the general legal principles which might act premises for forming a conclusion that will be best for the case in front of them. He thinks inquiry is a logic of consequences, not antecedents. Once the consequences become reasonably clear, it is possible to consider relevant general principles. The selection of the relevant premises becomes crucial only at that point. We’ll see that when we see the dissents which we can expect from three members of the Court.

Then the judge writes down an explanation based on the general principles and tries to justify the decision. This logic is different from the logic of inquiry and the formation of conclusions. It is designed to appear as impersonal as possible while being persuasive. That’s why formal syllogistic logic is the model for many opinions. It conceals the messy process of inquiry, and it hides the uncertainty which has to exist in all really hard cases.

To see how Dewey’s thinking works in practice I turn to a modern thinker and appellate judge, Richard A. Posner. In a paper titled Pragmatic Adjudication Posner writes

But if his definition is rewritten as follows-“a pragmatist judge always tries to do the best he can do for the present and the future, unchecked by any felt duty to secure consistency in principle with what other officials have done in the past” — then I can accept it as a working definition of the concept of pragmatic adjudication.

He explains that the function of precedent is to provide the current judge with information and principles that might be helpful in deciding the current case. The point is that precedent does not supply Judges with a single answer to the determination of the proper rule to govern the case before them. Judges should consider sources that help understand the wisdom of the possible rules. The role of the judge is to end the fiction when it conflicts with good sense.

Let’s grant for the sake of argument that Roe “had damaging consequences”, which Alito asserts as a fact with no evidence. It also caused heart-burstingly wonderful outcomes for millions of living women and their families. Why doesn’t Alito consider that benefit? He doesn’t explain why reversing Roe and Casey is the best outcome for the present and the future; in fact he says that isn’t relevant.

In my jurisprudence, he would at least address it. In his, it’s irrelevant, trivial, meaningless. For me and the majority of Americans, Alito’s originalist fiction imposes an unjust outcome with no explanation. It can only be a political act, an act of power.