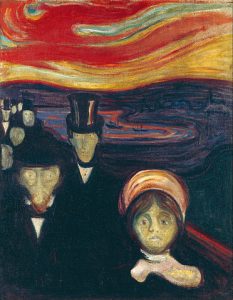 It’s the last weekend in February; I think Edvard Munch’s ‘The Scream’ did such a fine job last weekend I’ll enlist another of his works to close this month. This one is called ‘Anxiety’ in English. In Norway they call it ‘Angst’. I think the latter is far more fitting based on definition.

We haven’t yet sunk into madness — March Madness, that is. (Don’t forget to fill out your bracket if you’re into that collegiate basketball-induced insanity.)

But we are definitely suffering from a collective existential dread. How will we climb out of this hole and fix this mess?

In the mean time, dump your burden here. Make light while you can. Remember Tuesday is Mardi Gras, the last guilt-free celebration until Easter for those of who are Catholic or Catholic-by-heritage. Offload your angst in comments and celebrate while you can without a side-eye or shade. 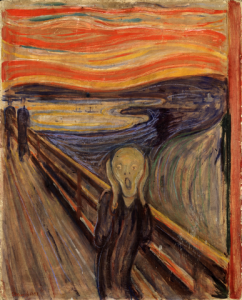 Norwegian artist Edvard Munch‘s most famous work, The Scream, seems most appropriate this week. If you can’t think of something that made you want to scream this week, count yourself a lucky person.

With Superbowl done, pro football season is over; that’s enough to make some folks scream with frustration if not boredom. Cheer up — there’s other sportsing to be had.

NCAA regular season ends March 5th, beginning March Madness. Start working on your bracket now. (I got nothing. Maybe next year if my kid transfers to a Big 10 school.)

I’m sure bmaz will fill us in on critical racing news if there’s any this week. I don’t think Formula One starts until the last week of March, though.

Me? I’ll be watching for Amy Suskind’s weekly list of Not Normal events measuring our republic’s drift away from sanity into a fascist one-party state. Last week’s list was grim and included for the first time items we have now normalized. I can hardly wait to see what’s on Week 14’s list.

This thread is open. Scream away. 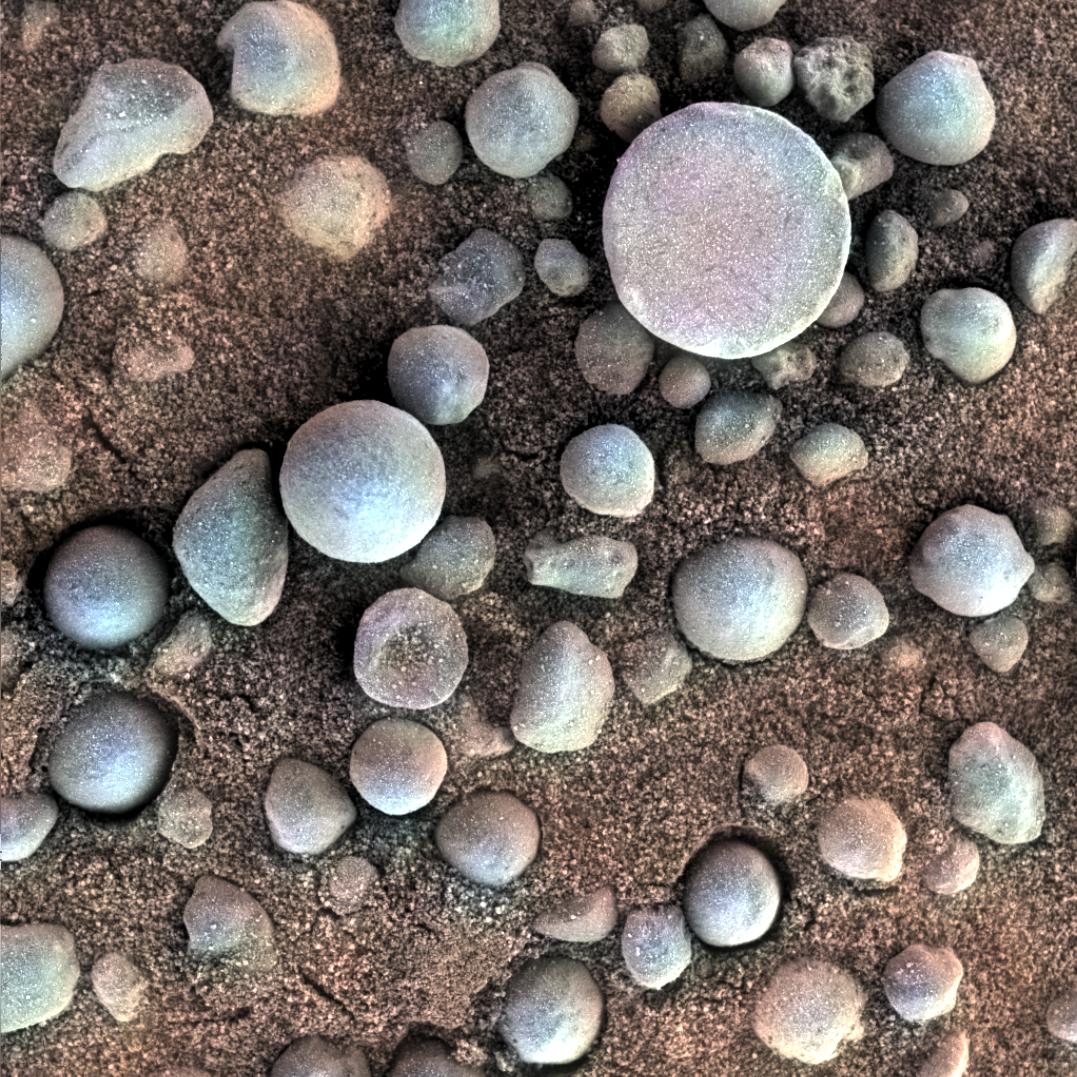 This is an open thread for use during and after this evening’s vice presidential debate. Duke it out here, though comment policy is still in effect. 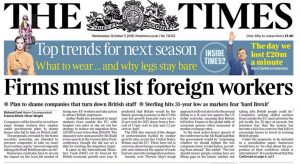 The one thing which really got under my collar today: UK’s Prime Minister Theresa May and Home Secretary Amber Rudd, and a demand to shame companies employing foreign workers by insisting these workers must be listed.

This is beyond the pale, just short of asking for badges denoting religion. I hope the financial industry takes a stick to these fascists.

“But, but the foreigners! Taking (white’s) jobs!” one may say. Right — all those financial industry jobs in London for which the UK does not seem to be educating and training enough people.  Healthcare jobs likewise, while the NHS is under pressure to cut services and reduce spending.

The answer to the lack of job opportunities for the under-educated and under-trained isn’t limiting immigrants. It’s more investment in education and training to increase the pipeline to higher paying jobs, combined with a higher minimum wage to encourage movement to jobs requiring lower skills.

Okay, have at it.