Previous posts in this series:

The Great Transformation: Mainstream Economics and an Introduction to a New Series

The Great Transformation Part 1: The Market

The Great Transformation Part 3: Neoliberalism Before It Got Its New Name

The Great Transformation Part 4: Reaction and Counter-Reaction To Self-Regulating Markets

The Great Transformation Part 6: Labor as a Fictitious Commodity

The Great Transformation Part 7: Land as a Fictitious Commodity

The Great Transformation Part 8: Money as a Fictitious Commodity 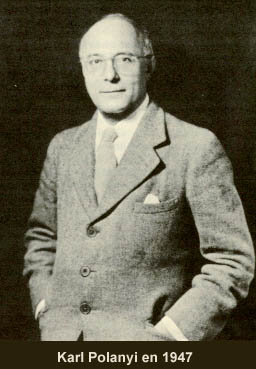 Chapters 17-19 of The Great Transformation discuss the increasing strains in society brought on by the self-regulating market through the 1920s. In the wake of WWI, the dominant industrial nations attempted to restore the institutions of the self-regulating market, including the gold standard. The demands of maintaining the gold standard in the face of rapid economic growth in some of those countries culminated in the Great Depression. I won’t discuss this part in detail, but two points. First, the central feature of the debacle was the impact of the gold standard, which prevented nations from acting to protect themselves and their citizens from deflation. Second, Polanyi does not discuss one of the most important causes of the debacle, the astonishing level of corruption and fraud in financial markets, levels that were not reached in the US economy again until the George Bush administration.

In Chapter 21 Polanyi tells us:

Fascism, like socialism, was rooted in a market society that refused to function. Hence, it was worldwide, catholic in scope, universal in application; the issues transcended the economic sphere and begot a general transformation of a distinctively social kind. It radiated into almost every field of human activity whether political or economic, cultural, philosophic, artistic, or religious. And up to a point it coalesced with local and topical tendencies. No understanding of the history of the period is possible unless we distinguish between the underlying fascist move and the ephemeral tendencies with which that move fused in different countries. P. 248, emphasis added.

The socialist solution was to apply human thought to the organization of society, trying to enact legislation and rules to control some of the worst effects of the self-regulating market, including fraud and corruption, and to increase the power of labor as a counterweight to corporate capitalism. This worked more or less in the US, where eventually the Great Depression wore off, leaving a superstructure of regulatory power that protected society from the worst excesses of capitalism. Of course, the US never adopted socialism, and the elites continued to work to reduce the power of labor and of the working people generally beginning immediately after WWII with the Taft-Hartley Act.

Polanyi says the fascist solution was to restore the market by means of rooting out democracy and democratic institutions and replacing them with totalitarian government. The citizens of fascist countries were stripped of their role in government and society, and became mere tools in the operation of the totalitarian movement.

This reeducation, comprising the tenets of a political religion that denied the idea of the brotherhood of man in all its forms, was achieved through an act of mass conversion enforced against recalcitrants by scientific methods of torture. P. 245.

There were fascist movements in most countries, regardless of religion, wealth, level of industrial development, form of government or any other factor. Whether they were successful, as in Germany and Italy, or not, as in the US, depended on a number of factors specific to each country. Polanyi says that the first signs of a movement towards fascism were:

… the spread of irrationalistic philosophies, racialist aesthetics, anticapitalistic demagogy, heterodox currency views, criticism of the party system, widespread disparagement of the “regime,” or whatever was the name given to the existing democratic setup. P. 246.

In retrospect, these were symptoms of the crackup of the 19th Century global order and of the damage done to citizens and society through self-regulating markets. Polanyi says that Germany under Hitler was the first to recognize that the global structures created under the banner of the self-regulating market were falling apart, and set about helping in that destruction. Germany armed itself, and rejected all its obligations, both financial and under treaties, created under the previous global system. The other nations of the world, especially England, strangled themselves trying to restore that dead system. Among other things, Polanyi points to cuts to the army and navy, justified in the name of fiscal responsibility. It’s a fascinating story.

There is no point in discussing Polanyi’s conclusion, that in the wake of WWII there would be a great transformation from the dead structures of the 19th Century into a new form of world relations, one not based on markets. That didn’t happen, and we are still living under a system based on what Polanyi called the self-regulating market, Keynes called Lasissez-Faire, and Milton Friedman called classical liberalism. Today we call it neoliberalism.

I’ll conclude this series with a couple of thoughts. First, it’s easy to compare Polanyi’s conditions supporting the rise of fascism in the early 30s to the changes in US society in the last 35 years. Several of the conditions are rampant in the US and other countries, encouraged by a large number of media, religious leaders, and political sources. For those of us who spend too much time reading this stuff, it is unnerving on its own, and Polanyi’s theory just adds to the upset.

Second, the neoliberal goal is to reduce citizenship to consumerism. The individual is stripped down from a participant in a society, with a role to play in government and in planning for the future. This is remarkably close to Polanyi’s statement about the reeducation of the citizen away from ideas about the brotherhood of man, which in turn bears an elegant but ugly similarity to Margaret Thatcher’s assertion that there is no such thing as society. Even in context, Thatcher’s denial of the importance of relationships beyond home and family, her denial we citizens bear a joint responsibility for the shape of the future, is just as chilling as Polanyi’s description of reeducation into fascism.

Third, in several places in The Great Transformation Polanyi acknowledges the material benefits that have come from industrialization, and recognizes that the miseries previously inflicted on humanity as a whole in the frantic transition cannot be undone. That does not mean that we are prisoners of the elites, that we have to accept their demands for specific changes or for immediate change. It does not mean that we have to continue to inflict misery in search of more capitalist growth. We always have the option to choose other paths to the future. For Polanyi, writing in 1944, slowing the pace of change might have sufficed. Today there are more important things than the pace of change, such as global warming, which requires a completely different approach to our production system. It’s more important to our interests as a species than the accumulation of more wealth in the hands of the fabulously wealthy. But finally:

It’s hard to miss the optimism in Polanyi’s book. He is convinced that society can heal itself, ameliorating the damage done by unrestricted economic growth. It’s really hard to feel optimistic today.