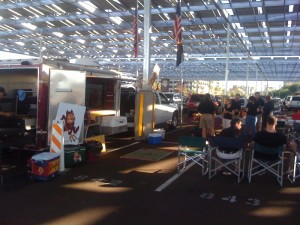 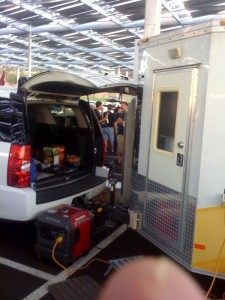 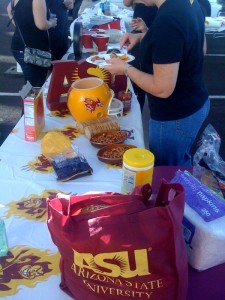 Is another fine Saturday with a host of great college football games on tap. It’s hard to get anything past the king of sports, ESPN, and they have chosen Autzen Stadium, home of the Oregon Ducks, as the site of their ESPN Gameday. Now there may be a few other college football games going on today, for instance there is a rumor that there is such a game up there in the big mitten of Michigan. But we’ll get to those also-rans in a minute.

The game of the day, in this case actually night, is the University of Oregon versus Arizona State University Sun Devils. Oregon comes into tonight’s game ranked Number 9 in the country and the Sun Devils number 18. I Have said it before, but if you’ve never been to a game at Autzen Stadium, you just don’t know. The place is freaking crazy and loud. They do it right up there in Eugene. The Ducks are the enemy for a Sun Devil fan, but I can honestly say I’ve never been to a more fun, and wild, stadium for college football game. Today, the Ducks have a wounded wing in tailback LaMichael James being out. James is killing this year and had three straight games of over 200 yards rushing going. But today his cleats will likely be filled by super freshman DeAnthony Thomas. The Ducks’ only loss this year is to LSU in the opener, so do not be fooled by their record, they are still big, bad and can flat out fly on the field turf in Autzen.

ASU, so far, has been a curious team. The Devils started the year with absolutely a ton of promise, but have been literally decimated by injuries. The hardest hit has been the secondary, led by stud All Pac-10 corner Omar Bolden. The Devils have an inconsistent ground game, which makes QB Brock Osweiller, who is tall and very good, a target. If the Devils linebackers can contain the Ducks just a bit, and ASU can get a halfway decent running game going, they have a real shot. Those are huge “ifs” though, and I just don’t see it; look for the Quackers to roll. But it would look to be a very entertaining game to watch, and since it is the late national night game on ESPN, everybody in the country can. Go Devils, put those Duckies down!!

Because I need to stay alive for another week in order to turn the Emptywheel blog into ALL BABY JESUS TEBOW, ALL THE TIME, I will also report there appears to be another big rivalry game today; in fact, it just started. That, for those scoring at home (and even if you are alone) would be Michigan/Michigan State. Yep, the Wolvereenies are gonna visit Sparty in Lansing. Big Blue is 6-0 and Sparty 4-1; but Michigan has run into the Green Machine looking good the last few years and gotten taken to the cleaners, thus starting a downhill spiral for the remainder of the season. But the Merlots are helmed by Brady Hoke now, and even though this is in Lansing, it just feels like it is Michigan’s year in this grudge match. The Big Blue defense is gelling a little, although still giving up big points. On the other hand, it is pretty windy, which could turn some of Denard Robinson’s floating passes into sitting ducks. Michigan is also hobbled by Brandon Herron and Marvin Robinson being out for the game on defense. Kirk Cousins is a lot better suited to pass in the wind than Robinson. Close game, but I think the Bo Merlots pull it out and move to 7-0.

I am going to add some more content on NCAA and a pro section in a bit, but this will get folks going for now.

Okay, a few additional NCAA games of interest. Texas A&M is up 24-14 on END_OF_DOCUMENT_TOKEN_TO_BE_REPLACED