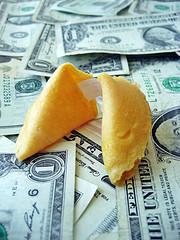 If I was still a practicing Catholic, I’d be tempted to pray to St. Angela of Foligno today, her saint’s day. She was known for walking away from wealth and practicing charity. Given the Chinese stock market’s plummet overnight, St. Angela might be the right guide for this leg of the journey.

China halts stock trading after market sinks more than 7%
Second time this week trading has been suspended in China, with free fall blamed on Chinese currency, lower oil prices, economic slowdown. Some also blame North Korea’s nuclear test, but anecdotes from Pacific Rim region suggest news about the test did not receive the same level of attention across Asia as in U.S. Not much feedback at the time this post was written in news media about response to market by China’s leadership.

Richard Perle’s long tail seen in North Korea
Worth revisiting an analysis on North Korea’s nuclear program written last January by Siegfried Hecker of Stanford University’s Center for International Security and Cooperation (CISAC). I agree with Hecker’s assessment, only surprised he didn’t name Richard Perle specifically for the cascade of diplomatic fail on North Korea that began under the Bush administration.

Self-driving cars, now self-driving passenger drones?
At CES 2016, China’s Ehang Inc. showed off a single-passenger drone, launched by commands entered on a tablet. The drone has no backup controls, which sounds scary as hell for a passenger flying 1000-1600 feet above the ground at +60 miles per hour. I can hear George Jetson screaming, “Jane! Stop this crazy thing!” even now. FAA would be insane to permit these devices in the U.S.

Unnamed sources say VW may buy back polluting cars sold in U.S.
This report could be a trial balloon floated by Volkswagen to see if a buy-back or a hefty discount on a new car will appease U.S. owners of so-called “clean diesel” vehicles. Is this really a satisfactory remedy to fraud?

Rethinking Saudi Arabia’s future in a time of cheap oil
Another worthwhile read, if a bit shallow. It’s time to model not only Saudi Arabia’s future, but a global economy no longer dependent on oil; what risks are there for OPEC countries if they cannot depend on increasing oil revenues? Could political instability spread across Central and South America as it has in the Middle East and Africa? How will climate change figure into the equation, as it has in Syria? And then back to economic unease in China, where the market has reacted negatively to lower oil prices.

I’m out of pocket this morning, will check in much later. Talk amongst yourselves as usual.