On at least four occasions, my legal counsel asked the Committee to allow my deposition to be taken publicly so that the American public could operate from a shared set of facts. The Committee denied our requests to make my testimony public again and again. Instead, they me behind closed doors for 8 hours, at my own expense, depriving me of meals or making my return flight back home. [emphasis original]

That follows a statement issued last Friday, after his (first?) grand jury appearance complaining that DOJ didn’t just use his transcript from the January 6 Committee.

I provided the documents requested and suggested they obtain my full transcript of my testimony from the January 6 Committee. They responded then that they cannot obtain those transcripts due to separation of powers and thus, they needed me to repeat my testimony here today.

I almost feel a little sorry for Alexander. This Roger Stone mentee has been sent out with the same lawyer, Paul Kamenar, who helped Stone evade real accountability for his Russian operation in 2016 (in that case, by helping Andrew Miller challenge a subpoena for a year before he ultimately joined Stone’s defense team). Perhaps Alexander thought he was going to replay that same Roger Stone script, with him playing the role that Jerome Corsi did, publicly releasing a cover story as a way to get everyone telling the same false story.

To be sure, Alexander was always fucked, because by the time he told his cover story in December, DOJ had already debunked that cover story when Owen Shroyer tried to tell it. So not only was Alexander stuck, Friday, trying to retell the same story that he told in December, but even if he succeeded, he’d be on the hook for a story that Judge Tim Kelly has already ruled to be inaccurate specifically as regards the choices that the Alex Jones retinue made after they arrived at the Capitol on January 6.

In any case, Alexander will be back in DC today talking to “officials” some more about January 6. It’s unclear whether this is a follow-up interview with DOJ, now that they’ve locked Alexander into a story, or whether the GOP will attempt to serve as a clearinghouse for stories, as HPSCI did with the Russian investigation.

But Ali Alexander, a key member of Alex Jones’ retinue, is not done telling his currently operative story yet. Perhaps, if he is interviewed further, Alexander will be asked about Stop the Steal communications first made available by Brandon Straka in spring 2021, and probably bolstered by Baked Alaska earlier this year, communications that also seem to be inconsistent with Alexander’s currently operative story.

Like I said, I almost feel sorry that Alexander agreed to play the role of Roger Stone’s patsy in this go-around, because DOJ is better situated to deal with Stone’s games this time around.

For all the focus on Alexander, that makes two other recent developments rather interesting.

First, in a status hearing on Thursday, prosecutors revealed that they had only recently received the content from Alex Jones sidekick Owen Shroyer’s phone. They were providing it, unscoped, to Shroyer’s attorney, Norm Pattis, so he can have a sense of what’s there in advance of DOJ providing him the “scoped” content (“scoped” content is the stuff that the FBI determines complies with the warrant). In that case, the sides at least claim they’re discussing a plea, with plans for a status or that plea in 45 days. 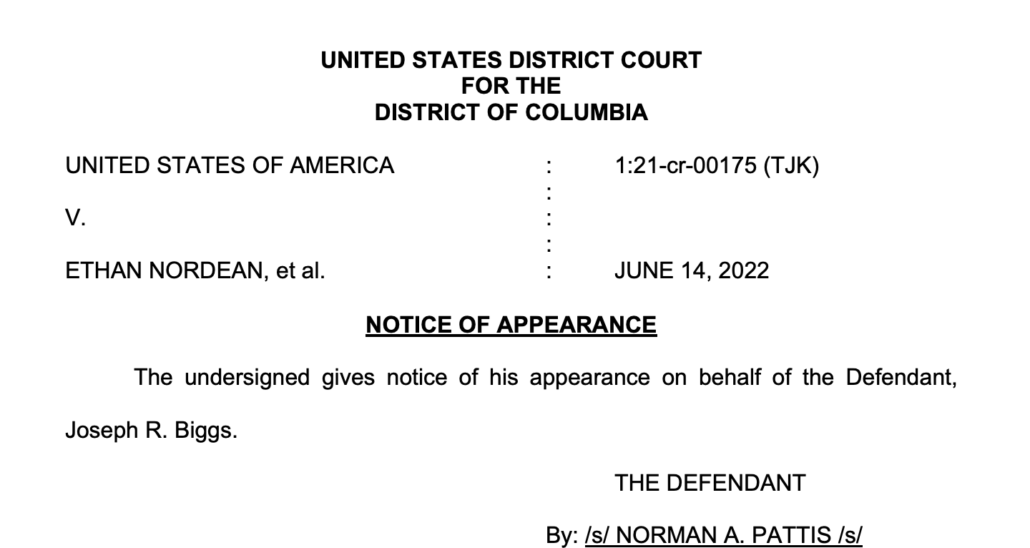 This means that Pattis formally represents two Alex Jones associates — one who currently works for InfoWars and one who worked for Jones until he got “fired” for pushing PizzaGate in 2016 — who converged at the top of the East steps on January 6; Pattis has a longtime affiliation with Jones too.

And unless and until DOJ raises conflict issues with the men (which they’re not likely to do unless and until Jones himself is charged), Pattis will have full access to what are believed to be both sides of conversations that took place in advance of and on January 6 which resulted in an Alex Jones-led mob arriving just as the carefully orchestrated Proud Boy attack on the Capitol needed large numbers of additional, unwitting “normies” to fill the building. That’s a pretty critical set of discovery.

So one member of the retinue is struggling quite obviously with his effort to come up with a consistent story (after telling one that has already been debunked), while the other members of the retinue have arranged to be in a position to share the most important discovery from the day back and forth.

Things have gotten downright interesting with the convergence of once and current Jones flunkies at the East side of the Capitol on January 6.