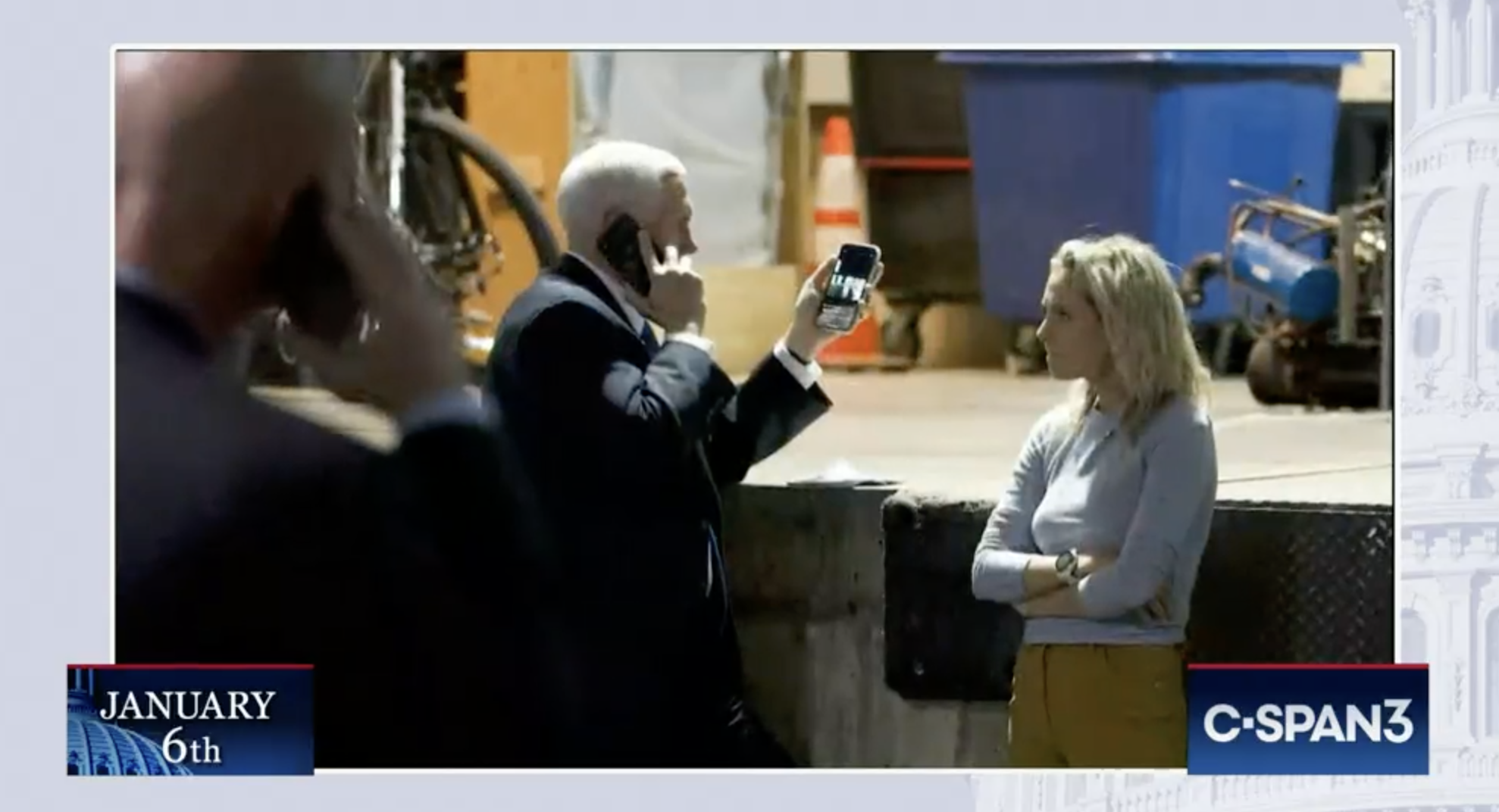 Harry Litman observed after yesterday’s January 6 Committee hearing that you might be able to charge Trump with the attempted murder of Mike Pence. 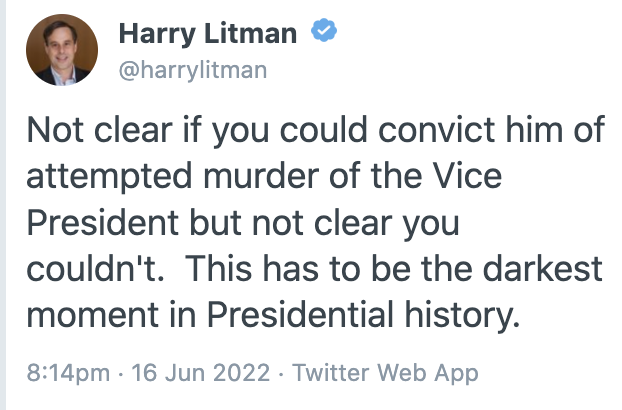 This was not new news yesterday though.

I reported on the DOJ and the Committee’s mutual focus on the targeting of Pence on January 5. In a piece that described that Marc Short had not yet agreed to cooperate and Pence might never cooperate, NYT reported on the same focus of DOJ filings days later. Though, as sometimes happens, NYT got the timeline wrong; Gina Bisignano swore to her focus on Pence in August (and has not reneged on that point even as she attempts to withdraw her guilty plea), and Josiah Colt described how he and two co-conspirators responded to news that Pence would not stop the vote count by breaching the Senate in July 2021, almost a year ago.

DOJ has been focused on the effect of Trump’s targeting of Pence for over a year. In fact, to substantiate the seriousness of the threat facing Pence that day, the Committee cited witness testimony that has been public since January 13, 2021, in Proud Boy Dominic Pezzola’s original arrest affidavit.

W-1 further stated that members of this group, which included “Spaz,” said that they would have killed [Vice President] Mike Pence if given the chance. According to W-1, the group said it would be returning on the “20th,” which your affiant takes to mean the Presidential Inauguration scheduled for January 20, 2021, and that they plan to kill every single “m-fer” they can.

The allegation actually doesn’t show up in the Proud Boy sedition indictment, though Proud Boy Matthew Greene’s plea allocution talked about how the militia swarmed the Capitol with the intent of adding pressure to Pence.

To be sure, yesterday’s hearing laid out the following additional pieces of proof that Trump was specifically targeting Pence:

Committee member Congressperson Pete Aguilar explained that at the moment Pence was evacuated from his ceremonial office, he and the mob were just forty feet apart.

The Committee looked at the threat posed by the Proud Boys to Pence.

It doesn’t look at something far more substantive, though potentially far more complex. Immediately after Trump’s tweet, the Oath Keepers indictment describes communications between Roger Stone associate Kelly Meggs and Stewart Rhodes, followed by a conference call involving those two and operational lead Mike Simmons. The Oath Keepers converged, and then the first Stack and the second (made up of men who had been providing security to Roger Stone that morning) breached the East doors, along with Joe Biggs and the mob brought by Alex Jones.

Once inside, the first Stack broke up, with Meggs and others heading towards Speaker Pelosi’s office to hunt her down.

103. Shortly thereafter, WATKINS and other members ofStack One exited the Rotunda through the northbound hallway toward the Senate Chamber.

104. Around this time, a member of Stack One yelled “the fight’ s not over” and waved !rioters down the hallways toward the Senate Chamber.

105. At 2:45 p.m. and afterward, WATKINS and other Stack One members joined the imob in pushing against a line of law enforcement officers guarding the hallway connecting the Rotunda to the Senate Chamber, as WATKINS commanded those around her to “push, push, !push,” and to, “get in there, get in there,” while exclaiming, “they can’t hold us.” When officers responded by deploying a chemical spray, the mob-including WATKINS and other Stack One members-retreated.

106. At 2:45 p.m., MEGGS, HARRELSON, HACKETT, MOERSCHEL, and other Stack One members walked southbound out of the Rotunda and toward the House of Representatives in search of Speaker Pelosi. They did not find Speaker Pelosi.

The others attempted to get to the Senate, whence Mike Pence had, minutes earlier, been evacuated.

As I’ve noted, with the sedition indictments, DOJ also added 18 USC 372 charges, conspiracy “to prevent, by force, intimidation, or threat, any person … from discharging any duties thereof.”

DOJ may never show that Trump and the mob he sicced on his Vice President conspired to kill him, or even that Trump’s 2:24PM tweet aided and abetted the attempts to find and assassinate Pence — though the judge presiding over the Oath Keepers case has deemed the possibility Trump could be held accountable for aiding and abetting to be plausible, at least for a lower civil standard. But there’s little doubt that Trump, his lawyers, two militias, and the mob entered into a common effort to prevent Pence from doing his duty that day. And with the militias, you can draw a line between Trump, his rat-fucker, Alex Jones, and the men at the Capitol to the threat and intimidation Trump sicced on his Vice President.