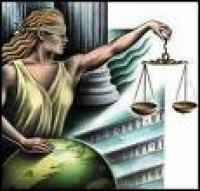 No, it most certainly will not. In fact, the Manning criminal military prosecution has nothing whatsoever to do with “whistleblowers”. Despite the loose and wild eyed use of the term “whistleblower” in popular culture, not to mention by supporters of Bradley Manning, the concept END_OF_DOCUMENT_TOKEN_TO_BE_REPLACED