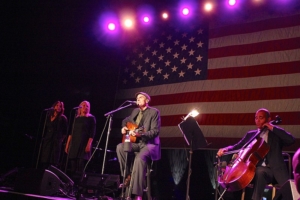 Last January 5th, I wrote a post about a James Taylor song, “Home By Another Way,” which retells the story of the Magi and their interactions with King Herod. (OK, it wasn’t *only* about old King Herod and the old Magi, but at least as much about their modern heirs.) According to Matthew’s gospel, the wise men first came to King Herod, asking where to find this new king, and Herod tried to turn the wise men into unwitting spies. “Look in Bethlehem,” he told them, “and when you find this new king, let me know so that I can worship him as well.”

The wise men, says Matthew, were warned in a dream about Herod and his deceit, and so they “went home by another way” (thus the title of JT’s song) to avoid going back to Herod.

That’s actually only half of the story, December 28th is the day in the liturgical calendar where the second half of that story gets told. Spoiler alert: it is *not* pretty.  From Matthew, with emphasis added:

Now after [the wise men] had left, an angel of the Lord appeared to Joseph in a dream and said, “Get up, take the child and his mother, and flee to Egypt, and remain there until I tell you; for Herod is about to search for the child, to destroy him.” Then Joseph got up, took the child and his mother by night, and went to Egypt, and remained there until the death of Herod. This was to fulfill what had been spoken by the Lord through the prophet, “Out of Egypt I have called my son.”

When Herod saw that he had been tricked by the wise men, he was infuriated, and he sent and killed all the children in and around Bethlehem who were two years old or under, according to the time that he had learned from the wise men. Then was fulfilled what had been spoken through the prophet Jeremiah:

“A voice was heard in Ramah,
wailing and loud lamentation,
Rachel weeping for her children;
she refused to be consoled, because they are no more.”

Let that sink in for a minute. According to Matthew’s Christmas story, Joseph took Mary and the newborn Jesus and fled their home country out of fear for their lives. In other words, Jesus and his parents were asylum-seeking refugees.

Which brings me to Greg Abbott. From the Washington Post:

Three buses full of migrants arrived at Vice President Harris’s residence in Washington from Texas on Christmas Eve amid bitingly cold weather, a mutual aid group said, the latest in an influx of newcomers sent to the Northeast by Southern states.

About 110 to 130 men, women and children got off the buses outside the Naval Observatory on Saturday night in 18-degree weather after a two-day journey from South Texas, according to the Migrant Solidarity Mutual Aid Network. On the coldest Christmas Eve day on record in the District, some migrants were bundled up in blankets as they were greeted by volunteers who had received word that Texas Gov. Greg Abbott (R) had sent the caravan.

Volunteers scrambled to meet the asylum seekers after the buses, which were scheduled to arrive in New York on Christmas Day, were rerouted due to the winter weather. In a hastily arranged welcoming, a church on Capitol Hill agreed to temporarily shelter the group while one of the mutual aid groups, SAMU First Response, arranged 150 breakfasts, lunches and dinners by the restaurant chain Sardis.

Greg Abbott takes refugees fleeing for their lives and ships them into the teeth of a horrible winter storm, without warning, without proper clothing, and without any plans for what happens when they arrive. On Christmas Eve, of all times. “Look how tough I am!”

Thank God Greg Abbott wasn’t ruling in Egypt when Jesus, Mary, and Joseph were fleeing for their lives.

On the liturgical calendar, December 28th is called “The Slaughter of the Innocents,” to which JT’s song gives a nod:

Steer clear of royal welcomes
Avoid a big to-do
A king who would slaughter the innocents
Will not cut a deal for you
He really, really wants those presents
He’ll comb your camel’s fur
Until his boys announce
They’ve found trace amounts
Of your frankincense, gold and myrrh.

To be clear: these asylum-seekers were fleeing from the very real King Herods in various Central American countries, who posed very real threats to their own lives. But when they reached Texas, Florida, and Arizona, Greg Abbott, Ron DeSantis, and Doug Ducey acted like little Herods themselves, rather than following the example of the unnamed Egyptian leader in Matthew’s story. They really, really want that oval office, and they’ll do whatever they think will preserve their political power now and put them on a path to accumulating more power down the road. Who cares how many people have to die, right?

Once upon a time, the GOP was a party that billed itself as Christian. Today, apparently, not so much.

If you’d like a different vision of how Christians respond to refugees, let me direct you to Lutheran Immigration and Refugee Service (emphasis in the original):

For more than 80 years, LIRS has been a champion for migrants and refugees from around the globe. Our legacy of compassionate service has made a difference in the lives of more than 500,000 people who have sought safety and hope in America’s communities. Our history reflects our own deep immigrant roots and passionate commitment to welcoming newcomers, especially those who are most in need.

Three words for today, and — spoiler alert — one of these voices is not like the others:

“When I was a stranger, you welcomed me.” Rooted in faith, LIRS believes that we are called to welcome those fleeing persecution and seeking refuge in the United States.

Given the migration crisis at our nation’s capital, SAMU First Response is delivering humanitarian assistance to asylum seekers arriving from Texas and Arizona. We are providing respite care to the children, women and men arriving to Washington, DC. Our support to these migrants aims to reinstate a sense of security and dignity so they can continue their journey.

Greg Abbott: What do you mean by “welcome” and “humanitarian”?

Happy Slaughter of the Innocents Day, sponsored this year by the Office of the Governor of Texas. In his honor, might I suggest donations be made to LIRS and SAMU First Response?