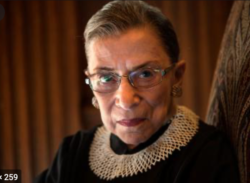 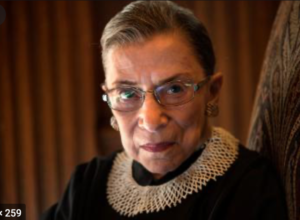 Yeah, she was that and everything. RBG became a thing, not just in hip hop, but popular culture.

And she earned every ounce of it.

I once knew Sandra Day. Was she as much of a hero, especially to progressives that I would rather associate with? Nope.

But RBG came to be the successor, and a beyond awesome one. She set the scene. The scene that now lets Sotomayor and Kagan be on the court.

But, now, what? McConnell and Trump have laid clear their intentions. When evil jackasses tell you who they are, believe them.

RBG did not make it to the final lap. But you can. Know what is at stake, and get off your ass. The one thing the Democrats have never taken seriously enough is courts and judicial policy. I have been screaming this forever. So has has Dahlia Lithwick.

It is time for better attention to be paid.