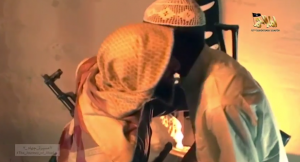 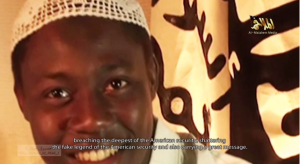 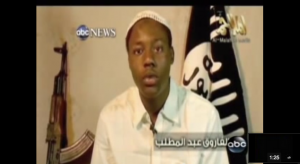 The Republicans are at it again: collecting lists of former Gitmo detainees they deem to have “returned to combat” and using those lists to fear-monger against transferring prisoners out of Gitmo.

Here’s the report the Republicans on the House Armed Service Investigations Subcommittee put out; here’s an excellent rebuttal from the Democrats, here’s Adam Serwer, and here’s Charlie Savage.

The report was supposed to be a comprehensive and bipartisan look at former GTMO detainees, but fails at both objectives. Much of the failure is due to the majority’s insistence on releasing a public report during an election year. The majority is well aware that most of the relevant material is classified and politically sensitive. To their credit, committee staff did do a workmanlike job on the classified annex, which we recommend to all members. But the public report uses a highly problematic “methodology” in order to write ghost stories designed to scare voters. Americans deserve better.

Reports on terrorism should not further the terrorists’ goal of spreading fear. After all, terrorism is a double-barreled attack on civilization: violence is one weapon and publicity of that violence is another. Without publicity, the terrorist can never succeed. Regrettably, this report gives former GTMO detainees publicity by making them seem more numerous and dangerous than they are. Reengagers will like their image in the report.

The report concludes that, despite the admitted improvements in the Obama Administration’s handling of detainee issues, the number of former detainees who return to terrorism will be as high or higher. This is purely speculative, and seems politically motivated. Time will tell, but the current rate of confirmed reengagement of transferees under the Obama Administration is closer to 3%, not the report’s cover graphic of 27%. The lower figure does not, however, make headlines.

I will have more on the report later. But I wanted to point out one detail about how the propaganda list of who is a “recidivist” and who isn’t changes.

In the April 2009 list leaked to ruin Obama’s efforts to close Gitmo, the Saudi former detainee Mazin Salih Musaid al-Awfi was listed second on the list of those “confirmed” to have “reengaged” in terrorism along with Said al-Shihri.

Said al-Shihri 17 (ISN 372) was transferred in November 2007 to the Prince Mohammed bin Nayef Centre for Care and Counseling (also known as Care) in Saudi Arabia.18 This is an initiative, operated by the Saudi government, meant to rehabilitate those believed to be terrorists.19 However, after completing the portion of the program requiring him to reside at the Care facility, al-Shihri left Saudi Arabia for Yemen despite putatively being barred from foreign travel. In addition to raising questions about the Saudi government’s ability to enforce travel restrictions on former detainees, al-Shihri’s arrival in Yemen allowed him and another former GTMO detainee to assume leadership of the newly established al-Qa’ida in the Arabian Peninsula (AQAP).20  They released a video announcing their roles.21 [my emphasis]

The report invokes al-Awfi, but don’t name him or explain why they don’t consider him among those “confirmed” to have returned to extremism.

Maybe this is why:

Mohammed al-Awfi’s is an extraordinary story. He went through the rehabilitation programme like the others from Batch 10, but then fled to Yemen where he starred in the al-Qaeda launch video.

Astonishingly al-Awfi later re-crossed the border into Saudi Arabia and gave himself up.

I have never understood why he did so.

The Saudis told me it was because he had received a phone call from his wife telling him to return to look after her and the children.

The explanation caused me to raise a quizzical eyebrow. I was told it is not unknown for the Saudis to use families as bait.

Al-Awfi is now living in luxury accommodation in Riyadh’s top security prison where he is being drained of every scrap of intelligence.

He has all the comforts of home, a well furnished flat and regular visits by a grateful and relieved family.

I can’t guarantee al-Awfi was working as a double agent–presumably like that other “rehabilitated” Saudi detainee who joined AQAP only to return to Saudi Arabia to dump key intelligence, Jabir al-Fayfi–the whole time. But it sure does look like it.

Which means among the former detainees whose story fearmongers used in 2009 to argue against closing Gitmo was, probably, a double agent collecting intelligence on what became AQAP.

For all we know, the Subcommittee may be doing the same again now–claiming people have “returned to action” when they haven’t, exactly. In fact, it’s not even clear they know for sure that their “returned fighters” are what they claim. The folks who might know best–the CIA–refused to cooperate with this report.

The committee believes the Central Intelligence Agency may have been able to provide additional insight on reengagement issues and resolve factual discrepancies identified during meetings with U.S. officials abroad. Headquarters representatives from the CIA declined requests, made at the behest of the subcommittee chairman and ranking member, to meet with staff. This impaired the committee’s efforts to evaluate fully this topic.

Which highlights how brilliant it was to recruit double agents at Gitmo (if you want to sustain the fear of terrorism). If successful, recruits might serve double duty, both infiltrating al Qaeda and providing intelligence, and serving as (apparently false) examples of how dangerous this foe really is.