[Caution: some content in this video is NSFW] Today’s Monday Movie is a short film by Patrick Cederberg published three years ago. This short reflects the love life of a youth whose age is close to that of my two kids. A few things have changed in terms of technology used — I don’t think either Facebook or Chatroulette is as popular now with high school and college students as it was, but the speed of internet-mediated relationships is the same. It’s dizzying to keep up with kids who are drowning in information about everything including their loved ones.

Their use of social media to monitor each other’s commitment is particularly frightening; it’s too easy to misinterpret content and make a snap decision as this movie shows so well. Just as scary is the ease with which one may violate the privacy of another and simply move on.

Imagine if this youngster Noah had to make a snap decision about someone with whom they weren’t emotionally engaged. Imagine them using their lifetime of video gaming and that same shallow, too-rapid decision-making process while piloting a drone.

Goodness knows real adults with much more life experience demonstrate bizarre and repeated lapses in judgment using technology. Why should we task youths fresh out of high school and little education in ethics and philosophy with using technology like remote surveillance and weaponized drones?

Speaking of drones, here’s an interview with GWU’s Hugh Gusterson on drone warfare including his recommendations on five of books about drones.

That’s a wrap for now, catch you tomorrow! Don’t forget your bug spray!

There aren’t enough words to describe this genius who can do so much with a lone string. Brushy One String is the stagename of Andrew Chin, son of Jamaican musician Freddie McKay. McKay died in 1986 in his late 30s, leaving behind a body of work representative of the rocksteady (ex: Rock-a-Bye Woman) and reggae genres. While Brushy inherited his father’s musical talent, he’s parlayed into an interesting Rhythm-and-Blues-meets-Roots-Reggae crossover. Check out his website when you have a chance.

I-Spy: Cyber Edition
You’ve probably heard about the alleged hacking of a NSA server and the subsequent attempt to auction contents from that server. Edward Snowden offered his perspective on the situation — I’ve Storify’d the tweet thread for your reading ease.

The disclosure and attempted auction were likely done by Russia for political reasons given the timing. Hacking and accessing the contents of the server should be expected — it’s ordinary spying, same as the U.S. does. But the revelation is a new tack; Snowden suggests it’s a warning to the U.S. about potential future disclosures. Read the thread for yourself.

I don’t think this hacking and disclosure happened in a vacuum. There’s a much bigger game to puzzle out — add the meeting between Russia and Saudi Arabia to “achieve oil market stability” as well as Russia’s express interest in Saudi Arabia’s plans to build as many as 16 nuclear reactors. Factor in a change in relationship between Iran and Russia now that Russia has deployed long-range bombers from Iran for the first time against ISIS. Russia, Saudi Arabia and Iran have some of the largest proven oil reserves in the world, all three in the top 10 and in Saudi’s case, influence over OPEC. Is Russia preparing for asymmetric economic pressure?

That’s it for now, still Tuesday in the next time zone. Let’s see if I can make it over the hump earlier tomorrow. 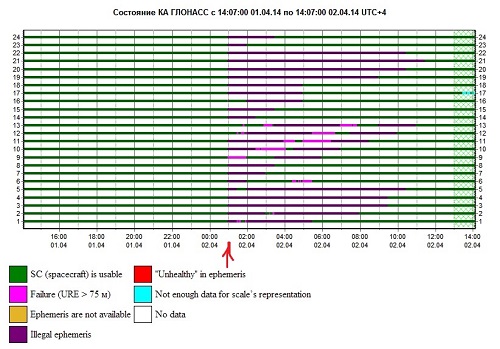