The Case Against Marriage Equality Backlash 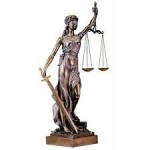 What sort of political backlash might such a decision ignite?
…
Constitutionalizing gay marriage would have no analogous impact on the lives of opponents. Expanding marriage to include same-sex couples may alter the institution’s meaning for religious conservatives who believe that God created marriage to propagate the species. But that effect is abstract and
long-term. The immediate effect of a marriage equality ruling would be that the gay couple already living down the street would become eligible for a marriage license — and nothing would change in the daily lives of gay-marriage opponents. That is why strong initial support for a state constitutional amendment to overturn the Massachusetts court ruling rapidly dissipated once same-sex couples began to marry.
…
Thus, while a broad marriage equality ruling would undoubtedly generate some backlash, its scope would be far less than that ignited by Brown or Roe. A majority of Americans would immediately endorse such a decision, and support would increase every year. Opposition would be far less intense than it was to school desegregation or abortion because the effect of same-sex marriage on others’ lives is so indirect. Some politicians would roundly condemn the ruling, though many Republicans and most Democrats would not. State officials would have no way to circumvent such a decision, nor would many same-sex couples be intimidated out of asserting their right to marry. Outright defiance is conceivable, though it seems unlikely that any state governor would be willing to go to jail for contempt of court.

The likeliest scenario, in the event of a pro-equality ruling, is immediate, strident criticism from some quarters, followed by same-sex couples marrying in states where they previously could not. Very little will change in the day-to-day lives of opponents, and the issue will quickly fade in significance.

Klarman’s article goes through pretty much every facet of the “backlash” theory, and knocks them all down in order. It is an excellent read, and I suggest you do so as there is much more there.

The specific, oft-cited argument made by Ginsburg is, I think, wrong in two crucial respects. First of all, Ginsburg’s argument that the decision would have been more broadly accepted had it rested on equal protection grounds is almost certainly wrong. The public evaluates decisions based on results, not reasoning, and essentially nobody without a professional obligation to do so reads Supreme Court opinions. Second, I don’t understand the argument that a “minimalist” opinion just striking down the Texas law wouldn’t have generated a backlash. The Texas law, while extreme in terms of its language and implications, wasn’t “extreme” in the sense of being an outlier; more than 30 states substantively identical abortion statutes that also would have been struck down. And following that, of course, would have been additional rounds of litigation to determine whether arbitrary panels of doctors and other “reform” laws were constitutional. That’s not a formula for lesser conflict.

In terms of application to the same-sex marriage cases, then, liberals shouldn’t be hoping to win by losing or whatever. There’s no reason to believe that a broad opinion invalidating same-sex marriage would produce any more backlash than legislative repeals would. There would be more “backlash” only if you (plausibly) assume that absent Supreme Court decisions many states would maintain their bans on same-sex marriage for a long time. In other words, you can avoid backlash by just not winning, an argument I consider self-refuting.

For a much longer explication on the false premise of the “Roe backlash” phenomenon, see Lemieux’s law review length article “Roe and the Politics of Backlash: Countermobilization Against the Courts and Abortion Rights Claiming” which opens up with a discussion of the backlash created by a case directly analogous to the Prop 8 situation, Lawrence v. Texas. Suffice it to say that, as Scott notes, there was some early collateral backlash, but there was not anything like predicted and, almost exactly a decade later, it seems like a distant memory that hardly happened.

This is important, because Lawrence v. Texas was a broad sweeping decision invalidating a single state’s (Texas) anti-sodomy law, but giving a full mandate that settled the issue once and for all, for all citizens nationwide. Despite many commenters having opined before the decision that the Lawrence court must rule narrowly and “go slow”. Sound familiar? It should. Same goes mostly for the Loving decision on interracial marriage. There was some grousing, but then people moved on.

Marriage equality is more popular, and trending ever more so at nearly light speed, than interracial marriage and invalidation of anti-sodomy laws were at the time of Loving and Lawrence respectively. Even the conservatives are figuring out that many of their sons, daughters, sisters, brothers and friends are gay. Not all may personally accept gay marriage, but the air is out of the hate against it. Even Chief Justice John Roberts’ niece is out and gay. And she will be sitting in the Roberts family section today at the oral argument on Hollingsworth v. Perry/Prop 8.

As one of Scott Lemieux’s commenters, “Just Dropping By” succinctly, and quite correctly, noted:

To put it another way, opposing same-sex marriage once such marriages start happening makes you look like a monster who wants to break up other people’s marriages. Opposing abortion makes you look like someone who wants to save cute babies from being killed. People don’t like imagining themselves as monsters; they do like imagining themselves as heroes. This is why millions of hours, and billions of dollars, have been spent fighting Roe v. Wade, while there’s no major national group devoted to overturning Loving v. Virginia.

Exactly right. That is the case against the “backlash”. The fear is overstated, and the time is now for equality for all, in all the states. For the Supreme Court to do less would be nothing less than a direct sanction for continued regional and state based bigotry and discrimination. That is not American, it is not constitutional, and it is no longer tolerable.