On Saturday, I pointed to a newly unsealed exhibit in the Adel Daoud case suggesting that the case arose out of an unsolicited referral from a redacted entity based in part on a claim Daoud made comments in an extremist forum about using Inspire to conduct an attack.

That detail, however, is just background to the more pressing question of whether the 7th Circuit will uphold Judge Sharon Coleman’s order granting Daoud’s lawyers review of the FISA materials against him. As Daoud is the only defendant ever granted such an opportunity, the case presents the possibility of a change in the way FISA has been used against defendants for 36 years.

On Friday, Daoud’s lawyers submitted their response to the government’s argument that Coleman used the wrong standard when she deemed defense review of the FISA materials to be “necessary.”

The response is significant for the important argument it makes about the balance of civil rights and security Congress intended when it passed FISA. (Daoud’s team added powerhouse lawyer John Cline — who readers of this site may remember as Scooter Libby’s graymail lawyer — for this appeal and the brief seems to reflects Cline’s long engagement at the forefront of how classified evidence affects defendants).

Daoud’s lawyers point to this passage of the government brief.

It’s a fairly boilerplate version of the paragraph the government uses in all challenges to FISA (though it includes a circuit-specific case they appear to misread and mischaracterize, not least because the District Judge said FISA review was moot in what was a grand jury contempt challenge).

But, as the defense notes, the paragraph relies for its definition of “necessary” on the book National Security Investigations, by former Assistant Attorney General for National Security David Kris and Federal Prosecutor Douglas Wilson, not on precedent. And as Kris and Wilson apparently admit, their claims about the term don’t match with the legislative history says. (Significantly, the government cites the legislative history elsewhere in their appeal, but not on this point.)

The government relies for its interpretation of “necessary” on a treatise. G.Br.19 (citing 2 David S. Kris & J. Douglas Wilson, National Security Investigations & Prosecutions § 31:3, at 263 (2d ed. 2012)) [“Kris & Wilson”]. (The government mis-cites the relevant provision as § 29:3.) But Kris and Wilson rely on the purported “plain meaning” of “necessary,” without citing authority for that meaning, and they concede (in an understatement, as we demonstrate below) that what they consider the “plain meaning” of the term “is, however, somewhat at odds with the explanation in the legislative history.”

From there, the defense proceeds to explain what the legislative history is. Here’s what they conclude (based on the Senate reports).

First, the Senate Judiciary and Intelligence Committees plainly did not anticipate what followed over the next thirty-six years—that no court would ever find the “necessary” standard satisfied. Nothing in the Committees’ discussion suggests that they intended that standard to erect an insuperable barrier to disclosure. To the contrary, in choosing a balanced approach, the Committees specifically eschewed “an entirely in camera proceeding”—only to have the courts overturn that Congressional intent through an overly strict interpretation of “necessary.”

Second, the Committees, through their citation to Butenko, placed broad discretion in district judges in determining when disclosure is “necessary to make an accurate determination of the legality of the surveillance.” They intended that discretion to be exercised “after reviewing the underlying documentation and determining its volume, scope and complexity”—precisely as the district court did here.

Third, the Committees—again through their reliance on Butenko—suggest that the “necessary” standard is met when the district court determines that “adversary presentation would substantially promote a more accurate decision”—a far lower standard than the “essential” or “indispensable” standard the government advocates.

Finally, the Senate Judiciary and Intelligence Committees contemplated—and did not shy away from—the outcome the government suggests is intolerable (G.Br.29-30): that the district court would order disclosure, the government would refuse to comply, and the court would suppress the surveillance or dismiss the prosecution. Just as Congress did in CIPA, 18 U.S.C. App. 3 § 6(e), the Committees left the choice with the government: either comply with the disclosure order or refuse and suffer appropriate sanctions.

I look forward to the government’s rebuttal of the legislative record. But this, noted defense expert on how classified information is supposed to affect criminal defense John Cline argues, is how Congress intended FISA to work. Sometimes the defense is supposed to be able to see and challenge the underlying FISA application.

Perhaps appropriately, given that Daoud is the first defendant ever to be granted review, this has become more than a review of whether the FISA warrant against him was proper. It has become a long-overdue debate about how FISA was supposed to balance defendants’ constitutional rights with concerns about national security.

In thoroughly unsurprising news, DOJ has informed the 7th Circuit it will appeal Judge Sharon Coleman’s decision giving attorneys for Adel Daoud an opportunity to review the FISA materials used to identify him.

While we don’t know what exotic mix of FISA claims the Executive used to identify Daoud and decide to sic a series of undercover operatives on him, we do know Dianne Feinstein raised his case during the FISA Amendments Act debate in 2012; the context suggests NSA may have found Daoud using a back door search.

While DOJ will say they’re objecting to Coleman’s decision because no defense attorney has ever reviewed a FISA warrant before so why start now, the other underlying message they send with this appeal is that they lack confidence that their counterterrorism tools would stand up to adversarial review.

The next time someone says this is all legal, you might remind them that DOJ refuses to test that claim in the traditional venue for doing so, an Article III setting. 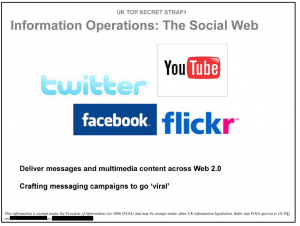