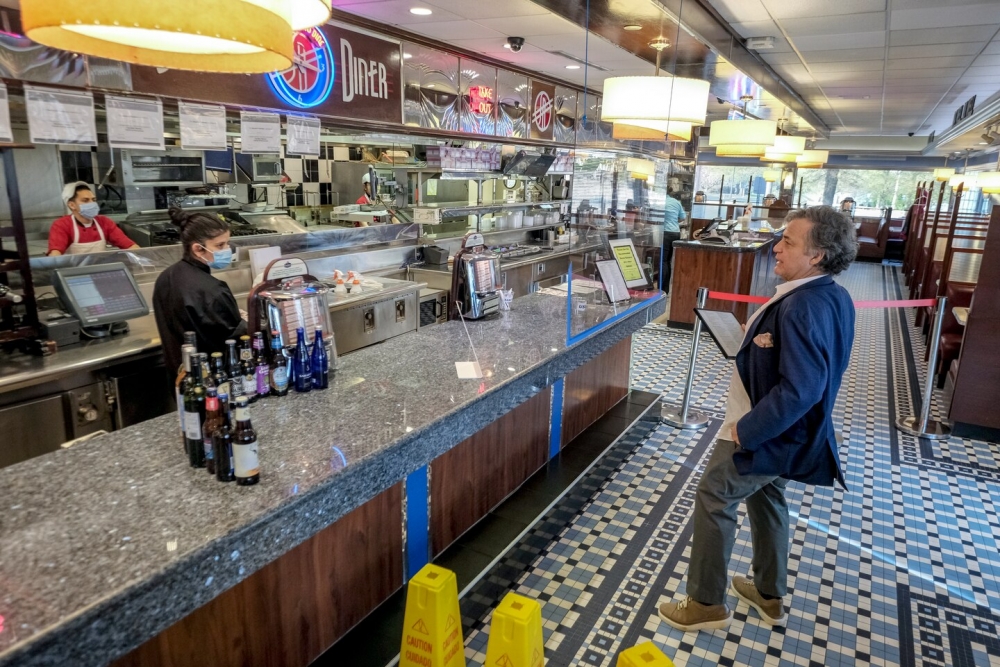 Yesterday, I retweeted this list of stimulus packages from around the world and added a rant on how it means that when the US economy reopens (see Marcy here on why it’s not Trump’s call to make, despite his claims), the US will be left in the dust because so many workers who were laid off during the shutdown will have lost everything and likely will face a long delay in finding re-employment.

Stimulus packages around the world:

US: One time $1200 check that may take months to arrive

As you can see from the list, much of the world is taking care of workers to see that they are able to meet their basic needs of shelter and food until social distancing begins to be lifted. (I won’t even go into the fact that the rest of the world also assures universal health coverage as well, so as not to upset my blood pressure even further).

The sad reality of these numbers is that in the US, workers simply aren’t acknowledged as human. They are merely tools the “job creators” use to enrich themselves. This Washington Post article from yesterday drives that point home in disgusting detail. Here’s a screencap of the headline and subhead:

That subhead, coupled with the comparison of different countries’ approaches for stimulus packages, perfectly sums up the complete negation of humanity for US workers. In the civilized portions of the world, governments are stepping in directly to make sure workers continue getting paid at a rate that is fairly close to their usual wages. In the US, direct payments to the public at large are essentially taboo, so token $1200 payments have been approved and we can rest assured that the Trump administration will drag their feet and fuck this up enough to make sure most workers won’t see this money for a very long time if ever. So, enter the plan to funnel money to workers through the SBA and the “job creators” who are so sacred to the distorted US view of how to structure the economy. But even here, “job creators” just can’t grasp the idea that workers are humans who need food and shelter during the time that, through no fault of their own, they can’t work. The idea of paying workers to do nothing simply never can be entertained, even if it literally means life or death.

Bob Giaimo, founder of the Silver Diner restaurant chain, is hoping to receive emergency funding in the coming days through a federal loan program. But he doesn’t want to spend the money right away.

Small-business owners are supposed to use the loans immediately to keep employees on their payrolls during the coronavirus crisis, but at the moment there is little for Giaimo’s workers to do. His restaurants in Virginia, Maryland and the District will be closed for sit-down service until local officials allow them to reopen.

“Getting the loan is hard enough. Using it is harder,” said Giaimo, who is lobbying his members of Congress for more flexible loan terms.

No, Bob, using those SBA funds is not hard. The whole fucking point of this program, right there as the Post says, is “to keep employees on their payrolls during the coronavirus crisis”. It doesn’t matter that they have nothing to do. What matters is that they need to buy groceries and pay rent.

Let’s get back to Bob, because he’s such a gem of a “job creator”.

For Giaimo, part owner of Silver Diner, which runs 19 restaurants, the mandated timing of the spending is a problem.

In his 30 years in business, he says he’s never laid off an employee, until now. After the coronavirus hit, local authorities ordered restaurants to close for sit-down service, forcing Giaimo to temporarily lay off 1,600 of 1,800 workers, he said. Most of them are now collecting unemployment, he said. (Some regional restaurant chains qualify for the loans even if they employ more than 500 people.)

He applied through a local bank for a $9.5 million emergency loan and is awaiting approval. But rehiring his workers immediately would be impractical, he said.

“There’s no job for them,” he said. “We would use all the loan proceeds while we’re closed, and we’d be out of funds to reopen.”

But poor Bob. Even though his business doesn’t really fit the definition for small, he’s found a loophole to still apply for a $9.5 million forgivable loan that is specifically designed to keep employees of actual small businesses on the payroll. But, you see, he cut 89% of his employees off the payroll to join the flood of those seeking paltry state unemployment benefits. And Bob has needs now:

Giaimo wants the rules to change so that the companies can qualify for loan forgiveness if they wait to rehire workers until they are legally allowed to reopen. Meanwhile, he’d like to use part of the loan to pay the workers he has retained and to pay suppliers of food and other goods, but he says paying suppliers isn’t an allowed use of the funds under current regulations.

You see, Bob has bills. He needs to pay those bills, like the ones from his suppliers. As for all those workers he laid off? Fuck their bills.

It should be noted, although this point will be totally lost on Bob, that this loan program is already under discussion for expansion, presumably to extend the amount of time workers could continue to be paid as we await the chance to restart activities like dining in restaurants. But it just never enters Bob’s little mind that he could take these funds, which he wouldn’t have to repay, and use them to pay those workers he laid off, even if they can’t work right now.