In a remarkable development, the devastation from Sandy now is finally moving a least a portion of the national conversation onto the very important topic of infrastructure and how we need to renew our degrading infrastructure in addition to hardening it against new waves of damage due to weather extremes brought on by climate change. Consider this bit of truth-telling from Connecticut Governor Dannel Malloy on Rachel Maddow’s show last night:

But it’s not just Malloy who sees the need to have the future in mind during the recovery from Sandy. Today’s New York Times carries an article in which New York Governor Andrew Cuomo discusses how preventive steps need to be taken in the near future:

On Tuesday, as New Yorkers woke up to submerged neighborhoods and water-soaked electrical equipment, officials took their first tentative steps toward considering major infrastructure changes that could protect the city’s fragile shores and eight million residents from repeated disastrous damage.

Gov. Andrew M. Cuomo said the state should consider a levee system or storm surge barriers and face up to the inadequacy of the existing protections.

“The construction of this city did not anticipate these kinds of situations. We are only a few feet above sea level,” Mr. Cuomo said during a radio interview. “As soon as you breach the sides of Manhattan, you now have a whole infrastructure under the city that fills — the subway system, the foundations for buildings,” and the World Trade Center site.

The Cuomo administration plans talks with city and federal officials about how to proceed. The task could be daunting, given fiscal realities: storm surge barriers, the huge sea gates that some scientists say would be the best protection against floods, could cost as much as $10 billion.

It is sad that such a level of devastation is needed before there is talk of action. As recently as last month, the Times carried yet another warning that exactly this type of damage was becoming increasingly likely:

But even as city officials earn high marks for environmental awareness, critics say New York is moving too slowly to address the potential for flooding that could paralyze transportation, cripple the low-lying financial district and temporarily drive hundreds of thousands of people from their homes.

Only a year ago, they point out, the city shut down the subway system and ordered the evacuation of 370,000 people as Hurricane Irene barreled up the Atlantic coast. Ultimately, the hurricane weakened to a tropical storm and spared the city, but it exposed how New York is years away from — and billions of dollars short of — armoring itself.

“They lack a sense of urgency about this,” said Douglas Hill, an engineer with the Storm Surge Research Group at Stony Brook University, on Long Island.

Instead of “planning to be flooded,” as he put it, city, state and federal agencies should be investing in protection like sea gates that could close during a storm and block a surge from Long Island Sound and the Atlantic Ocean into the East River and New York Harbor.

And it was exactly that storm “surge from Long Island Sound and the Atlantic Ocean into the East River and New York Harbor” that flooded lower Manhattan and the New York subway system. Considering that estimates yesterday on the financial impact of Sandy were already going as high as $25 billion (and I expect that number to go up by a lot as more damage is discovered), an investment of $10 billion for a surge barrier, coupled with a massive push for revitalizing and hardening the electrical and transportation systems behind the barrier, looks like a very wise investment. Sadly, though, as Malloy points out, half the country doesn’t believe in infrastructure investment. At least, that was the case before Sandy. Will infrastructure scrooges who were directly impacted by the storm finally see the importance of being proactive, or will yet another teachable moment be lost? 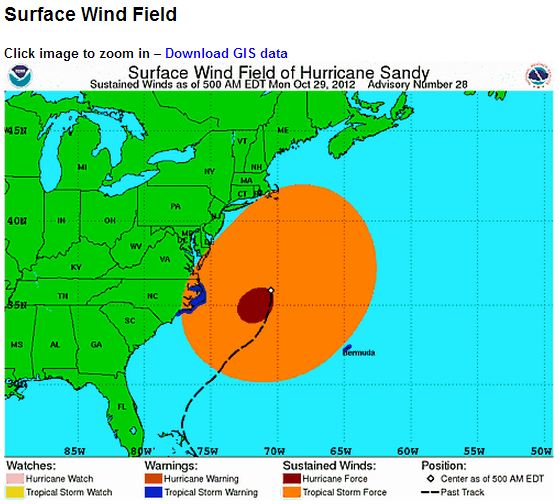 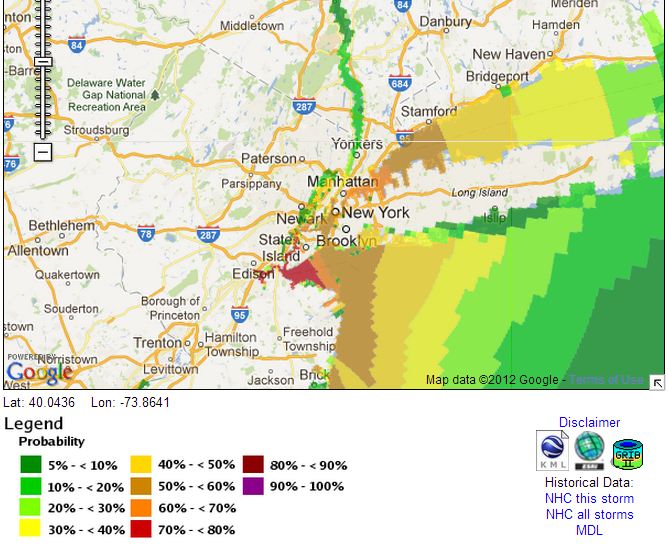