Petraeus Plans for The Day After 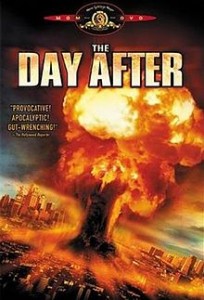 Okay, so here is Petraeus (and co-author Vance Serchuk, who was Joe Lieberman’s foreign policy advisor after cutting his teeth at the American Enterprise Institute–you just can’t make this shit up!) framing the problem for us:

Largely absent from the debate, however, has been a fuller consideration of the strategic implications a nuclear agreement could have on the U.S. position in the Middle East.

Such an assessment must begin by considering the consequences of lifting the majority of sanctions on Iran — and of Iran resuming normal trade with the world’s major economies. This prospect is what provides our strongest leverage to persuade the Iranian government to abandon key elements of its nuclear program.

But lifting sanctions would also lead to the economic empowerment of a government that is the leading state sponsor of terrorism. Indeed, even under crippling sanctions, Iran has managed to provide robust support to extremist proxies as part of its broader geopolitical agenda across the Middle East and beyond — activities antithetical to U.S. interests and to those of our closest allies.

It is possible that a nuclear deal would pave the way to a broader detente in Iran’s relations with the United States and its neighbors. It is, however, more plausible that removing sanctions would strengthen Tehran’s ability to project malign influence in its near-abroad, including Syria, Lebanon, Iraq, the Arabian peninsula and the Palestinian territories.

Just wow. Petraeus is actually using Syria as a primary example of Iran as a sponsor of terrorism. That’s right, the same Syria where Petraeus’s CIA started the training of CIA death squads modeled after his Iraq death squad program and that has given us “moderate” death squads who make the news by eating an opponent’s heart. Syria is one of the last places on Earth where the US should try to claim the moral high ground.

I do, however, agree with Petraeus’ point that US sanctions have devastated Iran’s economy. But given the level of suffering for most Iranian citizens, it seems that Rouhani will be under tremendous pressure make restoration of Iran’s economy the highest priority under any scenario with the sanctions mostly lifted.

It is not until the halfway point in this grossly belligerent piece that Petraeus finally, grudgingly, admits that a negotiated deal with Iran on its nuclear technology is actually better than military action against sites where Iran carries out the work. And yet, the rest of the piece is devoted to keeping the attitude relating to Iran as close to a war footing as possible.

Finally, Petraeus gives us a five point plan on how we can prepare for that day after an agreement with Iran is signed. I won’t bother with working through all of them, but the middle one circles back to the issue of Syria:

Third, the United States needs to look hard at its position on Syria, arguably now the central front in a broader struggle for primacy in the Middle East. Recent reports that the Obama administration has been considering various forms of increased support to the Syrian opposition — including providing a limited number of strategically significant weapons systems — are encouraging. These reports, if true, would reflect recognition that a much more robust, focused and well-resourced effort is required to reverse the Assad regime’s current battlefield momentum, which it has achieved in large part due to Iranian help.

Petraeus can hardly contain his excitement about providing MANPADS, presumably through Bandar, for those “moderate” rebels in Syria to unleash new levels of hell in a region where civilians are starving while suffering atrocities at the hands of both sides in this conflict with no sign of ending.

With Petraeus appearing yet again in the Post, we can only wonder if there is yet another movement underway to launder his image and get him ready for a political run. Recall that in 2011, there was an ill-fated push by political groups to get Petraeus a fifth star to burnish his credentials for a potential presidential run in 2012. One would think that his spectacular failures in the Broadwell affair would have doomed him politically forever, or even that his role in holding back intelligence on the Benghazi attack for political reasons would keep him out of politics, but I can’t help wondering if I’m still going to have the ass-kissing little chickenshit around to bash for many more years to come.