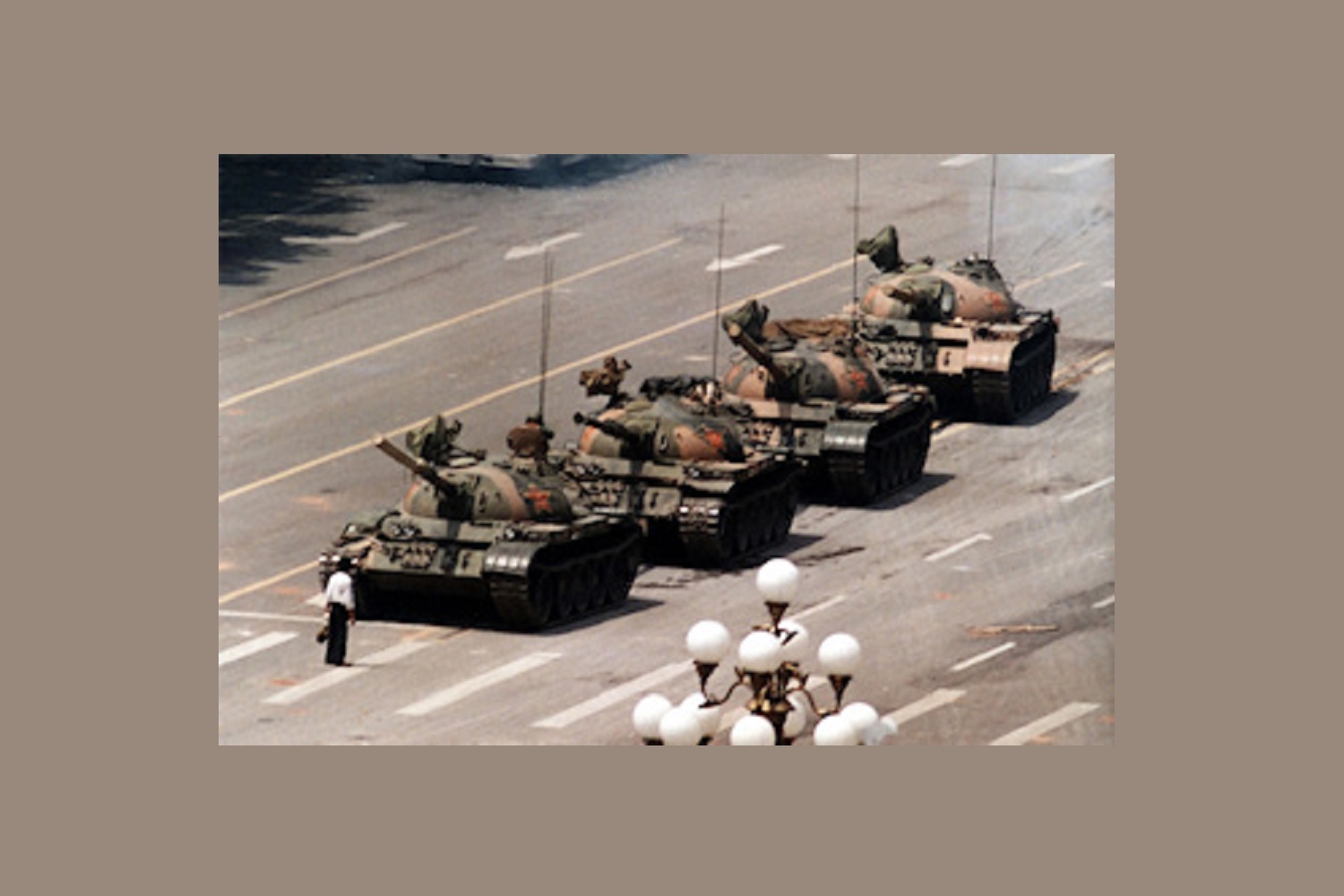 It’s June 5 in China as I type this late in the evening of June 4 in the U.S.

We’ve seen U.S. military personnel deployed to American cities which are not burning down and are not under siege; they’ve been deployed because Americans dared to exercise their First Amendment rights.

These are the same innate rights which founded this nation when colonists rebelled against the tyranny and oppression of an autocratic monarch, writing rebellious missives and tossing tea into Boston Harbor.

Troops and equipment were deployed on both coasts, to Washington D.C. and Los Angeles area.

Your Lincoln Memorial this evening. pic.twitter.com/QByGgWeDDm

They have the US army out in full force on Hollywood Blvd….fully stocked assault weapons and all. #BlackLivesMatter

It’s hard to get used to seeing this military presence at nonviolent protests in downtown Los Angeles. pic.twitter.com/QRdHjcV7QL

First time I can find that this aircraft, normally used for war zones/disasters/narcotics, has been used to gather intel at a protest.

Very troubling. I have questions. pic.twitter.com/DlQRPJf7NI

Some of this military deployment was just plain stupid, sloppy, wasteful — flip-flopping resources from one place to another. I can’t imagine the military doing this; this is on Barr and Trump.

A federal riot team was dispatched to Miami for some reason. Perhaps it was because of Trump National Doral Miami golf course, or Mar-a-Lago, Trump National Golf Club Jupiter, and Trump International Golf Club West Palm Beach located an hour north. Perhaps it was because Miami-Dade County is only 15% non-Hispanic white and there would surely be protesting there. Maybe it was intended as an intimidation or voter suppression tactic which doesn’t appear to have occurred to Floridians.

The locals in Miami certainly didn’t know why.

With the news, a question hung in the air. Why Miami?

The answer is still shrouded in mystery, but the way the announcement was carried out has confused officials across different levels of government. Several law enforcement sources at both local and federal levels only learned about the team’s presence in Miami after reporters pointed them to statements from the Trump Administration.

Ultimately, the federal team is leaving Miami without being deployed.

Florida’s Gov. Ron DeSantis asked the National Guard to drop its work on COVID-19 support and take up patrol in Tampa because of protests there — but the protests have been relatively peaceful.

At least until police showed up.

There’s also the hyper-militarized police which can barely be distinguished from military. This one is particularly puzzling since Walnut Creek, California is a relatively wealthy and relatively white part of the state.

– Police in a military vehicle in Walnut Creek, California.

This tank-ish vehicle drew comparisons to tanks used in Tiananmen Square in 1989.

It’s not just Americans who see a parallel; this is from a Canadian academic:

Some of my friends of Chinese heritage are disturbed by the comparison, suggesting Americans avoid it in no small part because many Chinese are still traumatized by the 1989 events. Others are concerned because China’s government still aggressively censors any mention of the 1989 protests, potentially removing users from social media. This is a serious punishment because all their identity, employment information, bill paying, credit scores are mediated through social media.

Other Chinese who don’t live in the mainland point to the comparison between 1989 and the US in 2020 and warn us not to end up like the Chinese — under an even more repressive state after hundreds of civilians’ deaths when the military put down the protests, squelching demands for a more democratic society.

It doesn’t seem possible that there could be more than a passing similarity between China in 1989 and the U.S. today, given the amount of freedoms many (straight white) Americans in this country possess.

We were reminded, though, the likely reason the military was called upon may have found inspiration in 1989.

Does Trump think this is just a noisy student uprising which can be put down with tanks? Do his bigoted, talentless minions likewise think police brutality is a nothing burger which can be squashed easily with a show of force?

It’s rather ridiculous what power has been called upon to protect the White House from the protesters who want police brutality against black Americans to end.

UPDATE: 4500 National Guard now in DC, up from 1200. This does not include 1600 active duty troops waiting in the wings just outside the District via @CBSNews David Martin.

So much energy and resources wasted because Trump has a ridiculously shallow concept of power and how best to use it.

But even more ridiculous than all this overkill intended to suppress Americans’ First Amendment right to exercise free speech through protest is the Republican Party’s hypocrisy, from Sen. Tom Cotton’s obnoxious op-ed in The New York Times calling for military deployment against Americans, to this feckless gem from the House GOP caucus:

Today, we remember the scores of innocent demonstrators killed by the Chinese Gov’t 31 years ago at Tiananmen Square for speaking out against the totalitarian regime.

We must hold the CCP accountable for suppressing freedom & for their malign activity that continues today. pic.twitter.com/ncPH2M33Je

Utterly blind to their double standard — a president who uses the military to suppress constitutionally-protected speech in violation of his own oath of office is okay with them, but they threaten a totalitarian government which also suppressed speech with military force?

At least the Chinese show signs of breaking their suppression — in spite of attacks on Hong Kong’s freedoms — after their government’s initial handling of the COVID-19 pandemic cost the country valuable time to stop the disease from ravaging Wuhan’s population.

Free speech would have saved Chinese lives; it would have prevented President Xi Jinping’s and the Chinese Communist Party‘s loss of credibility caused by suppressing Dr. Li Wenliang’s warning about COVID-19

Somehow I doubt Trump will learn anything at all from China’s failure.

This is the weirdest photo op of all time. How does it make you feel? pic.twitter.com/3q9gRwW12T

He certainly doesn’t seem able to learn from his own.

It’s now June 5 here in the U.S. as I finish typing this.

31 years ago, a lone man carrying bags in his hands as if he had just been shopping, stood in front of a line of tanks impeding their procession. The Chinese military had fired upon protesters, killing as many as 500 people in Tiananmen Square during the previous two days in an effort to put down the pro-democracy movement.

For a moment in time one man stood between the regime and an oppressive future.

I’d like to think there are more than one or two persons willing to stand up to systemic abuses and repression here, hold it in check longer than a moment in time.

The protesters in the streets over the last 10 days tell us there are.

The polls in November will tell us if there are enough.

What will our children say of this time in 31 years? What will they remember of us?