Tag Archive for: US Army Military District of Washington 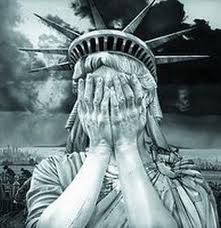 On Monday I laid out the dynamics that would be in play for the court in considering what sentence to give Bradley Manning in light of both the trial evidence and testimony, and that presented during the sentencing phase after the guilty verdict was rendered. Judge Lind has entered her decision, and Bradley Manning has been sentenced to a term of 35 years, had his rank reduced to E-1, had all pay & allowances forfeited, and been ordered dishonorably discharged. This post will describe the parole, appeal and incarceration implications of the sentence just imposed.

Initially, as previously stated, Pvt. Manning was credited with the 112 days of compensatory time awarded due to the finding that he was subjected to inappropriate pre-trial detention conditions while at Quantico. Pvt. Manning was credited with a total 1294 days of pre-trial incarceration credit for the compensatory time and time he has already served since the date of his arrest.

Most importantly at this point, Manning was sentenced today to a prison term of 35 years and the issue of what that sentence means – above and beyond the credit he was given both for compensatory time and time served – is what is critical going forward. The following is a look at the process, step by step, Bradley Manning will face.

The first thing that will happen now that Judge Lind has gaveled her proceedings to a close is the court will start assembling the record, in terms of complete transcript, exhibits and full docket, for transmission to the convening authority for review. It is not an understatement to say that this a huge task, as the Manning record may well be the largest ever produced in a military court martial. It will be a massive undertaking and transmission.

At the same time, the defense will start preparing their path forward in terms of issues they wish to argue. It is my understanding that Pvt. Manning has determined to continue with David Coombs as lead counsel for review and appeal, which makes sense as Coombs is fully up to speed and, at least in my opinion, has done a fantastic job. For both skill and continuity, this is a smart move.

The next step will be designation of issues to raise for review by the “convening authority”. In this case, the convening authority is Major General Jeffrey Buchanan, who heads, as Commanding General, the US Army’s Military District of Washington. This step is quite different than civilian courts, where a defendant proceeds directly to an appellate court.

(a) In general. After a sentence is adjudged in any court-martial, the accused may submit matters to the convening authority in accordance with this rule.

(b) Matters which may be submitted.
(1) The accused may submit to the convening au­ thority any matters that may reasonably tend to af­ fect the convening authority’s decision whether to disapprove any findings of guilty or to approve the sentence. The convening authority is only required to consider written submissions.
(2) Submissions are not subject to the Military Rules of Evidence and may include:
(A) Allegations of errors affecting the legality of the findings or sentence;
(B) Portions or summaries of the record and copies of documentary evidence offered or intro­ duced at trial;
(C) Matters in mitigation which were not avail­ able for consideration at the court-martial; and
(D) Clemency recommendations by any mem­ber, the military judge, or any other person. The defense may ask any person for such a recommendation.

Once the convening authority has the full record and the defense has designated its matters for review, Buchanan will perform his review and determine whether any adjustments to the sentence are appropriate, and that will be considered the final sentence. At this point, the only further review is by a traditional appeal process.

Generally, the level of appellate review a case receives depends on the sentence as approved by the END_OF_DOCUMENT_TOKEN_TO_BE_REPLACED