Meanwhile, Over at Foggy Bottom 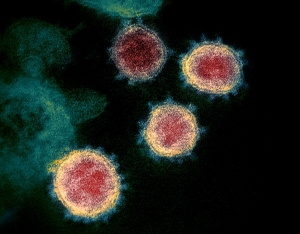 “No, you don’t need to be tested. Never mind all those coughing people sitting across the table from you at lunch. I’m sure it’s nothing.”

It’s rough being a career member of the US State Department workforce in the Donald Trump era. In general, much of the work of these people is not particularly affected by the changes in presidential administrations. Passports get issued to US citizens who wish to travel abroad, and visas get processed for those who wish to visit here. Those posted at embassies abroad listen to what is happening around them and report the most interesting stuff back to Foggy Bottom in DC, and they take what they’re told by Foggy Bottom and share it with the country in which they are posted. Big things change, like treaty negotiation postures and diplomatic postures on big picture issues, but the nitty gritty stuff is pretty ordinary and non-controversial.

But now, there’s a new wrinkle: whatever you do, don’t do or say anything that will make the guy who sits in the room with no corners look bad. He does not react well. And that wrinkle makes even the ordinary nitty gritty stuff difficult.

“Domani Spero,” the pseudonym of the author of DiploPundit, means “See you tomorrow, I hope,” which seems a fitting moniker for someone who watches the ins and outs of the State Department. Says he, “DiploPundit wades into leadership and management issues, realities of Foreign Service life, ambassadors and nominations, embassy report cards, current events in countries and regions which may or may not include prominent U.S. interests, and other developments in the international affairs community.” His writing assume that his readers are familiar with State Dept jargon and acronyms, which can put some readers off. On the other hand, for those in and around the US diplomatic community, DiploPundit is a definite place to check in for details that might not make it into general media reporting. Along the way, he occasionally posts items that come from his “burn bag” (State Dept lingo for the receptacle for classified trash that must be burned, rather than taken to the curb), which is his place for receiving anonymous tips. These often come from current State Dept employees, raising issues that they do not feel comfortable in bringing to the attention of their superiors via in-house channels.

Four days ago, DiploPundit noted that the US Embassy in Kingston, Jamaica put out a classic non-denial non-response to a story in the local media. While he didn’t link to the story, he seems to be referring to the Jamaica Observer, which wrote this last Wednesday:

A second case of COVID-19 has been confirmed in Jamaica.

Dr Tufton said the second case is a US Embassy employee who returned from the UK.

As you might guess, the US Embassy in Kingston started getting calls about this, their response boils down to “we’re aware of the report and will not confirm or deny it, but we’re working with Jamaican authorities and doing a really deep cleaning of all embassy facilities.”

Three days ago, DiploPundit wrote up a Burn Bag post, sent to him by “sickdips”:

“Members of the Embassy community at one post have fallen seriously ill with COVID-19 symptoms, but the State Department will not test them for COVID-19 or *MEDEVAC them. There is already limited medical capacity at many posts, which will be completely overwhelmed as the pandemic spreads. What is MED waiting for? Protecting our people should be our NUMBER ONE PRIORITY.”

MEDEVAC is exactly what it sounds like – medically evacuate – and MED is the acronym for the State Dept’s Bureau of Medical Services. When I went to MEDs page at State.gov, it had nothing but standard “here’s what we do” language and no news items related to COVID-19 among US embassy staffers.

This led me back to that non-denial non-response. In the middle, there’s one sentence that jumped out at me: “The U.S. Department of State has no greater responsibility than the safety and security of U.S. citizens overseas and locally-employed staff.” Remember what I said at the top? Don’t say or do anything to make the guy who sits in the room with no corners look bad. That’s what’s going on in this statement. “Make sure you tell everyone that we take care of US citizens!”

If sickdips saw this (whether Jamaica is the post about which sickdips was writing or not), it’s probably what prompted sickdips to drop a note to the Burn Bag. Fancy words about protecting the safety of embassy staffers are nice, but actions on the ground like refusing to test after exposure to a known carrier of COVID-19 suggest otherwise.

That was three days ago. The following day, DiploPundit posted a roundup of items about COVID-19 at various embassies, which laid out nine different countries (including Jamaica and Italy) where ordinary services are restricted or the embassies and consulates are completely closed for all but the most extreme emergencies. The list included this observation at the top: “As of this writing, we have not seen any public announcement or guidance from the State Department on COVID-19 for employees or family members. Let us know if we missed any statement from Pompeo or [Undersecretary of State for Management Brian] Bulatao.”

That last sentence was DP poking Pompeo and his chief aide for running the State Department with a very sharp stick, and doing it in a place where everyone in the diplomatic community could and would see it.

That was two days ago. Today, the State Department put out an updated health warning for US citizens thinking about traveling abroad. The short version is this: don’t. The longer version is this:

The Department of State advises U.S. citizens to reconsider travel abroad due to the global impact of COVID-19. Many areas throughout the world are now experiencing COVID-19 outbreaks and taking action that may limit traveler mobility, including quarantines and border restrictions. Even countries, jurisdictions, or areas where cases have not been reported may restrict travel without notice.

On March 14, the Department of State authorized the departure from any diplomatic or consular post in the world of US personnel and family members who have been medically determined to be at higher risk of a poor outcome if exposed to COVID-19.

The first part of that is the language you’d find in a standard State Department warning, albeit these kinds of warning are usually aimed at specific countries or regions, not the whole world. But the second part of that — the part that begins “On March 14 . . . ” — is not standard. Not at all. It sounds to me as if someone at Foggy Bottom who read DiploPundit’s poke tried to address the concern, but “put it out with the trash” late on Saturday, hoping it wouldn’t get too much attention from the general media, and thus incur the wrath of that guy in the room with no corners.

This is a deeply serious development. This kind of “we’ll pull anybody out of anywhere” statement is damn near unheard of, and the only reason I say “damn near” is to give myself wiggle room should someone with greater historical knowledge step up. I can’t think of anything close, ever.

But even so, as broad and sweeping and unheard-of as this is, I don’t think on it’s face it is enough. As DiploPundit notes, “So the ‘authorized departure’ or voluntary evacuation depends on the determination of the local MED unit or based of current medical clearance?” You remember MED – the same folks that wouldn’t authorize testing personnel who had been in contact with an infected person?

The cable released by State/M Brian Bulatao says: “Effective March 14, 2020, I hereby approve authorized departure (AD) from any diplomatic or consular post of U.S. direct hire employees or eligible family members (EFMs) as listed on employee orders and defined in 14 FAM 511.3 who, after confidential consultation with MED, have determined they are at higher risk of a poor outcome if exposed to COVID-19, or who have requested departure based on a commensurate justification in foreign areas.”

Our source, not from Public Affairs, interpret this to mean that MED approval is not specifically required but you need to refer to MED when you go tell your boss you want out.

The  last time we had a global authorized/ordered departure order was probably during Y2K, was it? (The State Department at that time also issued an edict stating that all embassies must be prepared to be self-sufficient for 30 days by January 1, 2000).

When Trump gave his speech last week about the “foreign virus” and the need to blockade the EU but not the UK, it was clear that Trump was acting out of his usual playbook: xenophobia, build bigger walls, get revenge on your foes and carve out loopholes for your friends. Since then, clearer heads have pushed Trump to include the UK in his travel blockade, as viruses do not care about the color of your passport. I suspect those clearer heads are folks like Anthony Fauci on the medical side and whoever at State authorized the evacuation of any diplomatic staff from any post over medical concerns.

Domani spero, everybody. See you tomorrow, I hope.