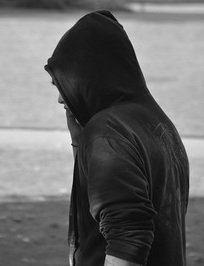 Some of you may have been at Netroots Nation this summer, along with Team Emptywheel. I couldn’t go this year.

My once-sunny 15-and-a-half year-old who carried As and Bs all through grades K-8 suddenly became a difficult student. He failed a class one term, earned a C in another class; he might have done worse in other classes had I not leveraged threats ranging from dropping sports to elimination of all electronics. He’s going to have to re-take the failed class.

Girls discovered him. I don’t think it was the other way around, having accidentally come across text messages. He began to talk with one girl on a regular basis, bleeding his heart out to her about all the conflicts he used to discuss with me. In her he found a personal fan club; she patted his back about the crap hormonally-overloaded teen boys do to each other, as well as the horrors a “tiger mother” inflicted on her child, especially a parent whose partner is away from home a lot due to the demands of their job. You can imagine some of the dialog:

HE: OMG she made me study all eve i hate her

SHE: poor thing i feel so sorry for you come over and we’ll watch movies

At the same time, my son was burning his candle at both ends. He ran 30 or more miles a week with the cross-country team, attended at least two meets a week, while juggling advanced classes and the girlfriend. It was just too much for him.

Add dramatic growth spurts to this picture; he shot up nearly eight inches inside a year’s time, completely messing with his classmates’ and teachers’ perceptions of him.

I expected the separation between parent and child; distancing is a necessary part of growing up. But the failed grades and a sketchy first-time relationship? Nope. I have to double-down on supervision before he becomes an even more difficult high school sophomore.

He gets moody, takes off and hides out, cellphone in hand at all hours. The moodiness bugs me all to hell; he’s far worse than his older sister ever was. But this is another contributing factor. His sister left for college this year and now all the attention at school and home is on his back with laser-like focus. Because of his track record I need to watch him closely, but appear not to do so at the same time. It’s utterly crazy-making for both of us.

In spite of the painful occasional I-don’t-want-to/Yes-you-are-right-now screaming matches, I’ll be here. I’ll protect him as I guide him, with the help of his teachers and coaches. He may tower over me at nearly six feet, but his brain and nervous system have not caught up. I’m sure his IQ suffered on occasion, mirroring results of studies on teen growth. His frequent clumsiness and poor choices attest to ongoing changes (i.e., not studying, playing video games into the wee hours, eating a half-gallon of ice cream in one sitting, so on). He needs me here to make sure he makes it through this last leg of the marathon from birth to adulthood. Just three or four more years of vigilance and he’ll be ready to take on most adult functions by himself.

You’ve got the picture now: pouty, moody, and alone, roaming the neighborhood in the evening, sweatshirt hood up while he’s on his cellphone with his girlfriend. My son is not unlike Trayvon Martin.

Which is why I am absolutely horrified and appalled about the Zimmerman-Martin case.

Who and what was George Zimmerman protecting?

Yes, I’ve read fellow Emptywheeler bmaz’s post about the anticipated verdict. What he says makes sense with regard to evidence and the law.

But what does not make sense to me is how an adult man could shoot a neighbor boy not unlike my own son.

I can’t fathom the thought processes and actions that would lead an adult man to confront a lone teen boy in a manner that would ultimately lead to the boy’s death. If my son were wandering around alone in the evening in my neighborhood, my neighbors would watch him at a careful distance. They might call the cops if they didn’t recognize him. If they knew who he was, I might get a visit from a neighborhood association board member if they were worried about a pattern of behavior.

How could anything my son ever do potentially lead to a gunshot and death, though?

He’s still legally a child. Our society has agreed that persons under the age of 18 cannot make informed decisions for themselves, unable to affirm contracts

Which brings me again to George Zimmerman, the adult present that fateful night, the person who should have been able to make mature decisions. As far as I can tell, he made bad ones, several times. I concur with Huffington Post’s Ryan Grim, that Zimmerman could have made different, better decisions.

But the worst decision Zimmerman made Grim did not mention. Zimmerman chose not to protect a teen neighbor boy; he chose instead to protect…

Why didn’t this boy, so like my own, get protection by the neighborhood watch?

Why did the adult in this case — one who isn’t supposed be suffering from hormonal overloads, requisite teen and/or family drama, and too much sugar — make such awful choices?

The law may have found for Zimmerman, but I cannot. He is an adult, believed to be the mature, level-headed person making sound decisions that night. A man who should have listened carefully to the dispatcher and respected their feedback about not following Trayvon Martin.

Here, though, is the problem with our culture, our society. It’s the underlying reason why Washington Post’s Richard Cohen is permitted a pulpit to write about “the death of a young man understandably suspected because he was black.”

We’re failing our youth. Men like Zimmerman believe that teen boys, particularly those of color, do not need protection. They don’t see them as neighbors or children of their village. These men swing their guns as proxies of their manly dicks, choosing not to be paternal or neighborly, but hostile and confrontational in both words and acts. Boys in their freshly-spun adult bodies, still operating with minds of children, are to be seen as the enemy, not coached or parented but accosted and assaulted.

We don’t hold these same men accountable for failing as the protective guides our sons and daughters alike need during their katabasis, the challenging, adrift time between childhood and adulthood when our progeny must delaminate from parents and build new identities as functional adults.

I could dig more deeply into the issue of race, but the problem is bigger than race alone. The same misguided attitude toward our youth has encouraged so many teen boys to access weapons before they are mature enough to make informed decisions. Years later I still cannot imagine how Eric Harris and Dylan Klebold could amass so many weapons without notice by parents and other adults before they shot up Columbine High School and themselves. How many times since then have we read other stories about teens arming themselves before threatening, hurting, or killing others? Why did these children in adults’ bodies feel they needed to acquire arms and attack others?

Did they feel unprotected?

How many times have we heard of rapes by youth of this same age, too? Often unarmed violence, but violence all the same — yet no parent or other adult saw any of these hostile acts brewing? With respect to rape, girls may more often be the disposable victim though rape affects both genders. I’m only surprised Richard Cohen hasn’t written about the Steubenville case as “the rape of a young woman understandably targeted because she was female.”

In Steubenville, the football coach and other adult members of the community rallied behind and supported the football players accused of rape in spite of video evidence. Worse, a coverup of the crime may have been attempted, fortunately thwarted by Anonymous hacking and leaking of materials germane to the case.

Why wasn’t the first reaction on the part of the football coach and other adults to call the cops and care for the victim?

Who or what were these adults really protecting?

Certainly not the victim; she was just another disposable teen.

We’re failing. It’s gone on for far too long, becoming a kaiju of epic proportions given the number of injured, dead, and raped teens every year.

Trace line of thought a bit farther and it’s not impossible to imagine that every atrocity committed by our troops in Iraq and Afghanistan, even domestic spying by the NSA, may be a result of this same pervasive problem. Unprotected youths turned into disaffected adults.

Think about it: an at-risk, unprotected generation shaped by years of violent video games, encouraged by our culture to be gun-toting dick-swingers, acting out of self-interest alone, without a proper sense of who or what they are really supposed to protect — then armed to the teeth with guns, or keyboards and software.

Imagine the disposable victims, understandably targeted…when does it end?

tweets from our circle
emptywheel@emptywheelThis sounds like a job for Mike Flynn. twitter.com/pbump/status/1…19 minutes ago22 May 2022
bmaz@bmazGood. Although Oklahoma should be shunned too over their hideous anti-women policies. Oklahoma is a disgrace to the… twitter.com/i/web/status/1…2 hours ago22 May 2022
RayneToday@raynetodayLOL Perhaps the mythical "single server" the right-wing wanted turned over after the DNC was hacked already resides… twitter.com/i/web/status/1…6 hours ago22 May 2022
Ed Walker 🍞🌹💉💉@MasaccioEWRT @espinsegall: Good morning. So Ginny Thomas was paid for many years to lobby against the ACA while Clarence Thomas on several occasions…10 hours ago22 May 2022
Ed Walker 🍞🌹💉💉@MasaccioEWRT @Artemesia44: We have a SC that is almost entirely right wing Catholic and is trying to impose its Opus Dei, handmaiden cult views on th…10 hours ago22 May 2022
Jim White@JimWhiteGNVWe feast tonight! The butts cooked faster than expected., but will hold safely wrapped in foil and in a cooler unti… twitter.com/i/web/status/1…1 day ago21 May 2022
RayneToday@raynetodayRT @darth: i know this is completely unrelated but imagine spending nine fuckin hours with that guy2 days ago21 May 2022
Jim White@JimWhiteGNVWho’s ready for baseball at the end of the rainbow? pic.twitter.com/QWJZZK5LpC2 days ago20 May 2022
Jim White@JimWhiteGNVMore than fifty folks from the church are signed up to eat pulled pork in my back yard tomorrow evening. Fortunatel… twitter.com/i/web/status/1…2 days ago20 May 2022
RayneToday@raynetodayRT @wyatt_privilege: Not a mind blowing observation but the game now is to send crazy shit upstairs to scotus and invite them to remold, sc…4 days ago19 May 2022
RayneToday@raynetoday~ding-ding-ding~ Accurate. twitter.com/robinmarty/sta…4 days ago18 May 2022
Univision’s Follow-Up Question What Does the Government Consider “Protected” First Amendment A...
Scroll to top