CantorQuake: Trembling at the Heart of GOP Claims We Don’t Need Government

Back in March, after the Japanese earthquake, Eric Cantor defended Republican plans to cut funding from the USGS and warning systems to help in case of a disaster.

This is the epicenter of the freak 5.9 Richter earthquake that just hit Virginia. 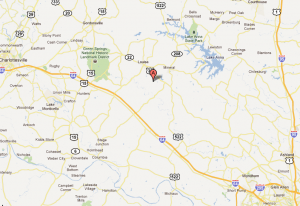 Here’s the location of the Anna 1 and 2 nuclear power plants, which lost power. Power has now been restored. 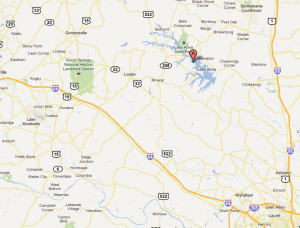 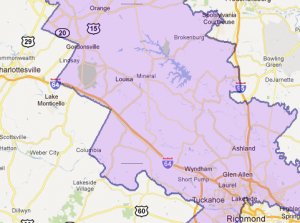 Update: The NRC apparently ranks this nuclear power plant as the 7th most likely to be hit by an earthquake.

The United States Nuclear Regulatory Commission has ranked the earthquake damage risk at all 104 nuclear power plants in this country. The pair operated by Dominion Power, at Lake Anna in eastern Louisa County, come in at 7th most ‘at risk’ on the list.

According to the Nuclear Regulatory Commission, North Anna 1 and 2 face an annual 1 in 22,727 chance of the core being damaged by an earthquake and exposing the public to radiation.

Update: Apparently, budget cuts in the 1990s led to the removal of seismic equipment at the North Anna plant. (h/t Kirk)

The Virginia Tech Seismological Observatory (VTSO) is one of the primary sources for data on seismic activity in the central East Coast.  In 1963, as part of the worldwide program, seismographs were installed at Blacksburg, and in 1977 several more seismographs were stationed in the Commonwealth and operated by the Virginia Division of Geology and Mineral Resources.  Some of these instruments were stationed around the North Anna Nuclear Power plant, but in the 1990’s, due to budget cuts, most of the North Anna sensors were taken off line.  Along with other southeastern regional seismic networks and the U.S. National Seismic Network, VTSO contributes to seismic hazard assessment in the southeastern United States and compiles a Southeastern U.S. Earthquake Catalog.

Cantor was in VA’s House of Delegates from 1992 to 2001, so there’s a decent chance he had a part in those budget cuts.

Update: Bob Alvarez at POGO provides some detail on the North Anna plant.

According to a representative of Dominion Power, the two reactors were designed to withstand a  5.9-6.1 quake.

The North Anna reactors are of the Westinghouse Pressurized Water design and went on line in 1979 and 1980 respectively. Since then the reactors have generated approximately 1,200 metric tons of nuclear spent fuel containing about 228,000 curies of highly radioactive materials—among the largest concentrations of radioactivity in the United States.

Nearly 40 percent of the radioactivity in the North Anna spent fuel pools is cesium-137—a long-lived radioisotope that gives off potentially dangerous penetrating radiation and also accumulates in food over a period of centuries. The North Anna Pools hold about 15-30 times more Cs-137 than was released by the Chernobyl accident in 1986. In 2003, IPS helped lead a study warning that drainage of a pool might cause a catastrophic radiation fire, which could render an area uninhabitable greater than that created by the Chernobyl accident.

The spent fuel pools at North Anna contain 4-5 times more than their original designs intended. As in Japan, all U.S. power nuclear power plant spent fuel pools do not have steel lined, concrete barriers that cover reactor vessels to prevent the escape of radioactivity.