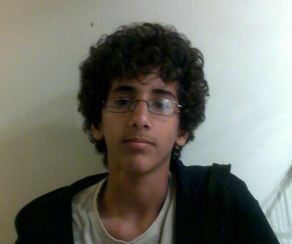 On Saturday, I wrote about a series of Friday drone attacks in southern Yemen.  The most prominent of these attacks killed Ibrahim al-Bana, who is described as the media chief for al-Qaeda in the Arabian Peninsula.  This same attack, however, also killed Abdulrahman al-Awlaki, the son of Anwar al-Awlaki, the American cleric targeted and killed last month in Yemen in another US drone attack.

Yesterday, the al-Awlaki family spoke out for the first time since the deaths, granting interviews with the Washington Post.  Notably, it turns out that Adbulrahman was only 16 years old, despite many media reports (including the AP report as carried in the Post that I quoted Saturday) that he was 21.  Here is how Abdulrahman’s grandfather (Anwar’s father) described the killing:

“To kill a teenager is just unbelievable, really, and they claim that he is an al-Qaeda militant. It’s nonsense,” said Nasser al-Awlaki, a former Yemeni agriculture minister who was Anwar al-Awlaki’s father and the boy’s grandfather, speaking in a phone interview from Sanaa on Monday. “They want to justify his killing, that’s all.”

And Abdulrahman wasn’t the only teenager killed in this attack.  His 17 year old Yemeni cousin also died.  In fact, the family claims the attack took place at a nighttime barbecue and several teenagers were killed:

In a separate statement Monday, the Awlaki family said that Abdulrahman “along with some of his tribe’s youth have gone barbecuing under the moonlight. A drone missile hit their congregation killing Abdulrahman and several other teenagers.”

The family disputes the description the US put out after his death that Anwar al-Awlaki was the head of al-Qaeda external operations:

The family, in its statement, said, “Anwar was never a ‘militant’ ” nor was he “the head of Al Qaeda external operations.”

Abdulrahman became the second American citizen killed in Yemen as “collateral damage” in an attack targeted at someone else, as al Qaeda propagandist Samir Khan was killed in the attack on Anwar al-Awlaki.  However, since virtually all attacks carried out by the US, including the two discussed here,  are initially characterized by US spokespeople as only killing “militants”, a big question becomes whether the intent all along was to kill the two additional Americans, even though there is no indication that either of them had been put on Obama’s “hit list”.

There are several key questions in the case of Abdulrahman.  Did the US know he was only 16?  Did the US know there were additional teenagers at the cookout?  Was there a conscious decision to kill Abdulrahman under the belief that he was a militant?

New technology that is in development has the potential to reduce the number of collateral damage deaths, if there is indeed a desire to reduce them.  AFP reported yesterday on the development of “kamikaze drones”:

A miniature “kamikaze” drone designed to quietly hover in the sky before dive-bombing and slamming into a human target will soon be part of the US Army’s arsenal, officials say.

The article notes the issues that have developed in Pakistan with the killing of innocent civilians in drone strikes that employ the larger Hellfire missiles and points out how the new drones are intended to improve that situation:

The Switchblade, however, is touted as a way to avoid killing bystanders.

“Flying quietly at high speed the Switchblade delivers its onboard explosive payload with precision while minimizing collateral damage,” the company said.

The US has a $4.9 million contract with the developer, AeroVironment, to supply the new drones “as soon as possible”.  It will be interesting to see just how popular the new drones become with their CIA and JSOC operators.  Will there be an effort to hit individuals with Switchblades when they are isolated and perhaps even in the open, or will the lure of killing a larger number of “militants” at one time (with attendant collateral damage likely) maintain the current status quo of most drone attacks hitting small gatherings?