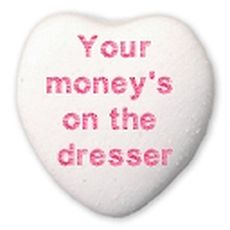 Made just for you via cryptogram.com

But there’s too much juicy stuff floating around deserving more attention. I’m going to gather content as I see it and aggregate it into a post when I have time, rather than let them slip by. Perhaps you can make more of them than I can.

•  MIT Technology Review acknowledges the dawn of a new age in Welcome to the Malware-Industrial Complex. I’m rather surprised at the tone of this piece; it’s not au courant, rather a bit behind the times since the MIC launched more than a handful of years ago. Two important points emerge: 1) Zero-day exploits are being traded like weaponry–think very hard about the source of these exploits and ask yourself why they are tolerated in government computing environments, let alone any other production environment; 2) This new age is the military face of the paradigm shift from the industrial to the information age. Weapons are information; they are no longer separate from the weapons themselves. With this in mind, the last two grafs of this article display the already-anachronistic thinking of the author and his sources.

•  Syracuse University MA/PhD student Seth Long performs a rather fascinating analysis on alleged cop killer Christopher Dorner’s manifesto. But equally fascinating is his earlier analysis on Ted Kaczynski’s Unabomber manifesto. Compare the two assessments, and then ask yourself what any blogger’s online writings might say about them if Long’s analytical process is eventually automated with algorithms. Scary, hmm?

•  Really great long read at Bloomberg Businessweek on the unmasking of a Chinese hacker by a Dell Computers malware expert. This is a snapshot of asymmetric warfare in progress; it’s not as if China has not told us rather candidly (and more than a decade ago) they would engage us in this manner as well as in other non-internet battlefields. Any surprise on the part of U.S. government officials at this point is utterly ridiculous–it’s either feigned or it’s should-get-another-day-job stupidity.

•  I’m so annoyed by this long read in Aeon Magazine–a really great mag, by the way–that I may yet muster the time to write something longer. Author Damien Walter is rather specious in his identification of a new “creator culture” and its necessity to society’s continued success. The problem isn’t that we need to adopt and nurture a new creator culture; it’s that we killed the one we had quite willingly over the last 25-35 years by offshoring production and the subsequent commodification of goods. We allowed corporations and their one-percenter shareholders to tell us that getting our hands dirty through craftsmanship and in manufacturing was bad (mostly bad for their profit margins). We’ve become a culture that doesn’t fix anything; we buy replacements made overseas in third world countries. We’ve lost our can-do spirit along with this shift, and only recently have both the economic crisis and a new hipster-hobbyist ethos encouraged a resurgence of the do-it-yourself handyperson. Unless we’re conscious of our role in killing creativity, nurturing it again through supporting Etsy and Maker Faires is merely temporary relief from the crush of profit-driven consumerism.

•  But perhaps all of this will be moot tomorrow if the cosmos decides to make a bank shot with asteroid 2012 DA14. This “small” asteroid will fly within 17,200 miles of earth tomorrow afternoon. This is awfully bloody close–close enough that scientists say disruption of cellphone and other satellite service is not impossible, but unlikely. That’s a whisker’s breadth, in cosmic scale. Best to check in tomorrow afternoon after 3:00 pm CST to see if we’re still here. See you then.