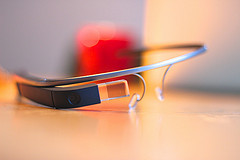 After all you father-types have finished opening your gift-wrapped nifty new cellphones and car stereo systems, wireless remote thermostats, fitness tracking watches, and Google Glasses received from your adoring spawn, you might want set aside a little downtime for reading — perhaps on that tablet or e-reader you received for Father’s Day.

Predicting the future on the Web’s 25th anniversary*, a Pew Internet study published in March this year, reveals the depth of naivete bordering on gross ignorance on the part of so-called experts surveyed for this report.

The subhead alone should concern you:

Experts say the Internet will become ‘like electricity’ over the next decade–less visible, yet more deeply embedded in people’s lives, with many good and potentially bad results

Emphasis mine — because really, how much more deeply embedded does the internet need to become in our lives before we begin to rethink its widening application?

At the risk of sounding Ted Kaczynski-ish, we have allowed the development, implementation and integration of technology to run amok. We’ve only paid attention to the narrowest benefits we might receive from explicit application of any new technology, failing to look at the systemic repercussions of all our technology on all our society and on the planet we share.

It’s not your remote controlled light switch in itself that is a problem. Go ahead, turn on your lights at home while you’re on your summer vacation across country.

It’s the lack of thought about the entirety of the internet itself and its embedment that is a major problem. We’ve already become utterly dependent upon it. The additional little tools and toys we inanely call the “internet of things” will only make the situation more complex.

Ask yourself this: If the internet suddenly crashed this week, completely collapsed for an unspecified length of time, what would happen to the global economy?

What would happen to the health of patients in hospitals and care facilities — are there monitoring and medication-dispensing applications that are both life saving and internet mediated?

How would we conduct and record any kind of transaction, between individuals, between businesses, between governments?

Would our power grid continue to run smoothly without the use of the internet?

At a minimum we should be asking ourselves at what point our government will limit its tracking and compilation of meta data, let alone whether it can use data from one’s wireless slowcooker as a criteria to dispatch a deadly drone. Imagine the mind-boggling size of the data farm required to house all the meta data alone from the internet of things.

We should be asking what happens if foreign governments conduct cyber war through this internet of things what our response should be — conduct cyber-retaliation with equal and measured response, taking out wireless ricecookers and teapots on the other side of the globe?

What happens if our cyberweapons are deployed against us, like a customized Stuxnet invisibly tweaking all the settings on all our internet of things? Would we know we’d been targeted until far too late?

Anyhow, just some food for thought, something to mull over as you flip your remotely monitored ribs on the smoker while sipping on your icy cold brew produced from your wirelessly controlled refrigerator — which may tell you soon you’re low on beer.