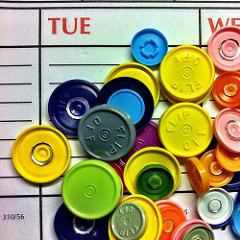 Flip off a few caps; Death came for a few more well-loved artists. Rest well, Glenn Frey, Dale Griffin, Dallas Taylor. Gonna’ be one heck of a band on the other side. [Edit: Mic Gillette, too? Stop already, Grim Reaper, check your targeting.]

Hope the cull is done because obituaries are not my thing. Hard to type and sniffle copiously at the same time.

GM Opel dealers may be altering emissions control software on Zafira diesel cars
Great, just great. Like GM didn’t have enough on its plate with the ignition switch debacle. A Belgian news outlet reports GM Opel dealers have been changing the software on the 2014 Zafira 1.6l diesel engine passenger vehicles in what looks like a soft recall. This comes on the heels of an EU-mandated recall of Zafira B models due to fires caused by bad electronics repairs. Sorry, I don’t speak Dutch, can’t make out everything in this video report. What little I can see and read doesn’t look good. Wouldn’t be surprised if the EU puts the hurt on GM Opel diesel sales until all are fixed to meet EU emissions regulations. Should also note that a different electronics manufacturer may be involved; images online of ECUs for late model Zafiras appear to be made by Siemens — unlike Volkswagen’s passenger diesel ECUs, which are made by Bosch.

Texas manufacturer swindled out of cash by fraudulent email request, sues cyber insurer
AFGlobal, based in Houston, lost $480,000 in May 2014 after staff wired funds based on orders in emails faked by crooks overseas. The manufacturing company had a cyber insurance policy with a subsidiary of the Chubb Group, and filed a claim against it. The claim was denied and AFGlobal filed suit. This isn’t the first such loss nor the first such lawsuit. Companies need to create and publish policies documenting procedures for authorizing any online payments, including two-step authentication of identities, and review overall spending authorization processes with an eye on audit trails.

Ukrainian officials say Kiev’s main airport hacked
Hackers who attacked Ukrainian power companies in late December are believed to be responsible for the malware launched on Kiev’s airport servers. There are very few details — okay, none, zero details — about the attack and its affect on airport operations. A military spokesman only said “the malware had been detected early in the airport’s system and no damage had been done,” and that the malware’s point of origin was in Russia. Among the details missing are the date the attack was discovered and how it was detected as well as the means of removal.

Hold this thought: FBI still looking for info on cable cuts, with eye to Super Bowl link
Remember the post last summer about the 11 communications cable cuts in the greater San Francisco Bay Area near Silicon Valley? This is a hot issue again, given the impending Super Bowl 50 to be held at Levi’s Stadium in Santa Clara. But reports now mention 15 or 16 cuts, not 11 — have there been more since last summer, or were there more not included in the FBI’s request for information? I’ll do some digging and post about this in the near term.

All right, carry on, and don’t drink all the añejo at once.