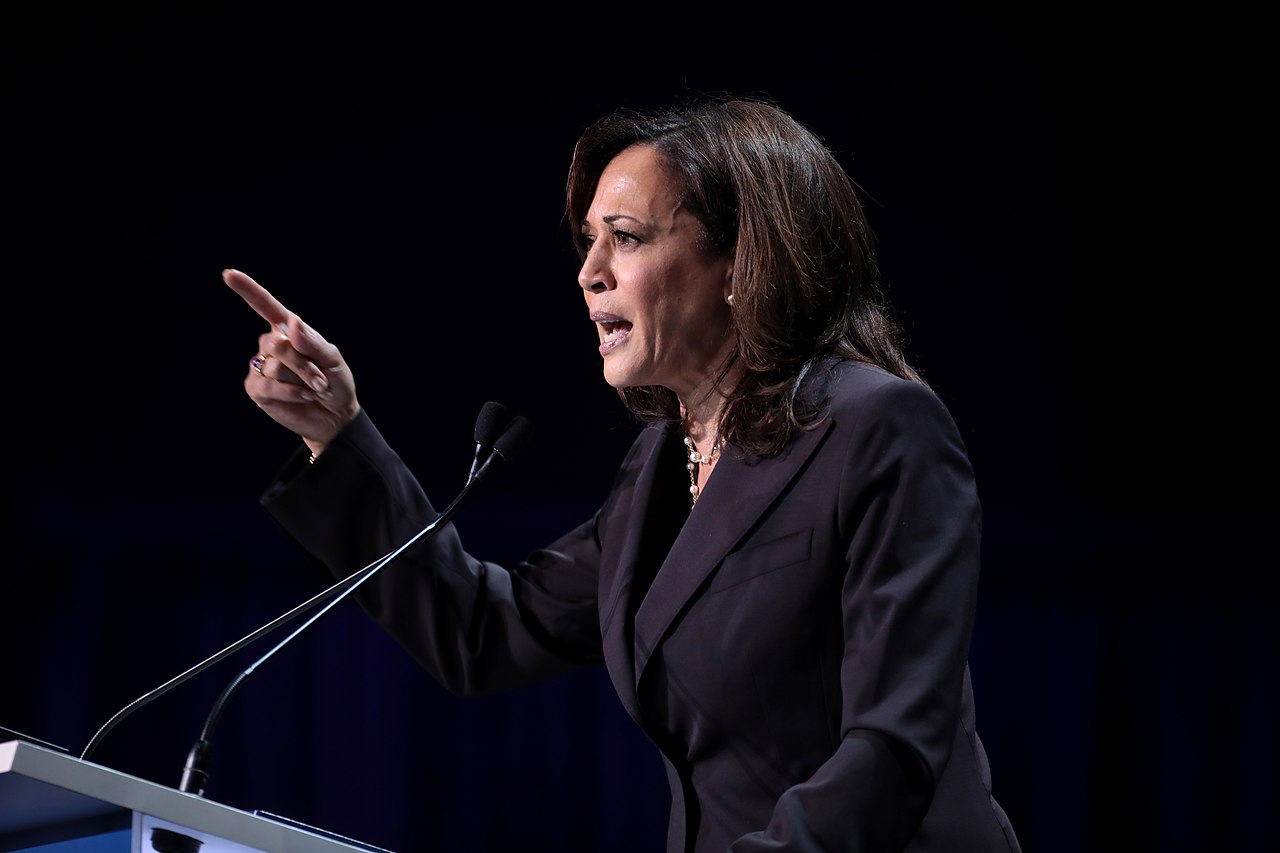 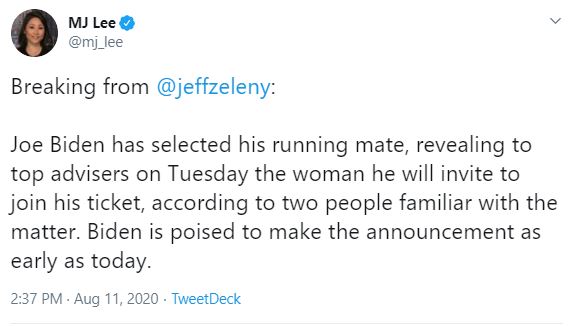 Let’s keep all the commentary about the Democratic Party’s VP nominee here in this thread alone though other topics are welcome.

Updates will appear at the bottom of this post.

No actual VP event today, per a Biden official.

doesn’t mean there won’t be a reveal of who it is, leaked or planned. just no plans for an in-person event.

As usual, assholes show up to joke about missing a rose ceremony a la The Bachelor.

According to CNN’s Dana Bash:

The Biden campaign has informed some of the women the former Vice President’s team vetted about his choice of running mate, three sources familiar with the matter tell CNN. Karen Bass was told by Biden himself that she was not the pick, a source familiar tells CNN.

Wonder if each prospective nominee will simply announce they’ve not been chosen leaving us to assume the nominee by process of elimination.

Only seven more to go, I think…could be a long evening.

Washington Post’s Jonathan Capehart interviewed all eight known candidates; you can listen to a podcast available at this link.

And there it is, the pyroclastic flow trigger… 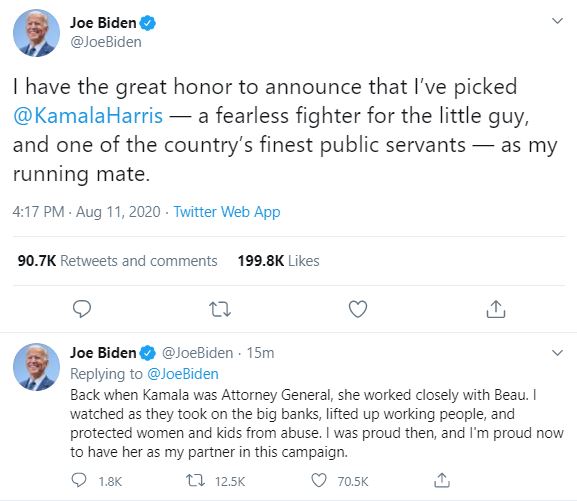 Okay, bring it. Get all the snarky takes out of your systems now.

Come dawn tomorrow it will be time to get behind these two to boot Trump and Pence out of office and take back our country.

Hurricane COVID-19: GOP’s Fiscal Restraint Pisses into the Winds Jeff Wall: It Would Cause Attorney General Barr Irreparable Harm If He Had to...