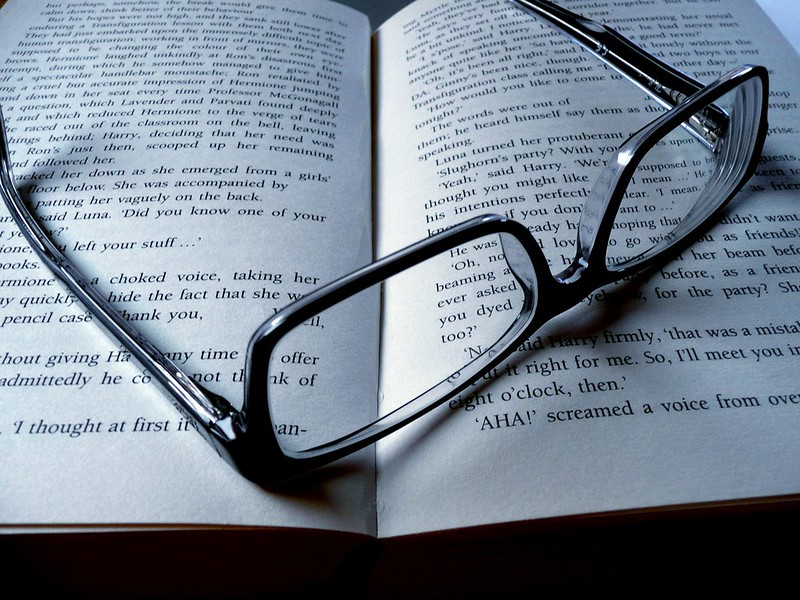 Most of the books I’ve posted about here are non-fiction. They include histories, intellectual histories, semi-philosophical texts, and a few polemics. I read lots of other stuff too, often just to clear my head from abstractions and theories. I’ve read a lot of murder mysteries, sci-fi (not so much fantasy), serious novels (think Pynchon), old novels, thrillers (not so much lately, real life is scary enough), as well as science, historical fiction, religion, and more.

I never bothered with romance novels, though. I read a couple of Janet Evanovich novels I found in a beach rental: they were delightful reading in the hot sun. I read one or two Outlander novels by Diana Gabaldon I found in another rental, which were fun light reading. That’s about it. Several years ago my excellent daughter gave me a copy of Courtney Milan’s The Suffragette Scandal. I enjoyed it immensely. It’s an imagined history set in 1877 England, the sixth in a series called The Brothers Sinister. So I bought the series and became a Courtney Milan fan.

Milan writes both historical novels set in 19th C. England, and contemporary novels. She writes lots of interesting characters, including those of different ethnic backgrounds and gender identities. Some books have interesting plots, others are more focused on relationships.

Well, turns out Milan is actually Heidi Bond, a graduate of U. Mich. law school. She clerked for Alex Kozinsky who resigned in disgrace. Here’s one reason why. She went on to clerk for Sandra Day O’Connor. I learned all this because the Michigan Law Review asked her to do a book review. She chose one of my favorite novels, Pride And Prejudice by Jane Austen. Her review is titled Pride And Predators, and it’s great.

I sent a link to the Bond/Milan review to Rayne, a real Janeite, and of course she’d already seen it. I explained that I’d read a bunch of romance novels, which I found more or less randomly, through Goodreads, best-sellers lists, and NetGalley, among other sources. I really didn’t like most of them. They rely on improbable plots, like billionaires marrying single moms who work at Denny’s; there are whole series based on single working women marrying billionaires. Characters have stomach flutters and goose pimples when they meet, and these continue until they get together for sex; it’s like the only thing on their minds is sex. The men are all buff hardbodies (google “hard-planed chest”); I didn’t see a single one that looked like someone you’d see on any beach. There is a lot of discussion of clothes.

The single most irritating thing is the paragraphs of discussion about what’s in the heads of characters, even in scenes based on dialog. The character says something, and the next paragraphs are discussions of that something. Then the other character says something, followed by more discussion. None of this advances the plot. Sometimes we get new information about the character, but most of it tells us nothing new. There’s a lot of repetition, as if we can’t remember what we read earlier. There is an excellent example of this in this post by writer and editor K. J. Charles. (H/T Kate).

It’s distracting and mildly unpleasant to me. I’m good with the omniscient narrator who occasionally explains what’s happening with characters. We see that in Pride And Prejudice, where the narrator becomes another character, in that case, one I’d like to know. But in the romance novels I read, it was a real problem. I found myself skipping ahead to the next line of dialog, ignoring the commentary.

As Charles says in the blog post, it’s just bad writing. So why are these novels so popular? Romance is the largest selling genre of books. They’re everywhere from drug stores to grocery stores to real bookstores, to airport stores, and of course the online book sellers. Amazon has a list of Romance best-sellers, about which I express no opinion. People are paying for them and they must offer something.

Rayne gave me some advice.

1. She suggested I read Visual Pleasure and Narrative Cinema by Laura Mulvey, which is one of the early articles addressing the male gaze. The idea is that movie-goers, men and women, watch movies through the psychological formations that they bring with them. Watching movies generates two kinds of pleasure:

The first, scopophilic, arises from pleasure in using another person as an object of sexual stimulation through sight. The second, developed through narcissism and the constitution of the ego, come from identification with the image seen.

Because we live in a patriarchal society, looking is divided into two kinds: active/looking (male) and passive/looked-at (female). Movies privilege the male gaze. They seem to be designed to fulfill the scopohilic pleasure of the male on the screen and the male watcher in looking at others on the screen, especially women; and identification by the male spectator with the male on the screen who acts toward the more or less passive woman. The analysis is grounded in Freudian and Lacanian psychoanalysis.

Psychoanalytic theory is thus appropriated here as a political
weapon, demonstrating the way the unconscious of patriarchal society has structured film form.

It’s a fascinating essay. The idea of the male gaze is not dependent on psychoanalytic theory. It’s easy enough to deduce from a close watching of movies from years before 1975 when Mulvey wrote. Jane Fonda’s Barbarella springs to mind. A later example more focused on the pleasure of identification with the male lead, there’s Kiss Of The Dragon, starring Jet Li and Jane Fonda’s niece, Bridget Fonda.

The idea of the male gaze is easily transferred to books. I’d like to think The Great Transformation by Karl Polanyi and The Origins of Totalitarianism by Hannah Arendt are neutral as respects gender and sexuality, because neither focuses on those matters. As respects the prose of these books, I doubt that even a careful reader would be able to assert with confidence that one was written by a man, the other by a woman. But as to choice of themes? I don’t know. Maybe Arendt is a special case of transcendent genius, and the comparison isn’t fair.

Anyway, it’s obvious that romance novels, especially the ones I don’t like, aggressively reject the male gaze. The writers don’t care what I think about literature, or how I approach their works. They aren’t trying to impress me and they don’t care if their sex scenes titillate me. That’s a really useful way to read these books. I should ask myself what it would feel like to enjoy them. What are the points that make them interesting to so many other people? What needs or desires do they fulfill? Is it voyeurism to read them?

2. As to my complaint about bad interior monologue, Rayne introduced me to the idea of free indirect speech.

Free indirect discourse can also be described as a “technique of presenting a character’s voice partly mediated by the voice of the author”, or, in the words of the French narrative theorist Gérard Genette, “the narrator takes on the speech of the character, or, if one prefers, the character speaks through the voice of the narrator, and the two instances then are merged”.

I hear you about the use of free indirect speech in romance genre. Austen is one of the earliest to use it, and she may have done so in part because she didn’t have formal education afforded to young men of her time.

For the last hundred years writers have been encouraged (bordering on pressured) to “show, don’t tell” in fiction as well as narrative non-fiction. But many of the authors who exemplify this style of writing, from Chehkov (“Don’t tell me the moon is shining; show me the glint of light on broken glass”) and Hemingway (see his Iceberg Theory) to Chuck Palahniuk (who wanted to ban dialog tags referring to thinking). They’re nearly all men — I can’t think of a woman author who typifies this push. The emergence of modern marketing copy which sold sizzle, not the steak, also shaped this move away from indirect speech, and much of that emergent copy was written by “Mad Men.”

In other words, much of modern writing and the subsequent education which embraced it reflected “male gaze.” It’s what Carla Lonzi rejected in the late 1960s but didn’t yet have a concise theory to express her perspective. Laura Mulvey fleshed out her theory of “male gaze” in her 1975 essay “Visual Pleasure and Narrative Cinema.”

What you read in romance written primarily by women authors may be an unconscious rejection of the male gaze. In some cases it’s a pointed rejection — the smut and clothes serve female gaze not served elsewhere, and the authors knowingly include it though they may call it “fan service” to do so. And the excess of free indirect speech is an embrace of what women experience, their tendency to overthink everything in a world which punishes them for failing to fit a model mold. There are a plethora of memes about women overthinking: 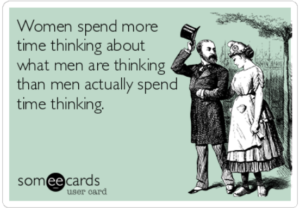 Perhaps women authors are ready to turn a corner, though, because they don’t need to overthink what’s finally given to them.

It’s taken since Mulvey’s essay for TV/film industry to fully embrace serving female gaze. STARZ’s Outlander series is one example as is Netflix’s Bridgerton, both of which are based on period fiction with the latter far more inclusive. So sorry, you may have to bear with more bare male ass and proportionally less heaving female bosoms in both.

Well. According to the Wikipedia entry on male gaze, there is some agreement with Rayne about Austen’s use of free indirect speech. That seems wrong to me; as I said, I see the form as the omniscient narrator, and frequently a delightful character. But we can disagree about that without disturbing the main points about gendered writing.

Here’s a good site with tons of reviews of romance novels of all types.

It’s Summer without Covid-19. Let’s enjoy all of it.