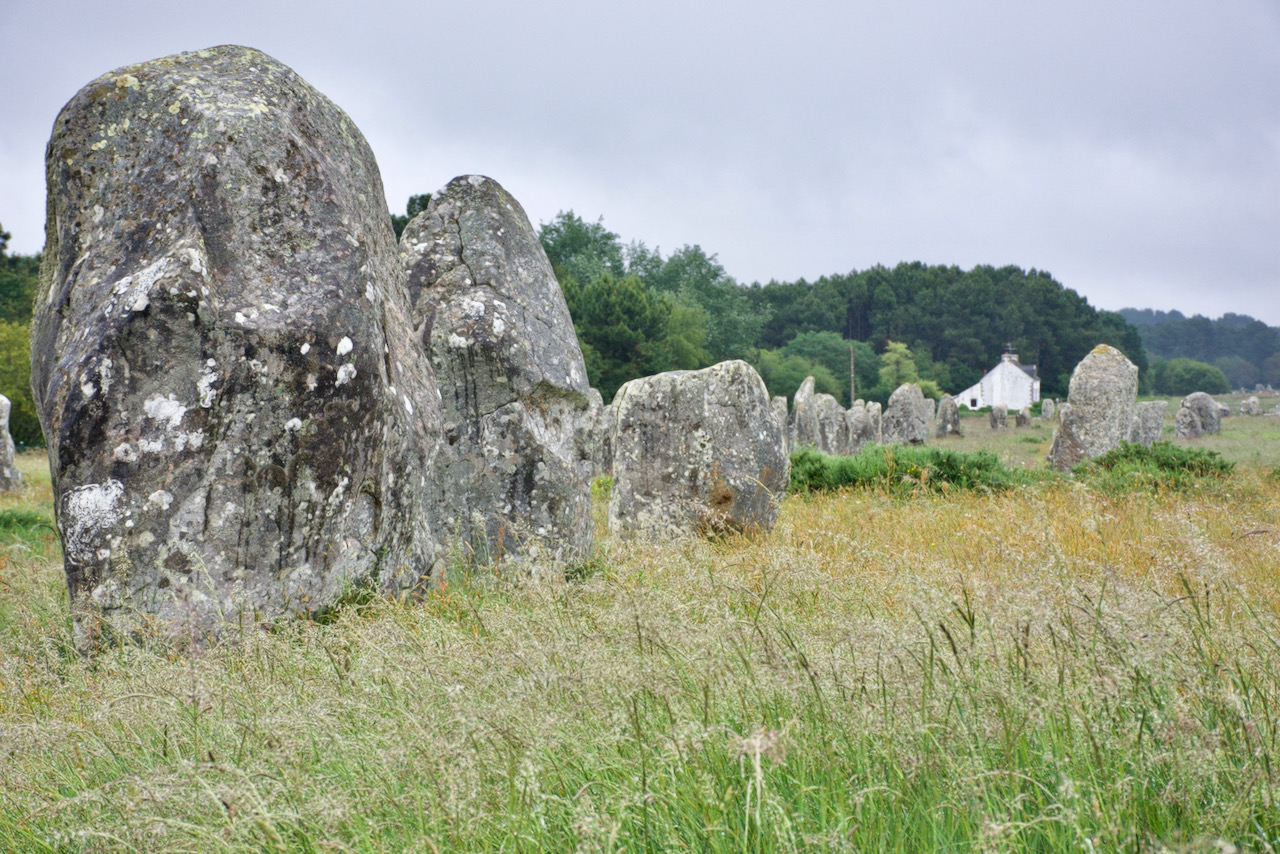 Chapter 4 of The Dawn Of Everything by David Graeber and David Wengrow dispels myths about hunter-gatherer societies, the normal state for humans until the last few thousand years. The standard image is that these were small bands who roamed about looking for nuts and berries and killing small game. They were egalitarian in the sense that wealth and power were shared among all the mature members of the group. Then they discovered farming and began to develop civilization, hierarchies and bureaucracies.

The authors have a more interesting story. For most of human history humans were foragers, hunter-gatherers. But they weren’t all roaming around. They lived in coastal plains, along rivers, and in fertile woodlands, mostly settled, but moving about from time to time. We don’t have any direct evidence of their lives or social structures, but we can speculate based on tools and other archaeological evidence.

We do know that they were travelers. There is evidence that some of them covered great distances at least once in a while to gather stones, shells, different foods. We also know they gathered together in relatively large numbers once or twice a year to build immense structures for unknown reasons. They transported huge stones over great distances,and moved enormous amounts of dirt in what had to be a coordinated effort That implies a lot more organization and planning than the simple-minded myth suggests.

One example I’ve actually seen is the Carnac Alignments, near Carnac in Brittany. Large stones were transported from far away and arranged in neat lines in increasing heights over about two kilometers from North to South. At the South end there is a circle of stones about 50 feet in diameter, each about 20 feet high, close together. Here’s a blog post by my fellow traveler with lots of pictures and description. There are similar sites all across Europe. No one has a clue why our ancestors thought doing this was a good idea.

Forager societies built enormous earthworks at sites around the world. One of the largest is at Poverty Point, Louisiana. There are a number of very large mounds, the significance of which is unclear. The authors think the construction relied on sophisticated geometrical knowledge. There are somewhat similar mound sites in Ohio.

The authors think we can gain insight into these early cultures by looking at ethnographic studies dating back to the earliest European newcomers, as well as studies of African, Australian and other forager societies that persisted into the 20th C.

The usual story about forager societies is that they are egalitarian in most respects. One theory is the simple idea that there is no property so everyone is equal. This ties neatly into the rest of the standard story of the evolution that Brought human beings to the present. Before farming was invented, it was very difficult to create the kinds of surpluses of material goods and food considered necessary for a complex society.

That doesn’t explain how our ancestors journeyed across the US Southeast to build those enormous mounds at Poverty Point. They must have been able to feed themselves, even without organized farming. Similarly, how did the Carnac culture get the food and shelter needed for the transport and construction of their site? Obviously there was enough food and material for shelter during travel and construction and return travel.

There was also some kind of organization sufficient to keep the construction going. It may not have been run by authoritarians. Perhaps it was consensual, or short-term hierarchies were created. We don’t know. But it’s a lot more than we attribute to forager societies in the usual telling.

Another idea about egalitarianism is that people insisted on personal autonomy.

What matters to Montagnais-Naskapi women, for instance, is not so much whether men and women are seen to be of equal status but whether women are, individually or collectively, able to live their lives and make their own decisions without male interference. P. 130.

This is egalitarian in the sense of personal liberty, personal freedom. It begins with the freedom from other people bossing one around.

Most people today also believe they live in free societies (indeed, they often insist that, politically at least, this is what is most important about their societies), but the freedoms which form the moral basis of a nation like the United States are, largely, formal freedoms. American citizens have the right to travel wherever they like – provided, of course, they have the money for transport and accommodation. They are from ever having to obey the arbitrary orders of superiors – unless, of course, they have to get a job. In this sense, it is almost possible to say the Wendat had play chiefs and real freedoms, while most of us today have to make do with real chiefs and play freedoms. P. 130-1; fn omitted.

The Origin Of Property Rights

At the end of Chapter 4, the authors offer a theory to explain the origin of private property. They say that our ancestors as far back as we know had only one type of property not shared in common: sacred objects and knowledge. These things are set apart from all others. In European culture private property is held against the whole world. No one is allowed to interfere with one’s ownership of private property. In that sense, the authors see a connection to the sacred.

…[W]e take this absolute, sacred quality in private property as a paradigm for all human rights and freedoms. ,,, Just as every man’s home is his castle, so your right not to be killed, tortured or arbitrarily imprisoned rests on the idea that you own your own body, just as you own your chattels and possessions, and legally have the right to exclude others from your land, or house, or car, and so on. P. 159; fn omitted.

1. I shortened the discussion of the sacred on the ground that ethnographic data won’t translate back to our distant ancestors. The fact is that I don’t think much of the connection between the sacred and private property.

2. The idea of autonomy seems fairly close to Elizabeth Anderson’s ideas of freedom, which I have discussed in several posts in this series; see also links above.

3. The authors are looking for an explanation of how we got stuck in the present set of hierarchical arrangements dominated by a small number of people.

Ruling classes are simply those who have organized society in such a way that they can extract the lion’s share of that surplus for themselves, whether through tribute, slavery, feudal dues or manipulating ostensibly free-market arrangements. P. 128.

I don’t think we can find an answer to the author’s question in their book. I think we need a broader look. I wrote several posts at FireDogLake about Michel Foucault’s Discipline and Punish: here and here. I think these help us get at the problem.

Maybe we’re stuck beause the ruling classes benefit are focused on preventing change that might inconvenience them and have arranged social structures that make that easy for them.