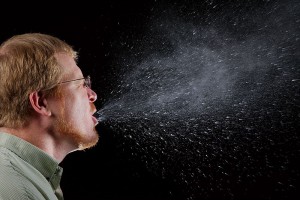 tweets from our circle
Ed Walker 🍞🌹💉💉@MasaccioEWMeanwhile, Repubs cheer DeSantis banning popular kids books. twitter.com/matthewstoller…10 minutes ago08 February 2023
Ed Walker 🍞🌹💉💉@MasaccioEWMarsha's social media intern is busy tonight quoting Fox News other Qrazy sources. twitter.com/MarshaBlackbur…12 minutes ago08 February 2023
emptywheel@emptywheelRT @DavidDark: "Polarization and trust in the media lie at the center of Gerth’s project. Yet he failed to consider how the dossier, not th…4 hours ago07 February 2023
bmaz ( @[email protected] )@bmazI don't ever promote much of anything, but this chocolate is seriously good. kuhl.com/kuhl/other/acc…1 day ago07 February 2023
bmaz ( @[email protected] )@bmazNobody wants to coach the Cardinals. twitter.com/Vikings/status…1 day ago06 February 2023
bmaz ( @[email protected] )@bmazWhy did you need a gun in Mexico, jackass? Am there quite frequently, and never needed a gun. NASCAR Star Kyle Bu… twitter.com/i/web/status/1…1 day ago06 February 2023
Jim White@JimWhiteGNVRT @bmaz: @JimWhiteGNV @ptoemmes @laRosalind This is important. The last time I heard about a Komodo, it bit Sharon Stone's husband. http…4 days ago03 February 2023
Anwar al-Awlaki FOIA: The CIA Speech the CIA Did Not Mention SEC versus Pac-12 Throw Down Trash Talk
Scroll to top