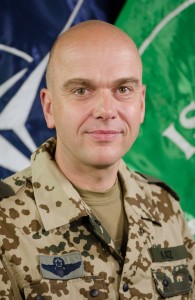 Particularly important is how McClatchy exposed a direct lie from NATO on an operation to repel an insurgent attack:

Afghan security officials have told McClatchy that ISAF and the Afghan government frequently overstate the capability and role of Afghan forces in operations, including the ability of some elite local units. The officials spoke on condition of anonymity because of the sensitivity of the subject.

Last month, a McClatchy reporter observed Norwegian special forces taking a lead role in ending an insurgent siege of a restaurant near Kabul, even though the ISAF commander, U.S. Marine Gen. John R. Allen, credited the Afghan police commandos the Norwegians train. Allen described ISAF’s role in the fight as “minimal.” Afghan government officials claimed only “two or three” Norwegian “advisers” were involved in resolving the siege, but reporters counted around a dozen.

A Norwegian Defense Ministry spokesman also confirmed that the Norwegian special forces had played an active role in operations with the Afghan police commandos they are mentoring.

One more point from the article stands out. Here is Katz (link to Katz’s bio is here) continuing on his propaganda that Afghan forces are on course for taking over full responsibility for security operations when NATO forces are gone:

Katz said that the complete transfer of responsibility of security in Afghanistan would take place as scheduled by the end of 2014.

“We’ve still got 29 months to go, which is quite a long time, actually,” Katz said.

He said that Afghan security forces would grow to the target of 352,000 service members by the end of summer and that 40 percent of all operations are being planned and led by Afghan forces.

Note that Katz says that 40% percent of all operations are led by Afghan forces. Yet, if you go to the ISAF website and read the daily operational updates, a very different story is painted by ISAF’s language. The updates for July 9 and July 10 combine to describe a total of eleven independent operations, and in their descriptions of ten of those eleven, the language used is “Afghan and coalition security forces”. In only one case was the action described as being by “Coalition forces” without reference to Afghans being present. Even though Katz only claims that 40% of operations are Afghan-led, ISAF lists Afghans first in all ten of the descriptions of joint operations in their attempt to present a false image of the capabilities of Afghan forces.