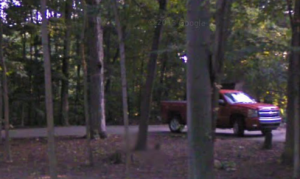 They would have you believe that two Pulitzer Prize winners would defy White House and CIA wishes with a story sourced to a single source who, just a day earlier, had provided a mistaken guess about the excitement. They would have you believe that Adam Goldman (probably) would be added as a byline to a Matt Apuzzo story for shits and giggles, not for reporting beyond the few text messages and 2-minute phone call they depict Apuzzo (probably) as having had. In short, they would have you believe they caught the single solitary guy behind this story (though if it were true it’d make it all the more clear that the real damage was done by Brennan and not Sachtleben), even while the AP story makes it clear there were multiple sources, some discussing topics not depicted in the FBI’s account.

And they would have you believe that they would arrest a guy who had been working in the immediate vicinity of the UndieBomb in between the time the government learned of the imminent story and its publication, seize his devices, as well as a SECRET November 2, 2006 CIA intelligence report, but that that arrest had nothing to do with nor led to suspicions he was also the leaker.

It’s an interesting tale, but so much of it doesn’t make sense no one should believe it.

But the seizure of that CIA report and the placement of Sachtleben in the UndieBomb examination room and the ability to get Sachtleben’s contact records without a warrant would have provided the FBI reasonable suspicion to get a warrant to search the rest of his devices long before DOJ seized AP’s phone records. Had they wanted to investigate Sachtleben for his potential role in leaking to the AP in 2012, they had the means to do so.

Which seems to indicate two things. This story is meant to provide closure to the leak investigation the GOP demanded as well as a public excuse for seizing 100 journalists’ metadata they didn’t need to find the ultimate sole public culprit. (It helps, too, that DC US Attorney Ronald Machen was able to shunt this matter off to Indiana, so DC reporters couldn’t look for any sealed underlying dockets in DC.)

When DOJ released its “new” reporters guidelines, they made it clear they intended to deal with leakers internally now.

The Department will work with others in the Administration to explore ways in which the intelligence agencies themselves, in the first instance, can address leaks internally through administrative means, such as the withdrawal of security clearances and the imposition of other sanctions.

Intelligence Community Inspector General Charles McCullough was already working on hundreds of such investigations going back to November 2011 (see also this post). It’s likely we’re already seeing the new mode of dealing with leaks — at least for favored sources leaking to favored reporters — in the stripping of James Cartwright’s security clearance.

A timeline of these two purportedly parallel investigations is below. You tell me whether FBI’s claims don’t seem ridiculous?

Fall 2009: Sachtleben starts serving as source for Matt Apuzzo or Adam Goldman (probably the former, as he was already covering DOJ)

Undated: FBI searches Nicoson’s email account, finds October 25, 2011 email from pedodave69 [I’ve placed this in different position than government because something must have justified the Nicoson warrant and there must be some reason DOJ doesn’t give this date — it may well be even earlier]

April 30, 2012, 7:14PM: AP journo and Sachtleben started texting. [Note, the statement of offense says they got this from Sachtleben’s devices.]

AP: Al-Asiri is up to his old tricks. I wonder if ur boys got a hold of a cavity bomb. :)

Sacthleben: Yikes. Remind me to bring sum purell to the lab

AP: Not totally sure though

Sachtleben: Hmm. Methinks the 10am news conf may be related. 9:48AM

Sachtleben: Just abt to take off. Will be curious to c coverage when I land at dulles. Hope that tsa doesnt get out the rubber gloves and ky 9:52AM

Sachtleben: Got that one wrong. A lil surprised they r wrkin 24 hr shifts cuz of those mutts. Still mght b sumthin else brewin. Will find out tomorrow [emphasis FBI’s]

May 2, 2012, 10:25AM: Sachtleben calls AP, speaks for 2 minutes. Discloses information he believes to be at least Secret and presumably involves the CIA.

FBI was then engaged in an ongoing, secretive, and sensitive analysis of the bomb; analysis which involved other parts of the United States government besides the FBI.

Note, several of these details are not specifically sourced; the anonymous ones that are are sourced to “US government officials” and “authorities”–both plural.

May 7, 2012: John Brennan briefs former CT Czars, indicates we had inside source, which leads to disclosure of British/Saudi infiltrator

May 10, 2012: Peter King calls for investigation of AP’s (but not ABC’s) sources (he also claims Speaker Boehner hadn’t been briefed and “very few in the FBI” knew about it)

May 11, 2012: Sachtleben returns to Indianapolis from Quantico; FBI Special Agents observed him carrying a laptop as he arrived at the airport, suggesting they were tailing him already; he drives his Chevy Surburban (not the red truck in the Google surveillance) from the airport; FBI and local law enforcement execute the May 3 search warrant as he arrives; FBI did a “limited on scene triage” of the computer and found images tying him to pedodad36569; Sachtleben’s contract with FBI terminated; (presumably same date) FBI also seizes November 2, 2006 SECRET/NOFORN CIA intelligence report charged in leak case

May 7 to May 15, 2012 (presumably): Sachtleben continues to provide AP information on UndieBomb

June 11, 2012: Government files for extension on indictment with Sacthleben agreement

August 10, 2012: Information in lieu of indictment

May 10, 2013: Ronald Machen informs AP it took 20 phone lines worth of call records; the seizure was probably 90 days earlier

July 7, 2013: Because of his attorney’s scheduling conflict, Sachtleben asks to continue plea and sentencing to August 13

Between August 7 and 28, 2013: Government submits two motions (one is for revocation of pretrial release) that are sealed on August 28